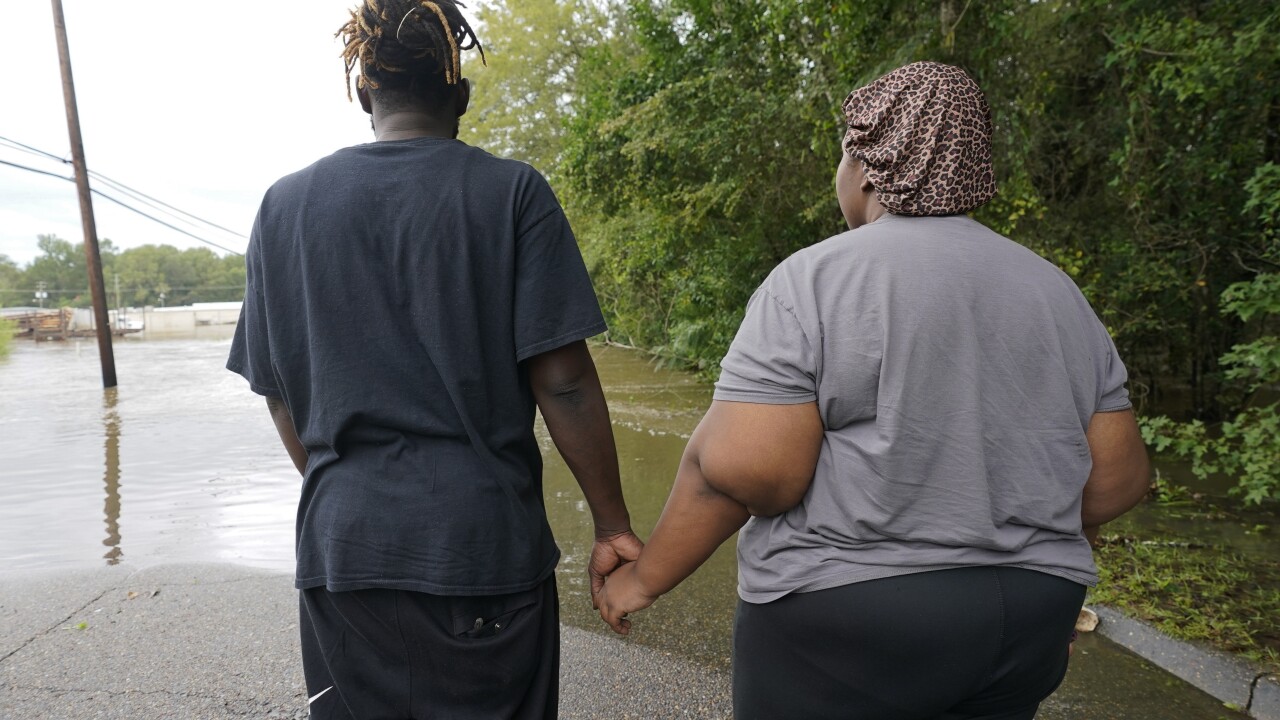 Copyright 2020 The Associated Press. All rights reserved
Gerald Herbert/AP
Sammie Jenkins and Raquel Knight observe flood waters, Thursday, Sept. 17, 2020, in Brewton, Ala. Rivers swollen by Hurricane Sally's rains threatened more misery for parts of the Florida Panhandle and south Alabama on Thursday, as the storm's remnants continued to dump heavy rains inland that spread the threat of flooding to Georgia and the Carolinas.(AP Photo/Gerald Herbert)

Rescuers with high-water vehicles have been rescuing people on the Gulf Coast cut off by floodwaters after Hurricane Sally.

Homeowners and businesses along the soggy Gulf Coast were cleaning up, even as some communities dealt with flooding from rivers and creeks swollen by the storm’s heavy rains. At least one death is blamed on Sally, whose rainy remnants are currently over South Carolina.

"16 years ago to the day when hurricane Ivan hit our state, hurricane Sally provided an unwanted sequel citizens are woke to extensive damage and destructive property and loss of power and infrastructure. And sadly, even the loss of life, when it could be much worse, it's been mighty bad. And our state is reeling just as our people are hurting," Alabama Gov. Kay Ivey said.