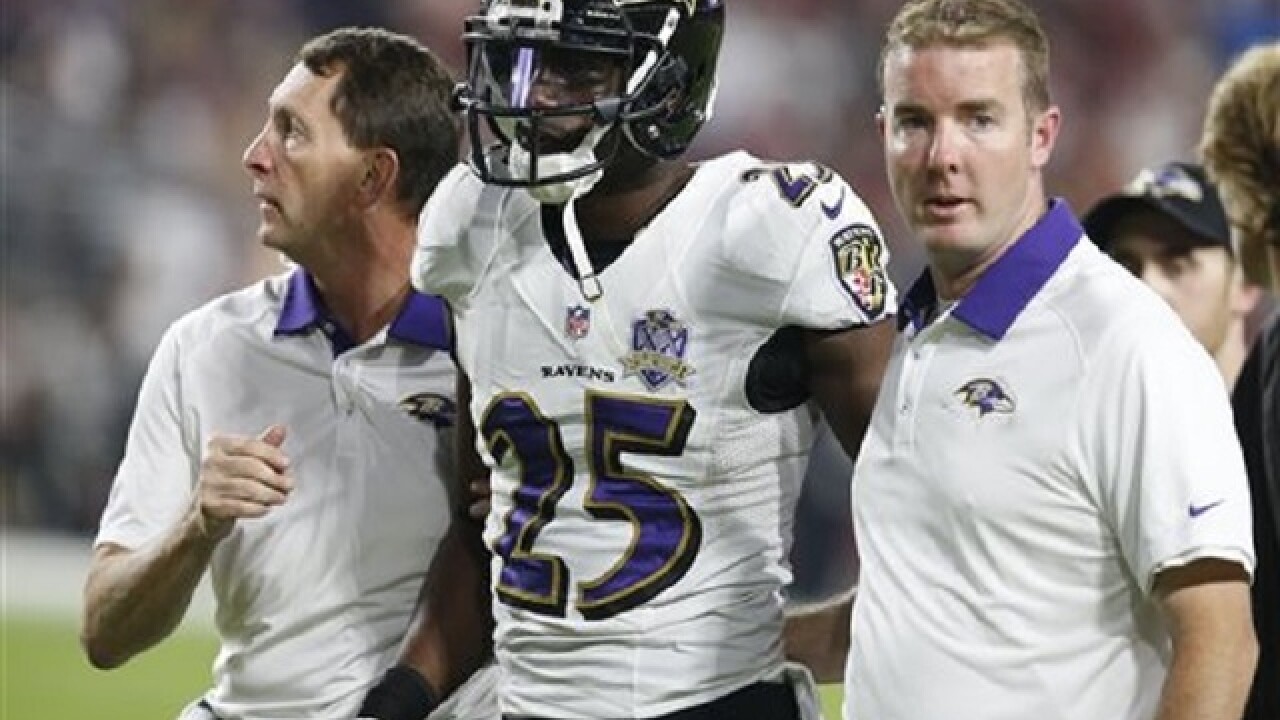 Rick Scuteri
<p>FILE - This Oct. 26, 2015, file photo shows Baltimore Ravens cornerback Tray Walker (25) during the second half of an NFL football game in Glendale, Ariz. Walker is in critical condition after being involved in motorcycle accident. The Ravens said Thursday, March 17, 2016, that Walker is at Jackson Memorial Hospital in Miami. (AP Photo/Rick Scuteri, File)</p>

MIAMI (AP) — Baltimore Ravens cornerback Tray Walker is in critical condition after police say he was involved in a dirt bike crash in Miami.

Miami-Dade Police say Walker was riding a Honda dirt bike with no lights and wearing dark clothing when he collided with a Ford Escape at about 8 p.m. Thursday.

The Ravens say Walker is at Jackson Memorial Hospital. Police are investigating.

Walker was selected in the fourth round of the 2015 NFL draft. He played in eight games last season, mostly on special teams.

In a statement, Ravens coach John Harbaugh said, "This is devastating news. Our prayers and hopes are with Tray and his family tonight."