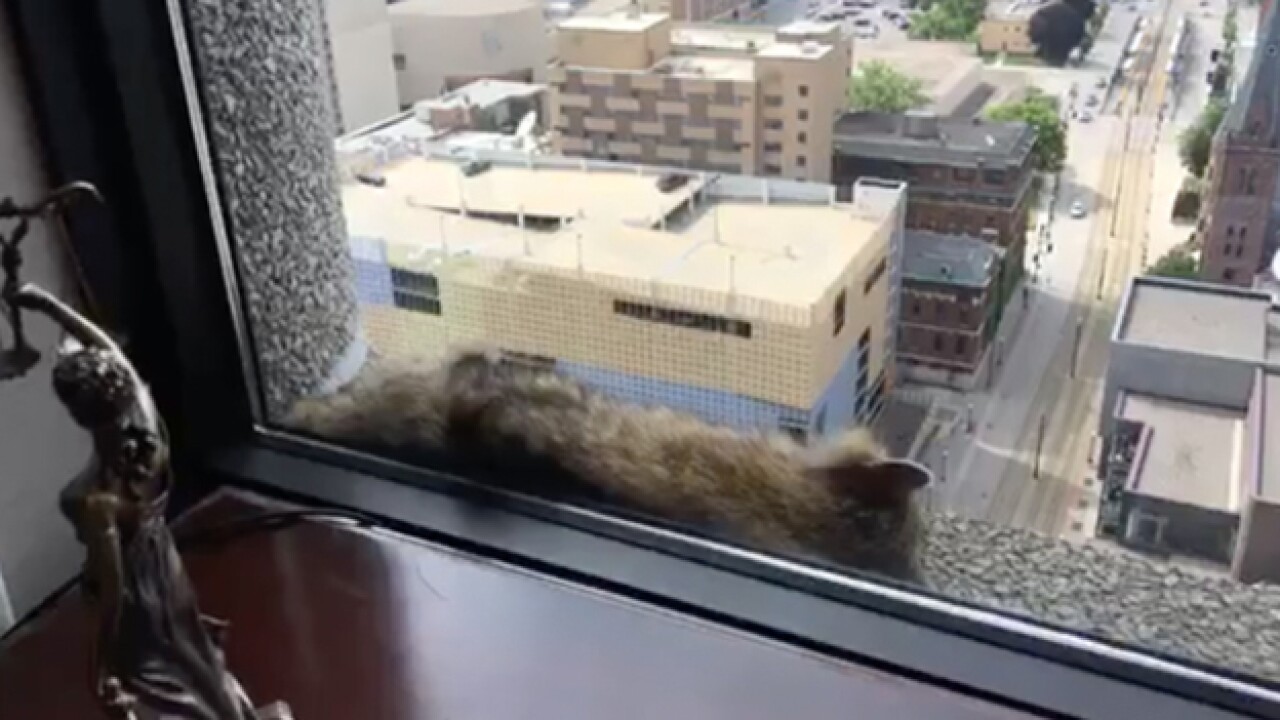 Copyright 2018 Scripps Media, Inc. All rights reserved. This material may not be published, broadcast, rewritten, or redistributed.
<p>PHOTO: MPRNews</p>

As the US slept, a small raccoon who first captured the attention of Minnesota, and then the world, did something remarkable.

He made it to the roof.

About 2.30 a.m. a grainy live feed from the scene showed a shadowy figure scurrying up and over the top of a 25-story building, prompting an almost audible sigh of relief from the internet.

For hours on Tuesday, Twitter users followed the exploits of the daredevil free-climbing raccoon.

The drama started after maintenance workers removed the creature from the roof of an office block in St. Paul, Minnesota.

Not prepared to take a hint, it headed to the neighboring UBS tower -- one of the tallest buildings in the city.

Then it started to climb.

The city's mayor, Melvin Carter, assured raccoon-watchers help was on the way.

With no balconies or windows that open, office workers inside the building were left to watch anxiously as the raccoon continued its climb.

At the 23rd floor, it stopped for a nap, allowing time for more photos.

As night descended on St. Paul, the raccoon appeared to start climbing down, before reversing course.

Concerned that the raccoon had become trapped, Twitter users called for a host of inventive solutions, including sending up a hot air balloon to take the raccoon to safety.

In the end, there was no need.

Time will tell if they've worked.