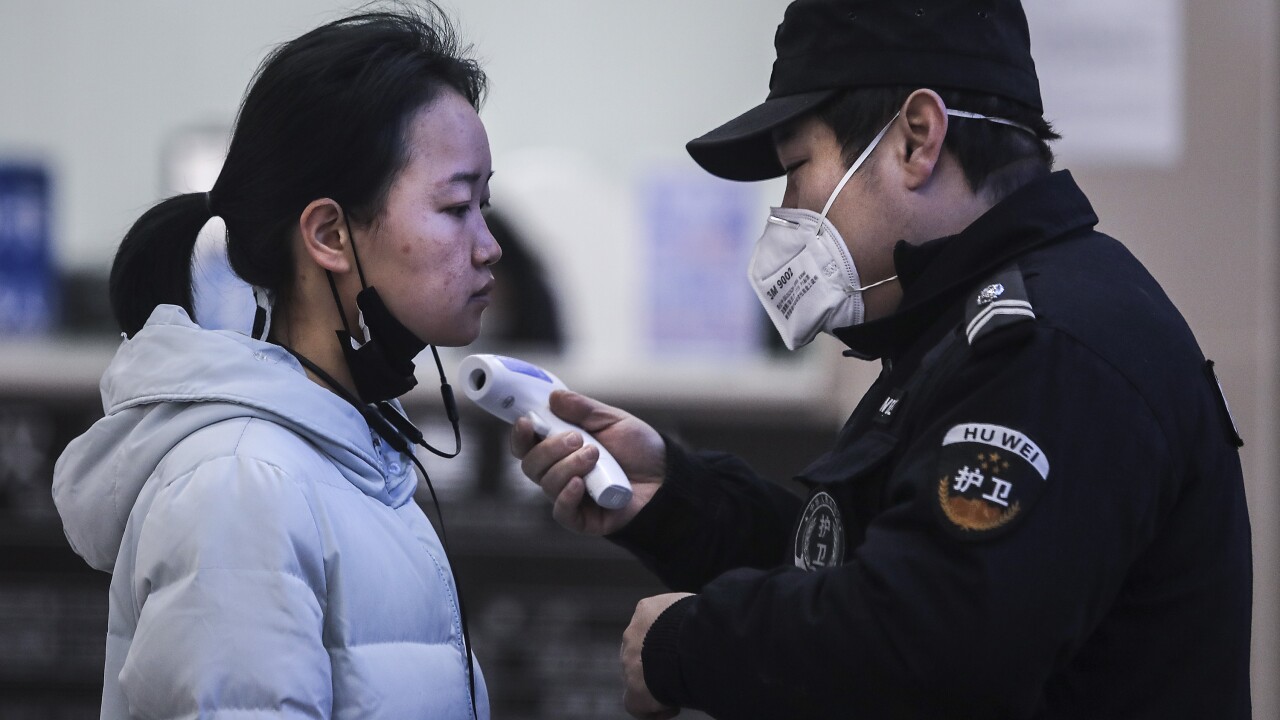 WUHAN, China – Government officials are suspending public transportation in Wuhan, China, in an attempt to stop the spread of the coronavirus that has led to at least 17 deaths, according to China Daily.

Citing local government officials, the state-owned newspaper reports that as of 10 a.m. Thursday, transportation such as buses, subways, ferries and long-distance buses will be temporarily closed.

The paper also says all flight and train departures from Wuhan will be temporarily canceled to reduce the risk of spreading the virus, known as "2019-nCoV."

Wuhan residents were also encouraged not to leave the city if there is no particular reason to, the paper reports.

The coronavirus strain is believed to have emerged from an animal market in the Chinese city, which boasts a population of about 11 million people.

Officials say more than 540 cases have been confirmed in the outbreak, Reuters reports. Several of those cases have been reported outside of China, in Japan, South Korea, Thailand and even one in the United States.

The World Health Organization (WHO) is scheduled to meet in Geneva on Wednesday to discuss the outbreak and determine whether it should be considered a global health emergency.

Click here to learn more about the coronavirus strain.