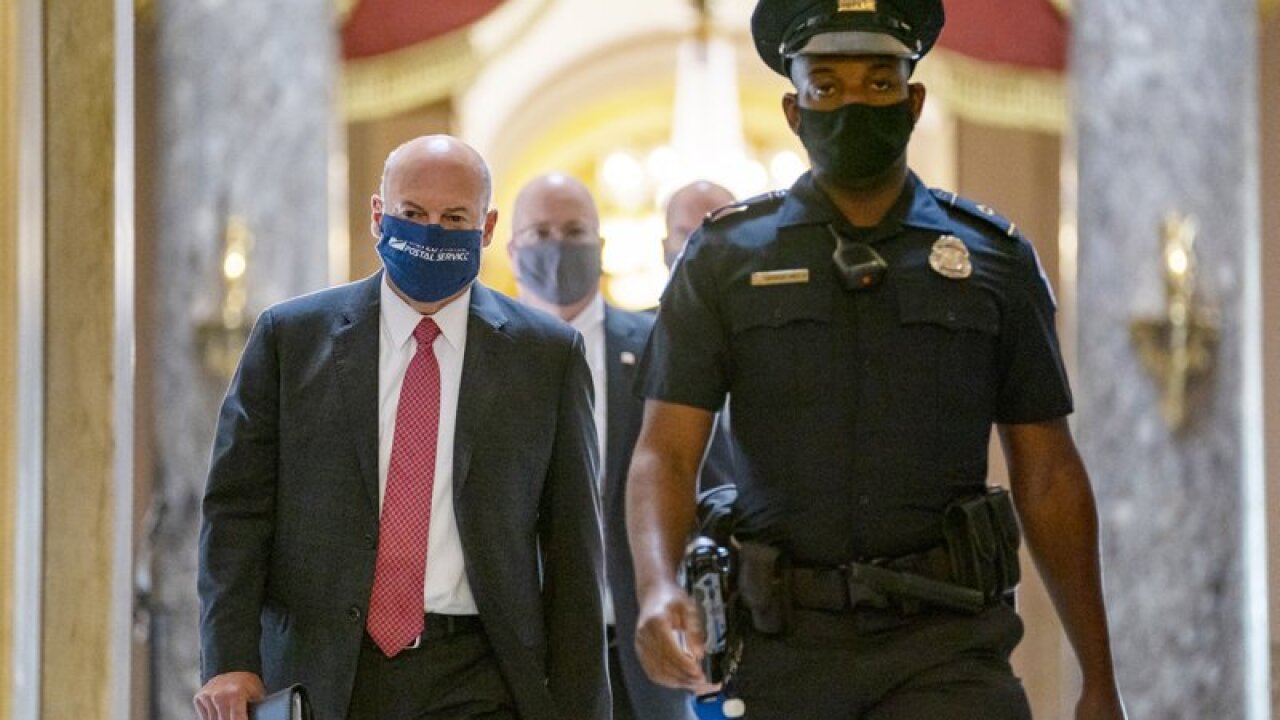 During a Senate hearing Friday, Postmaster General Louis DeJoy explained the operational changes the USPS has made in his time with the agency, adding that he believes the post office will be able to handle increased mail-in voting during the 2020 election.

"As we head into the election season, I want to assure this committee and the American public that the Postal Service is fully capable and committed to delivering the nation’s election mail securely and on-time," DeJoy said in his opening statement. "This sacred duty is my number one priority between now and election day."

Concerning various reports from across the country about distribution centers dismantling mail sorting machines, DeJoy explained that such machines weren't needed and were only operating at about 35 percent capacity. DeJoy added that the machines were removed because they will be replaced with machines that sort packages, as the USPS has seen a decrease in mail delivery and an increase in package delivery.

DeJoy did confirm that the USPS has attempted to cut out extra trips by mail carriers, which employees have said have led to significant delays in mail delivery.

DeJoy also testified that he hadn't had conversations with Trump administration officials about the USPS' impact on the 2020 general election.

DeJoy used his opening statements to urge Congress to adopt legislation that would make changes to USPS' crippling pension system.

"This year, the Postal Service will likely report a loss of more than $9 billion dollars. Without change, our losses will only increase in the years to come," DeJoy said. "It is vital that Congress enact reform legislation that addresses our unaffordable retirement payments. Most importantly, Congress must allow the Postal Service to integrate our retiree health benefits program with Medicare, which is a common-sense practice followed by all businesses that still offer retiree health care. It must also rationalize our pension funding payments."

President Donald Trump has praised the new head of the Postal Service, a Republican donor and ally. But Democrats warn DeJoy’s cost-cutting initiatives since arriving in June are causing an upheaval that threatens the election. Trump raised the stakes by saying he wants to block agency funds to make it harder for the Postal Service to handle the expected surge of mail-in ballots during the COVID-19 crisis.

Republican Sen. Ron Johnson, the chairman of the Homeland Security and Governmental Affairs Committee, gaveled open the session dismissing the “false political narrative” that DeJoy is trying to “sabotage” the election.

“It is Postmaster DeJoy’s commendable attempt to reduce those excess costs that are now being cynically used to create this false political narrative,” the Wisconsin senator said.

The morning hearing was held remotely as Congress is on recess and lawmakers have been conducting much of their business during the coronavirus outbreak in virtual settings.

It’s unclear if Sen. Kamala Harris of California, the Democratic vice presidential nominee, will be among those beaming into the session as the week-long Democratic National Convention comes to a close.

The outcry over mail delays and warnings of political interference have put the Postal Service at the center of the nation’s tumultuous election year, with Americans rallying around one of the nation’s oldest and more popular institutions.

With mounting pressure, DeJoy abruptly reversed course this week, vowing to postpone any further changes until after the election, saying he wanted to avoid even the “perception” of any interference. Blue mailboxes were being been removed, back-of-shop sorting equipment shutdown and overtime hours kept in check.

But House Speaker Nancy Pelosi said DeJoy told her in a subsequent phone call he had no intention of restoring the equipment.

An internal directive to postal staff said, “They are not to reconnect/reinstall machines,” according to an email obtained by The Associated Press.

House Democrats are pushing ahead with a rare Saturday session to pass legislation that would prohibit the actions and send $25 billion to shore up postal operations. Some 20 states, along with voting rights advocates, have sued to reverse the changes.

During an interview Thursday on Washington Post Live, Pelosi said Republicans “have been after the post office for a while” as they try to run it more like a profitable business.

“A business? No it’s a service,” Pelosi said.

Senate Majority Leader Mitch McConnell is eyeing a $10 billion postal rescue as part of the next COVID-19 relief package.

“The Post Office is not in trouble,” the GOP leader said Thursday during a home-state stop in Paducha, Ky. “We’re going to make sure that they are able to deliver our ballots on time.”

The White House has said it would be open to more postal funding as part of a broader virus aid package.

The Postal Service is struggling financially under a decline in mail volume, rising costs from the coronavirus pandemic and a rare, and some say cumbersome congressional requirement to fund in advance its retiree health care benefits.

For many, the Postal Service provides a lifeline, sending not just cards and letters, but prescription drug delivery, financial statements and other items that are especially needed by mail during the pandemic.

The choice of DeJoy to lead the service, the first postmaster general in nearly two decades who is not a career postal employee, is coming under increased scrutiny.

The postal service board of governors, appointed by Trump, selected DeJoy in May to take the job. A GOP donor, he previously owned a logistics business that was a longtime Postal Service contractor. He maintains significant financial stakes in companies that do business or compete with the agency, raising conflict of interest questions.

In a statement, the Postal Service said DeJoy has made all required financial disclosures but that he might have to divest some holdings if conflicts arise.

Senate Democratic leader Chuck Schumer said this week he has asked for an accounting of how DeJoy was selected, but was previously told by the board of governors some information remains confidential. Schumer said Treasury Secretary Steven Mnuchin played a role in the process.

David C. Williams, the former vice chairman of the U.S. Postal Service Board of Governors, on Thursday told lawmakers that he resigned from the board, in part, over DeJoy’s selection, and because he believed the White House was taking extraordinary steps to turn the independent agency into a “political tool.”

He said, “I was convinced that its independent role had been marginalized.”

Williams, who resigned in April, told members of the Congressional Progressive Caucus at an online forum that DeJoy “didn’t strike me as a serious candidate.”