Police: Kids left at home alone in Pennsylvania while mom vacationed in Florida 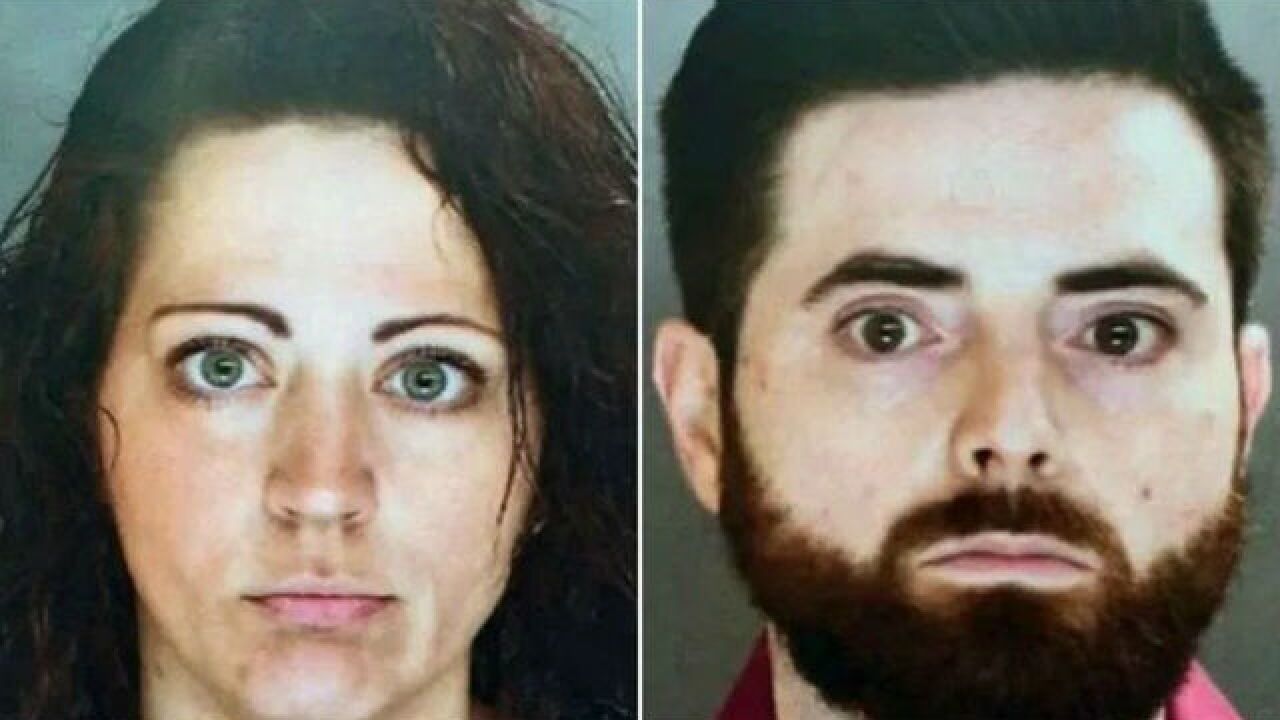 Lackawanna County Police Dept. via CNN Newsource
<p>Nicole Sciortino, 30, and Vincent Licciardello, are charged with endangering the welfare of their two children. Investigators say their two children were knowingly left alone for nearly three days while the mother was in Florida.</p>

(WNEP/CNN) -- A Pennsylvania mother and a father are charged with endangering the welfare of their two children in Lackawanna County.

Investigators say the two children were knowingly left alone in the town of Dunmore for nearly three days while the mother was in Florida.

Nicole Sciortino, 30, and Vincent Licciardello, 30, were both arraigned Monday morning on those neglect charges.

Sciortino told police that she didn't realize it was against the law to leave her two children home alone unsupervised for an extended period of time and added that she, "didn't think it was really that bad."

According to court papers, on Wednesday, March 7, Dunmore police responded to the home on Monroe Avenue after receiving a report of children who had been left alone for weeks.

When officers arrived, they found a 10 year old and an 11 year old home by themselves. Police say the place was in deplorable condition, with food, boxes, pills, and other trash on the floor. The thermostat read 58 degrees.

Police were able to contact the mother of the two children, Nicole Sciortino. She first told them she wasn't far away, but later admitted to police that she was in Florida. She told investigators that the children's father, Vincent Licciardello, who lives elsewhere, was watching the kids.

During the investigation, police found that on Monday, March 5, Licciardello dropped the kids off at their mother's house early in the morning. Over the next three days, while their mother was in Florida, he would occasionally stop by to drop food off for the unsupervised children.

WNEP-TV spoke with a few people who work in the area, who were floored to hear about the accusations.

At the time of the investigation, police say one child had missed 16 days of school, while the other had missed 26 days since the start of the school year.

"That hurts. I'm a mom of five kids. I couldn't imagine leaving my kids for 10 minutes without an adult supervisor," said Tamra Murphy. "Who's feeding them? Who's washing their clothes? Who's making sure their homework is done? That upsets me beyond it. That hurts me."

"That's insane to me," said Kaylia Riley. "I mean, at the end of the day, I couldn't even leave my dogs for three days by themselves, let alone children, especially small children. It's just mind-blowing."

Sciortino and Licciardello were both charged Monday with endangering the welfare of children. Both were given $10,000 unsecured bail, so both walked free.

Investigators tell us the two children are staying with family friends through child youth services.