NOAA Hurricane Hunters flew into the eye of Hurricane Dorian. 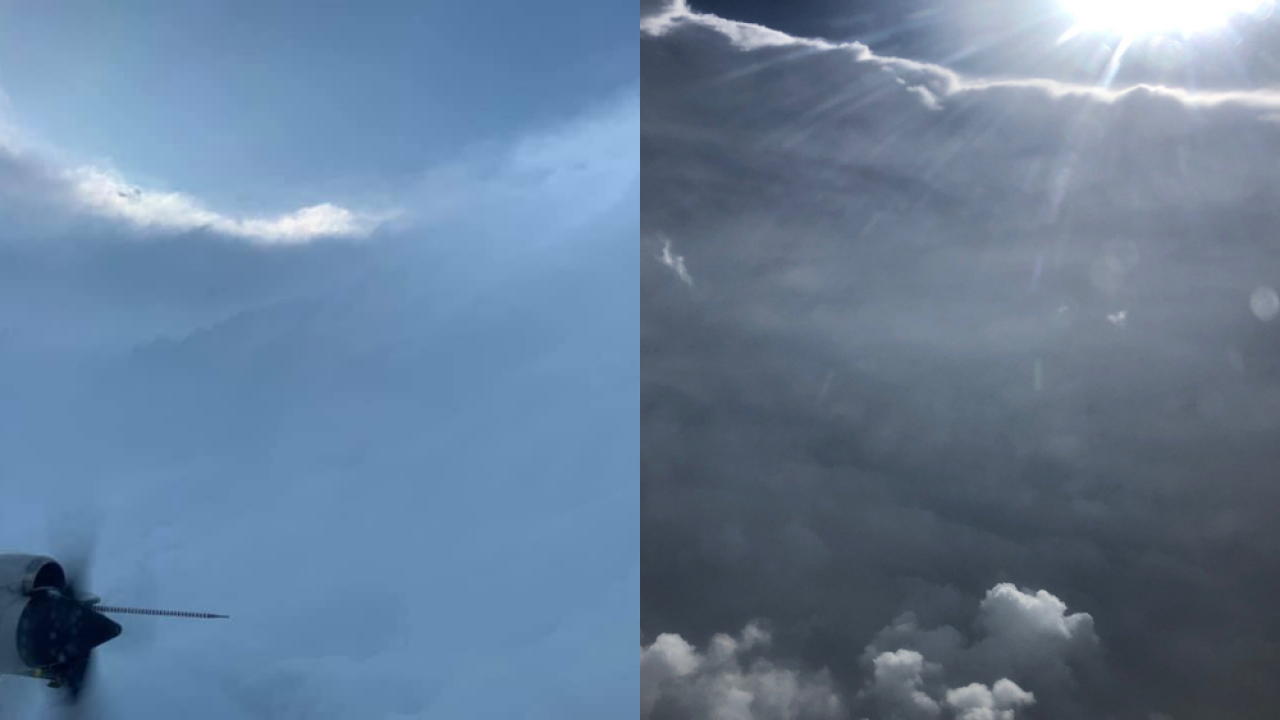 Photos taken from inside the eye of Hurricane Dorian show just how strong the storm has become.

According to photos taken by National Oceanic and Atmospheric Administration (NOAA) aircraft, Dorian's eye wall has taken on the "stadium effect" — a common feature of strong hurricanes.

In hurricanes with the stadium effect, the circumference of the storm's eye is larger at the top than it is at the bottom — just like that in a typical sports stadium.

Hurricanes are fueled by warm waters. As the water molecules evaporate and join the storm as clouds, the 150mph winds carry the moisture away from the center of the storm — creating the stadium effect.

According to NOAA, the photos were taken from "Kermit," one of the agency's hurricane hunter planes.