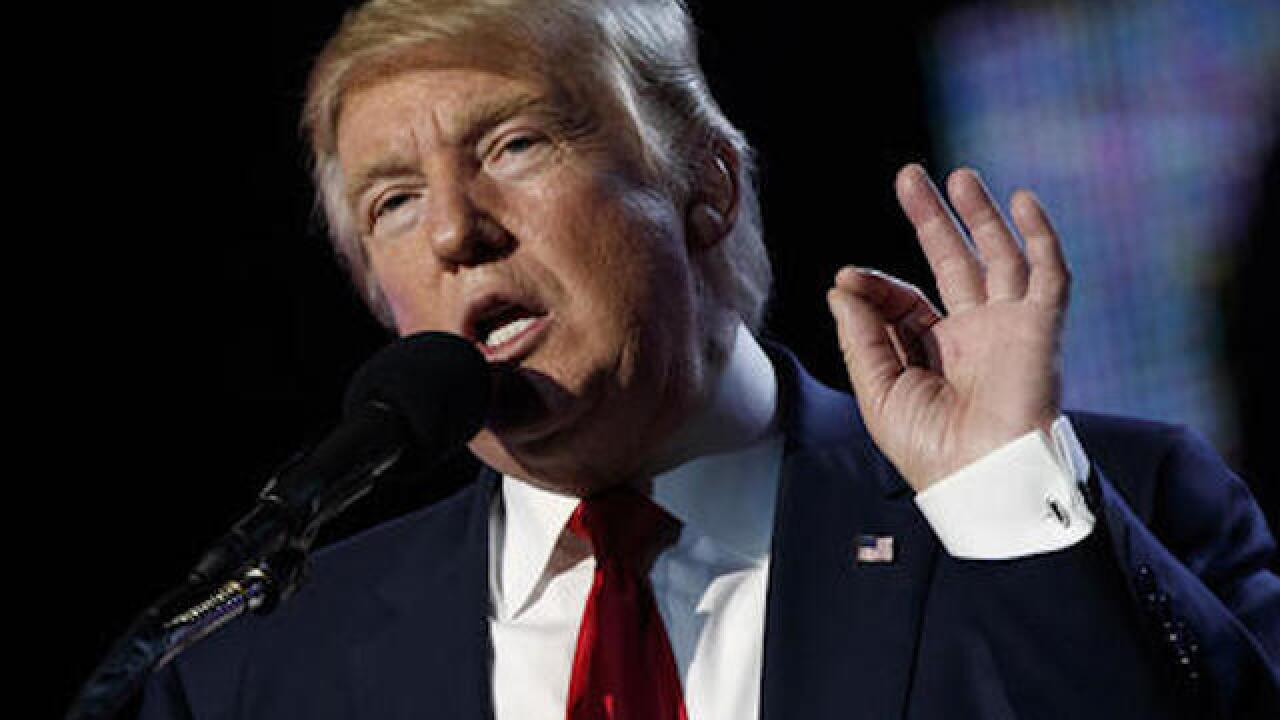 WASHINGTON (AP) — Donald Trump's top supporters are racing to explain that what Trump said or tweeted isn't what he meant — especially on his claim without evidence that the Nov. 8 presidential election is "rigged" in Democrat Hillary Clinton's favor.

"We will absolutely accept the results of the election," Trump's vice presidential candidate, Mike Pence said on the Sunday shows. Trump's remarks reflect his frustration with "the obvious bias in the national media" reporting in the last month of the election allegations that Trump sexually assaulted several women. Trump says all of the allegations are "lies."

"When he talks about a rigged election, he's not talking about the fact that it's going to be rigged at the polls," former New York mayor Rudy Giuliani said. "What he's talking about is that 80 percent to 85 percent of the media is against him."

In fact, Trump did warn, without evidence, about vote fraud in a tweet sent after his surrogates tried to reframe his remarks.

"The election is absolutely being rigged by the dishonest and distorted media pushing Crooked Hillary - but also at many polling places - SAD," Trump tweeted later Sunday.

Much of the cleanup duty falls to Pence, the Indiana governor trying to support the mercurial Trump without damaging his own future presidential prospects. On Sunday, that meant putting distance between himself and Trump over the very legitimacy of the Nov. 8 election after Trump on Saturday revived the claim that the FBI should have brought charges against Hillary Clinton over her use of a homebrew email server.

"Hillary Clinton should have been prosecuted and should be in jail. Instead she is running for president in what looks like a rigged election," Trump tweeted to his 12 million followers on Saturday.

Answered Pence Sunday: "We'll accept the will of the American people. You bet."

Threatening to jail a political opponent and fueling public distrust of a popular election — to explain his loss, should that happen — was a striking breach of faith in American democracy. He has repeatedly claimed, without offering evidence, that election fraud is a serious problem and encouraged his mostly white supporters to "go and watch" polling places in certain areas to make sure things are "on the up and up."

Trump is struggling to shift the focus away from mounting accusations that he sexually assaulted women in ways similar to behavior he is recorded describing on a recently released video.

That puts Pence in the position of putting air between himself and the man at the top of the ticket.

Trump, for example, has fought back against the allegations of sexual abuse by saying some of the accusers aren't attractive enough for him to assault, and by calling all of the charges "lies."

But Pence on Sunday declined to make any such attacks.

"I wouldn't say anything to disparage any woman who believes they've had an experience like this," he said on NBC, adding that he believes Trump's denials.

On another subject, Pence was asked if he agrees with Trump's statement Saturday that Clinton was on drugs during the second debate and calling for drug testing before Wednesday's third and final showdown.

"All I know for sure is that Donald Trump is going to be ready for the debate on Wednesday night," Pence replied.

And unlike Trump, Pence acknowledged Sunday that evidence points to Russia being behind the hacking of Democratic emails. "I think there's more and more evidence that implicates Russia and there should be serious consequences," he said.

Pence appeared on NBC's "Meet the Press" and "Fox News Sunday." Giuliani was on CNN's "State of the Union."