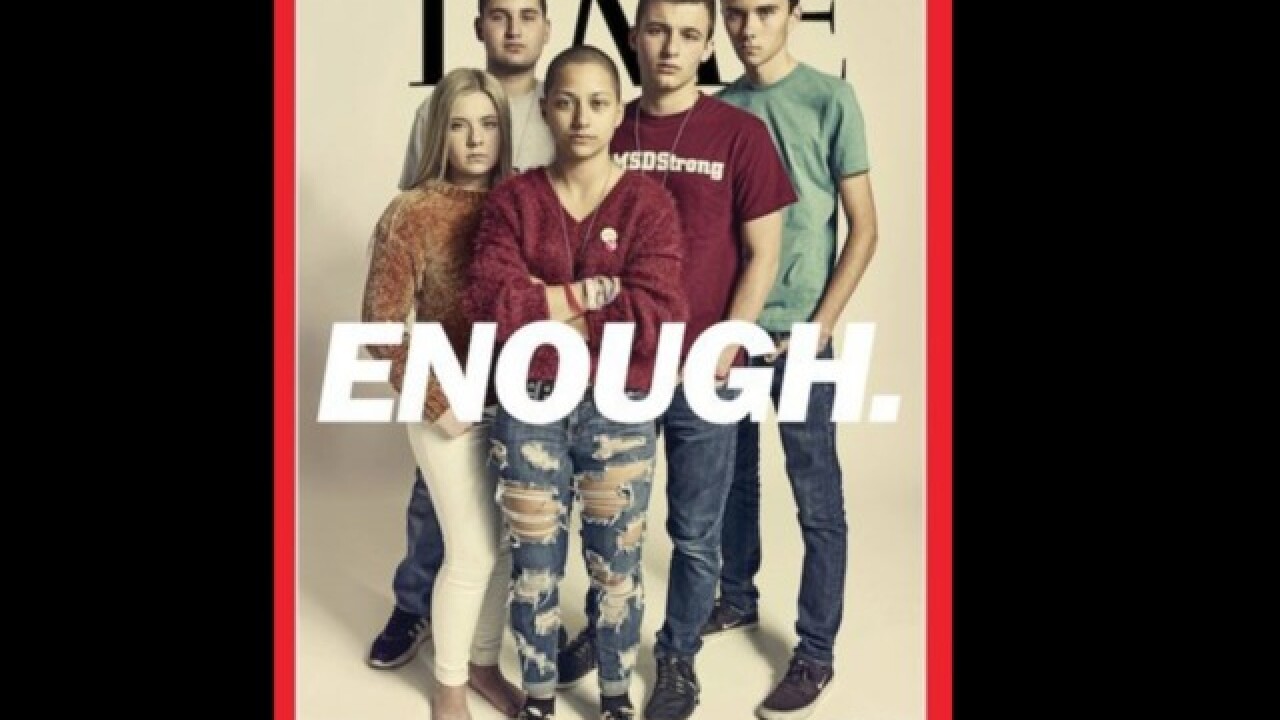 The students-turned-activists who survived a mass shooting at their Florida high school last month are featured on the glossy cover of Time magazine.

The magazine on Thursday revealed the cover of its April 2 issue, which features Marjory Stoneman Douglas students who are leading the national conversation about gun control in the wake of the Valentine's Day shooting that claimed the lives of 17 students and faculty members.

Emma González ,  David Hogg ,  Cameron Kasky , Alex Wind and Jaclyn Corin all appear on the cover, with the word "ENOUGH," written in bold letters and imposed across the image. The  accompanying story  was also posted on Time's website.

In the five weeks since the massacre, the Parkland, Florida, students have been transformed into high-profile gun control advocates, leading school walkouts and meeting with lawmakers as they demand steps be taken to address the issue of gun violence in America.

The cover was revealed two days before the students and their allies rally in Washington for the  March for Our Lives , a demonstration organized by the student group #NeverAgain and the gun control organization Everytown for Gun Safety.