Pandas finally mate after 10 years, but only after Hong Kong zoo closes due to COVID-19 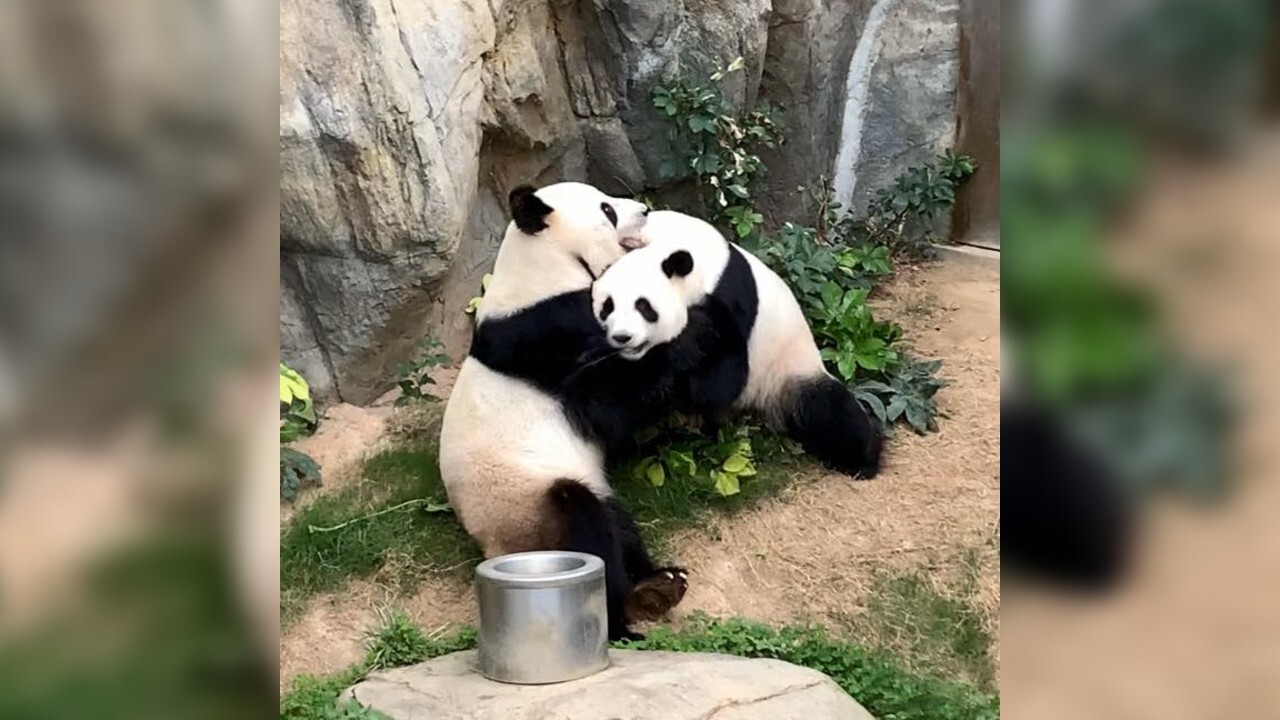 After attempting to get Ying Ying and Le Le to procreate for about decade, Ocean Park announced Monday that the 14-year-old pandas have finally succeeded in natural mating.

The pandas may have been a bit reluctant to mate in front of the public. They only succeeded when Ocean Park was closed to the public to help stop the spread of the deadly coronavirus.

The zoo says it hopes to announce exciting pregnancy news later this year while further contributing to the conservation of the vulnerable species.

Since late March, the zoo says Ying Ying began spending more time playing in the water, while Le Le has been leaving scent-markings around his habitat and searching the area for Ying Ying’s scent.

“Such behaviors are consistent with those common during breeding season, which occurs once every year between March to May,” the zoo wrote. “With Ying Ying’s hormonal level changes, the Park’s veterinary and animal care teams confirm the two giant pandas have entered this year’s breeding season.”

The zoo has been closely monitoring the pandas’ body conditions and behavioral changes and deemed it a peak oestrous Monday morning for natural mating opportunity.

Michael Boos, Executive Director in Zoological Operations and Conservation at Ocean Park, says the successful natural mating process is exciting for the zoo, because the chance of pregnancy via natural mating is higher than by artificial insemination.

“If successful, signs of pregnancy, including hormonal level fluctuations and behavioral changes may be observed as early as late June, though there is always a chance that Ying Ying could experience a pseudo-pregnancy,” said Boos. “We hope to bear wonderful pregnancy news to Hong Kongers this year and make further contributions to the conservation of this vulnerable species.”

The zoo says it will continue to closely monitor Ying Ying’s hormonal levels and behavioral changes.

The gestation period for giant pandas ranges between 72 and 324 days; pregnancy confirmation can only be detected by ultrasound scan earliest 14 to 17 days before birth, according to the zoo.