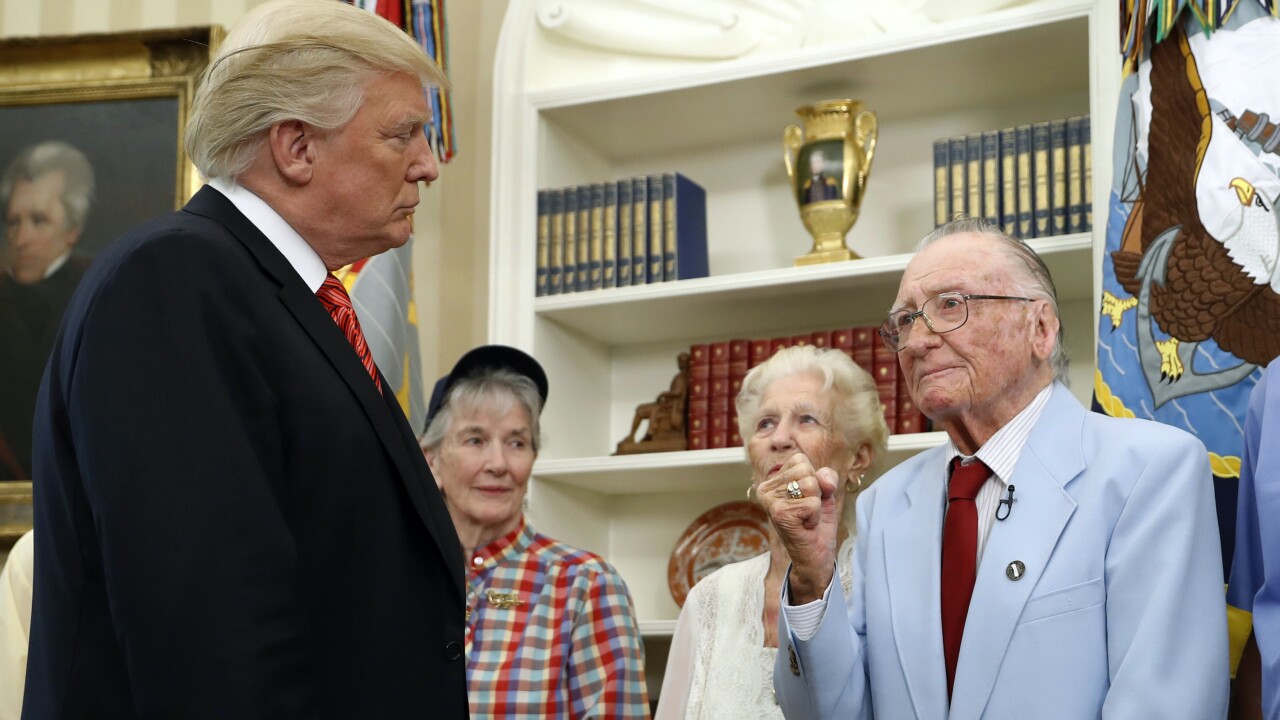 Donald Stratton nearly made the ultimate sacrifice 79 years ago. Stratton was on board the USS Arizona during the attack on Pearl Harbor on Dec. 7, 1941.

According to the National Park Service, Stratton joined the Navy in 1940, and was assigned to the USS Arizona. On Dec. 7, 1941, Stratton was on the forward mast of the ship as it burned. A fellow sailor threw Stratton a line, which allowed Stratton to crawl to safety above the high water.

But the flames took a toll on Stratton as burns covered 70% of his body. Stratton was then given a medical discharge the following September, but Stratton was not done serving his country.

On Sunday, the U.S. National Park Service reported that Stratton has died at the age of 97, making him one of the last surviving service members from the Pearl Harbor attack.

In Stratton's honor, the flags at the USS Arizona memorial in Hawaii were flown at half-staff.

In January 1944, Stratton reenlisted and served through December 1946, obtaining the rank of Gunners Mate Second Class.

The attack killed 2,390 service members, roughly half from the USS Arizona.

Stratton had recently participated in a few remembrances of the 1941 attack, and was even invited into the Oval Office by President Donald Trump in 2017. He also wrote a book in 2016 detailing a firsthand account of the attack.

Stratton's son told the AP that he had been battling pneumonia since October.

"He was a very humble, very quiet hero," Randy Stratton said. “He didn't want or seek the attention he received.”