On day US opens embassy in Jerusalem, White House blames Hamas for deaths during protests 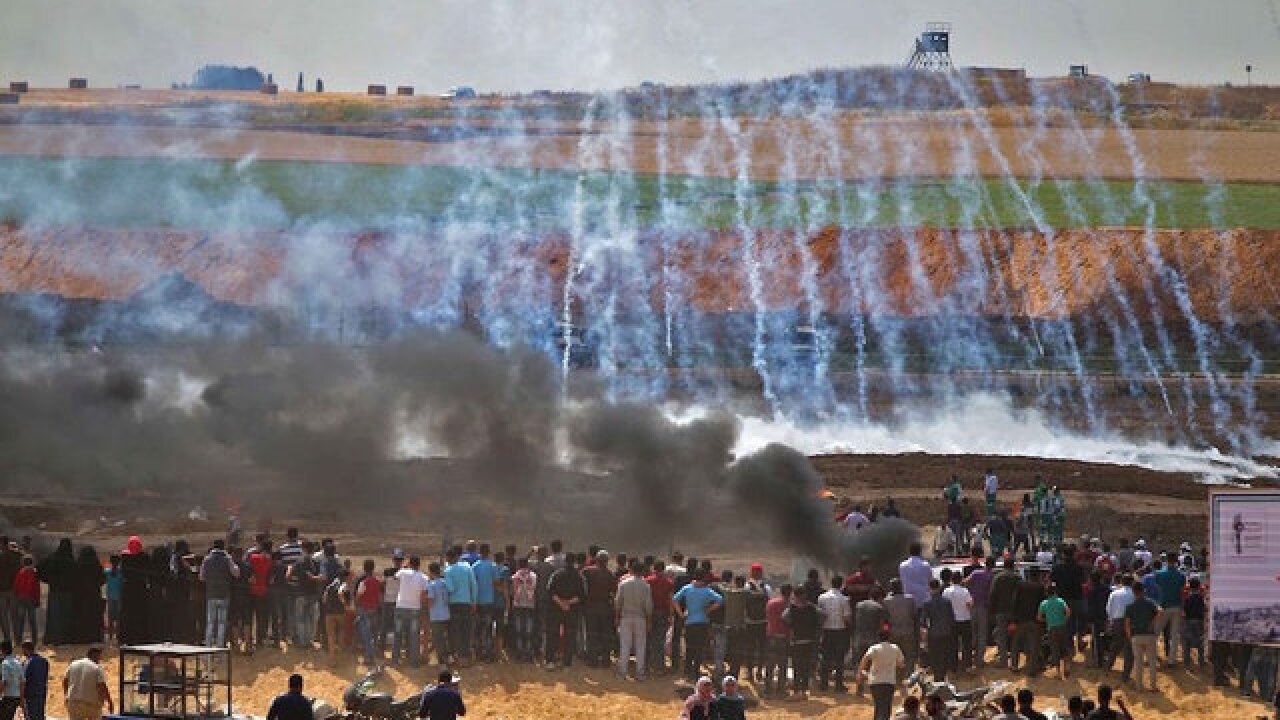 Copyright 2018 Scripps Media, Inc. All rights reserved. This material may not be published, broadcast, rewritten, or redistributed.
AFP/Getty Images
<p>More than 50 people were killed during clashes with Israeli security forces Monday, May 14, 2018 on the Gaza border.</p>

The White House on Monday blamed Hamas for the deaths of 52 Palestinians who were killed by Israeli security forces during mass protests in Gaza on Monday.

"The responsibility for these tragic deaths rests squarely with Hamas," White House deputy press secretary Raj Shah said. "Hamas is intentionally and cynically provoking this response and as the secretary of state (Mike Pompeo) said, Israel has a right to defend itself."

"We believe that Hamas is responsible for these tragic deaths," Shah said, adding that the terrorist group bears "responsibility for the entire situation right now."

The 52 deaths on Monday came on the 70th anniversary of Israel's independence while a delegation of US officials joined Israeli leaders to mark the opening of the new US embassy in Jerusalem. Trump's decision to recognize Jerusalem as Israel's capital and move the US embassy to the city in December has ratcheted up tensions in the region, where Israelis and Palestinians have competing claims to the holy city. The city is home to holy sites from three major religions: Christianity, Judaism and Islam.

Israeli forces used lethal and nonlethal means on Monday in an attempt to disperse mass protests that took place at the security fence between Gaza and Israel, which included some Palestinians attempting to cross into Israel.

Tuesday marks the "Nabka," or Catastrophe, which remembers the 700,000 Palestinians who were driven from, or left, their homes during the Arab-Israeli war that came with the creation of the Israeli state.