Video shows the police response to a mass shooting in Odessa and Midland Texas. 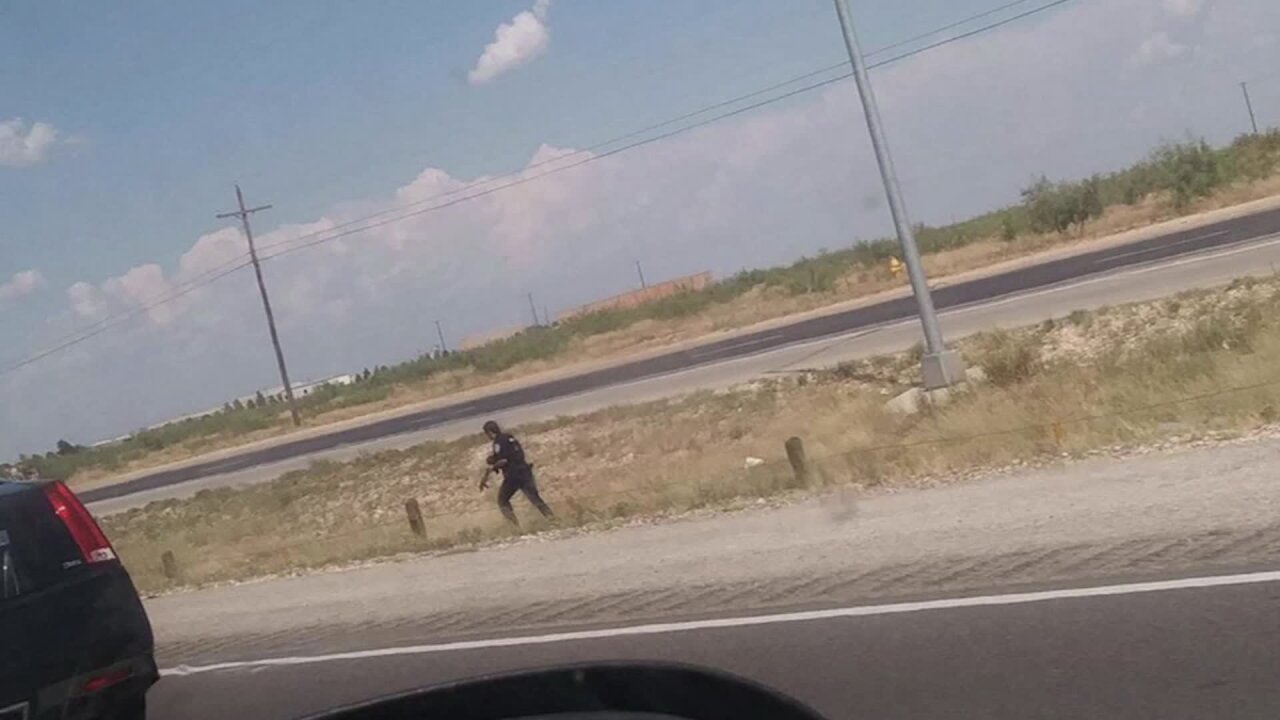 Law enforcement officials on Sunday identified the man who killed seven people and wounded 22 others in a shooting spree in West Texas as Seth Ator, 36.

Ator was arrested in 2001 for criminal trespass and evading arrest, both misdemeanors, according to public records. Adjudication was deferred, though the details of the case were not immediately available. His record also includes a 2018 traffic citation for a federal motor carrier safety violation, according to Ector County court records.

Ator was pulled over by Texas troopers in Midland on Saturday afternoon for failing to use his signal, police said. He then shot at them with what police described as an AR-type weapon and sped away. Driving on streets and the highway, he sprayed bullets randomly at residents and motorists, police said.

The man then hijacked a postal truck and ditched his gold Honda, shooting at people as he made his way into Odessa about 20 miles away. There, police confronted him in a movie theater parking lot and killed him in a shootout.

Among the wounded were a 17-month-old girl and three law enforcement officers, hospital and police officials said.

It's unclear what his motive was. Authorities say they believe the shooter acted alone.

The attack during the busy Labor Day weekend put people on edge in a state where a gunman killed 22 less than a month ago at a Walmart in El Paso , about 285 miles west of Odessa.

FBI Special Agent in Charge Christopher Combs said his agency responds to Texas frequently. He said the FBI is "here now almost every other week supporting our local and state partners on active shooters. We're almost every two weeks an active shooter in this country."

Investigators were conducting "searches at this exact moment in time to make sure that there is nobody else even possibly connected to this," Combs said at a news conference Sunday.

The FBI searched a rural property in West Odessa believed to be connected to the shooter, according to a law enforcement official.

A LinkedIn account under Ator's name said he was a truck driver. A Facebook page under his name contained only one publicly visible photo of Ator posted in 2012, and the account has since been removed.

Police have not named most of the victims. One of them was Mary Granados, 29, who was working as a mail carrier for the US Postal Service, according to her twin sister, Rosie, and a spokeswoman for the USPS Inspection Service.

Granados was at the end of her shift when she was shot and killed, her sister said, adding she was on the phone with Granados when she heard her scream.

"It was very painful. I just wanted to help her and I couldn't. I thought she had got bitten by a dog or something. I tried calling her name and she wouldn't answer," she said.

The Ector County school district in Odessa said one of its students was among those killed.

The wounded 17-month-old was airlifted to University Medical Center in Lubbock, where she was in satisfactory condition, hospital officials said.

Shooter grabbed his rifle, pointed it at troopers

The incident began about 3:15 p.m. (4:15 p.m. ET), when two troopers from the Texas Department of Public Safety stopped a lone driver westbound on Interstate 20 in Midland, authorities said.

Before the vehicle came to a complete stop, the man grabbed a rifle, pointed it out of his rear window and fired toward the troopers' patrol unit, wounding one of the troopers, said Lt. Elizabeth Carter of the Department of Public Safety.

The shooter then drove west into Odessa and continued firing through the city and around shopping centers, the police chief said.

He abandoned his vehicle, stole the mail truck and shot at more people as he headed toward the Cinergy movie theater, where he exchanged fire with officers in the parking lot and was killed.

One wounded law enforcement officer is a trooper from the Department of Public Safety and the other two are from the Midland and Odessa police departments. The trooper is in serious condition and the officers are in stable condition.

A witness describes shootout with officers

Alex Woods said he drove up to the movie theater about five minutes before the shootout and saw several police vehicles with flashing lights.

"There was just police everywhere and there was a bunch of people behind the theater in the field walking and next thing you know this gunfire is going off," he said. "I hear a pop, so, I flip the camera to where the theater's at and I just see a bunch of gunfire going off."

Woods said he saw the officer walk up to the mail van and fire into it, describing the incident as surreal.

"I believe that is when the shooter was killed," he added. "It just all happened so quickly."

Mike Barrett said his friend was shot and hospitalized with injuries.

"He was on the way home, him and his wife (and) he got shot," Barrett said. "It went through the door of the car and shot him right in his side. ... His wife was just covered in blood."

The shooting happened hours before a series of firearm laws go into effect in Texas, where four of the 10 deadliest mass shootings in modern US history have happened.

"Our hearts are with Midland, Odessa, and everyone in West Texas who has to endure this again. ... We need to end this epidemic," Texas native Beto O'Rourke tweeted.

Julián Castro, another Democratic presidential candidate, said the shootings will continue if no action is taken. "We have to be more honest with ourselves. This is going to happen again. And again," he tweeted.

Vice President Mike Pence said he and President Donald Trump are determined to work with Congress "to address and confront this scourge of mass atrocity in our country."

Sunday afternoon, Gov. Greg Abbott commented on the frequency of high-profile shootings in his state since he took office.

"I have been to too many of these events," Abbott said.