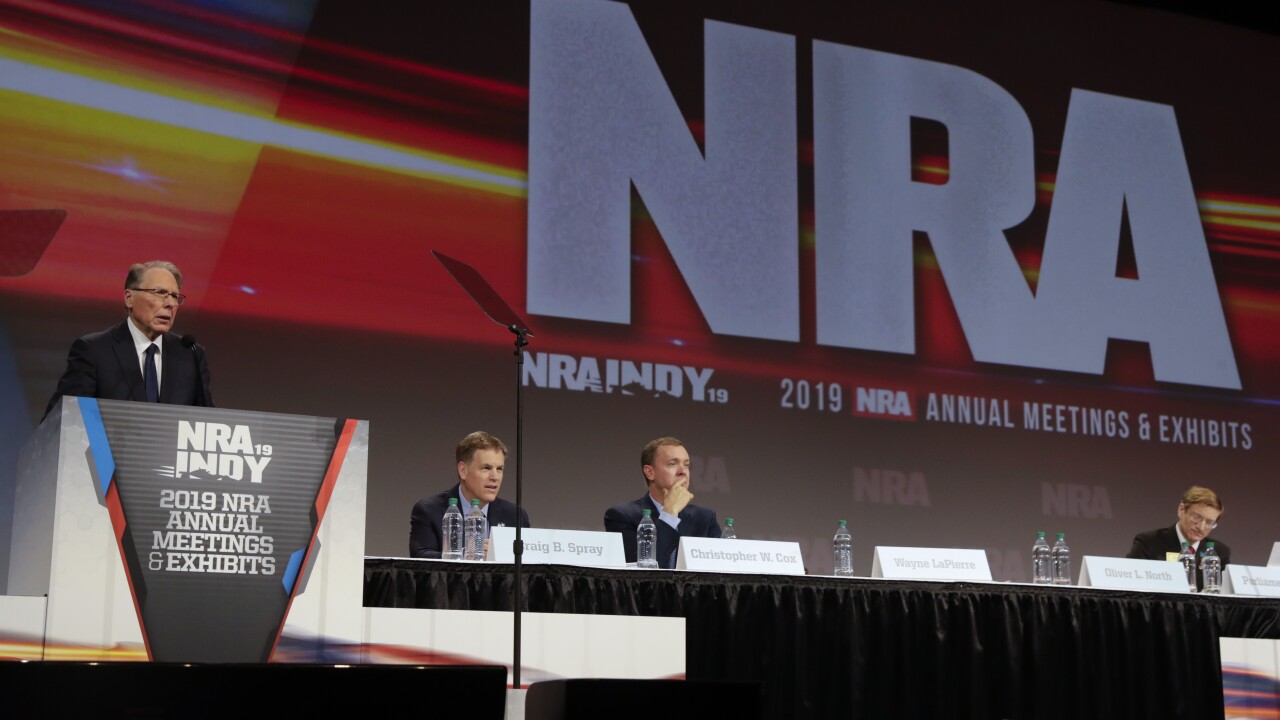 The lawsuit filed Thursday by Attorney General Letitia James followed an 18-month investigation into the NRA, which is a nonprofit group originally chartered in New York.

Watch the announcement below:

The attorney general is accusing the NRA's top leaders of using the association's funds for lavish personal trips, contracts for associates and other questionable expenditures.

James says the leadership’s failure to manage the NRA’s funds and failure to follow state and federal laws led the organization to lose more than $64 million in just three years.

In addition to shuttering the NRA’s doors, James is seeking to recoup millions in lost assets and to stop the four defendants in the case from serving on the board of any nonprofit in the state of New York again.

Along with the NRA, the defendants in the suit are Executive Vice-President Wayne LaPierre, former Treasurer and Chief Financial Officer (CFO) Wilson “Woody” Phillips, former Chief of Staff and the Executive Director of General Operations Joshua Powell, and Corporate Secretary and General Counsel John Frazer.

The lawsuit alleges that the four men instituted a culture of self-dealing, mismanagement, and negligent oversight at the NRA that was illegal, oppressive, and fraudulent.

“The NRA’s influence has been so powerful that the organization went unchecked for decades while top executives funneled millions into their own pockets,” said James. “The NRA is fraught with fraud and abuse, which is why, today, we seek to dissolve the NRA, because no organization is above the law.”

We are seeking to dissolve the NRA for years of self-dealing and illegal conduct that violate New York’s charities laws and undermine its own mission.

The NRA diverted millions of dollars away from its charitable mission for personal use by senior leadership.

In a statement, the president of the NRA called the lawsuit a "baseless" attack on the organization and the Second Amendment.

This was a baseless, premeditated attack on our organization and the Second Amendment freedoms it fights to defend. You could have set your watch by it: the investigation was going to reach its crescendo as we move into the 2020 election cycle. It’s a transparent attempt to score political points and attack the leading voice in opposition to the leftist agenda. This has been a power grab by a political opportunist – a desperate move that is part of a rank political vendetta.

Our members won’t be intimidated or bullied in their defense of political and constitutional freedom.

As evidenced by the lawsuit filed by the NRA today against the NY AG, we not only will not shrink from this fight – we will confront it and prevail.