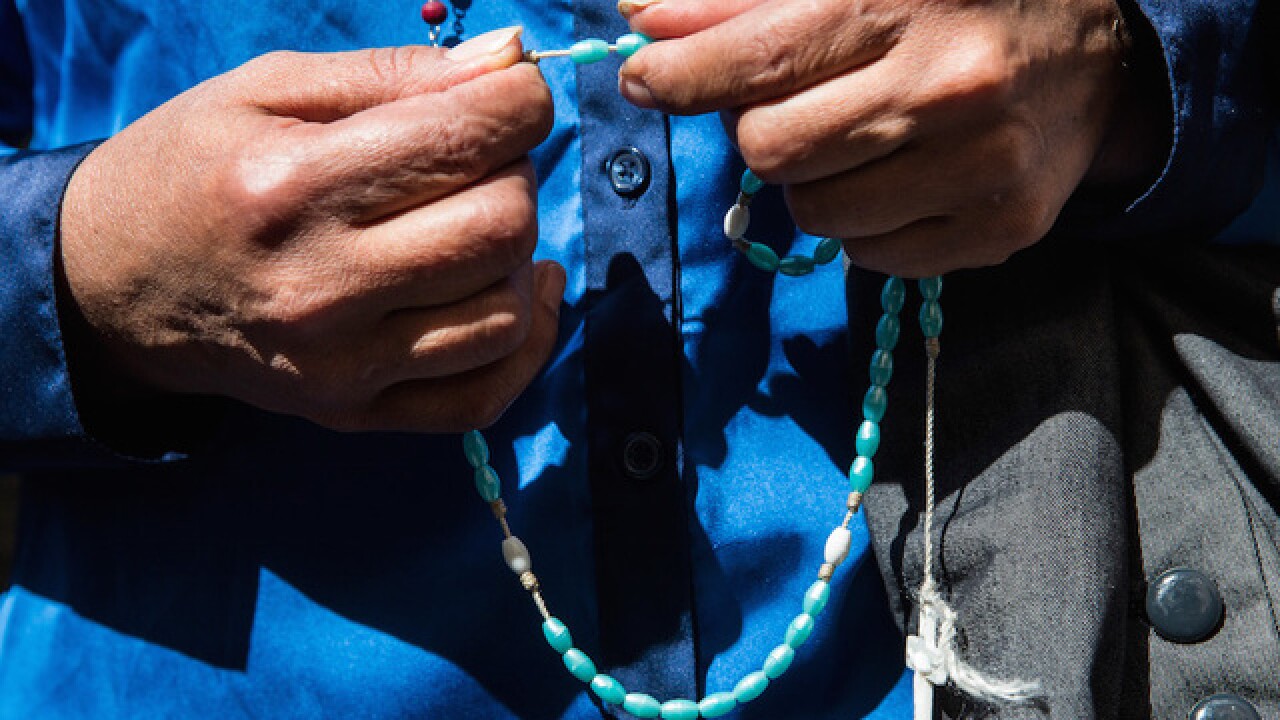 Andrew Burton
<p>A woman prays with a rosary while waiting in line to stand along 5th Avenue to watch as Pope Francis drives by while he is en route to St. Patrick's Cathedral on September 24, 2015 in New York City.</p>

QUINCY, Mass. (AP) — Police say a Massachusetts woman robbed a nun at knifepoint and got away with her rosary beads.

Quincy police say a sister at the Daughters of Mary of Nazareth convent was in civilian clothing Sunday afternoon when a woman holding a knife approached her and tried to take a small satchel from her hand.

Police say the nun opened the satchel to show she didn't have any money, so the woman took the beads instead.

Police say the nun noticed another woman nearby acting as a lookout.

Vanessa Young is scheduled to be arraigned Monday on charges including assault with a dangerous weapon.

Crystal Young is accused of being the lookout. She is charged with armed robbery and accessory after the fact.

It couldn't be determined if they have lawyers.