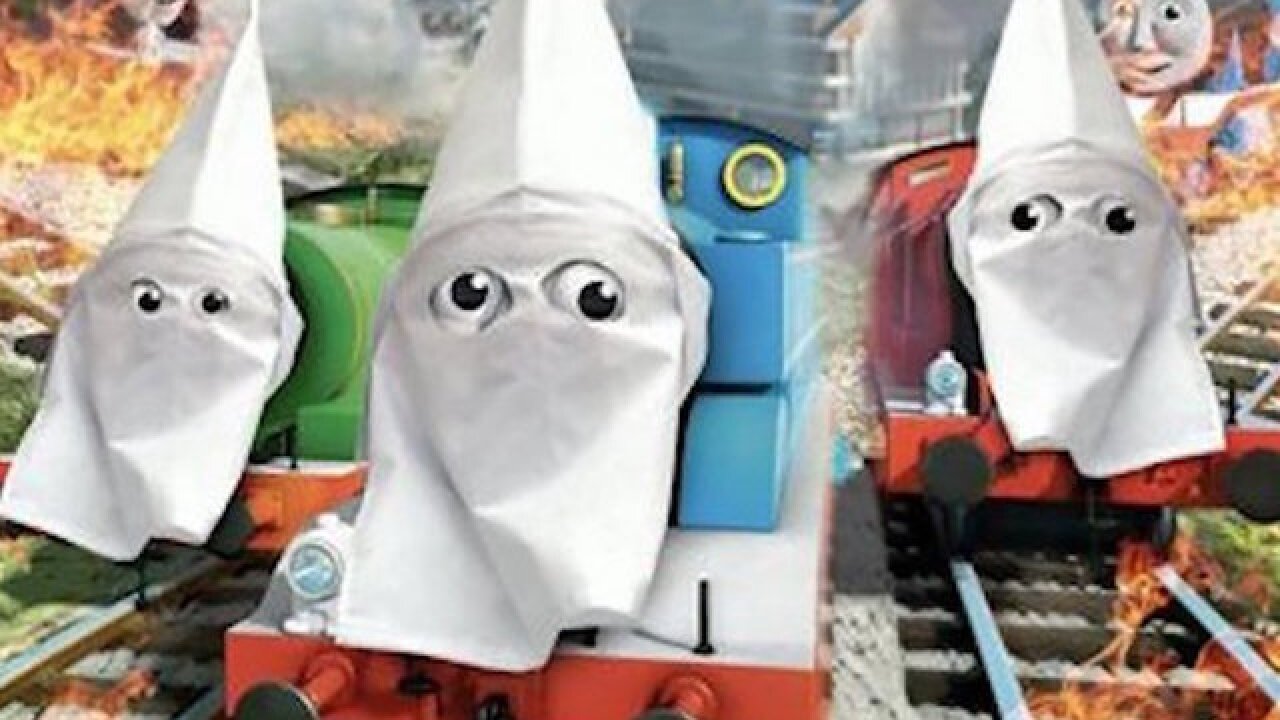 The NRA is going after the long-time animated children's television show "Thomas & Friends."

NRA TV host Dana Loesch appeared on the association's TV show, "Relentless" and slammed "Thomas & Friends" for partnering with the United Nations to increase diversity on the program.

Last month the show introduced two new female characters, one of which was painted with an African-inspired face and is voiced by actress Yvonne Grundy, who is originally from Kenya.

The UN's website says the UN partnered with the animated series to "teach children the importance of taking part in the global efforts to end poverty, providing girls and boys with the same opportunities, and of course doing so while protecting our planet."

Loesch slammed the iconic "Thomas & Friends" characters and then showed them on screen wearing Ku Klux Klan hoods while on flaming train tracks.

"This is horrible," Loesch said of the show's additions. "That's where it gets really strange to me. Am I to understand this entire time that Thomas and his trains were white? Because they all have gray faces. How do you bring ethnic diversity? I mean, they had to paint what I guess they thought was some sort of African pattern on the side of Nia's engine."

After the images aired, Mattel, the owner of the "Thomas The Tank Engine" brand, announced in a statement, "We are not associated with images that promote hate and denounce any images of our brands that are being used to convey a message not in line with the values of the company."

"Thomas The Tank Engine" was created by the Rev. W. Awdry and was a book series. The story was turned into a TV series in 1984 and made its American debut on PBS in 1989.

CNN has reached out to the NRA for comment.