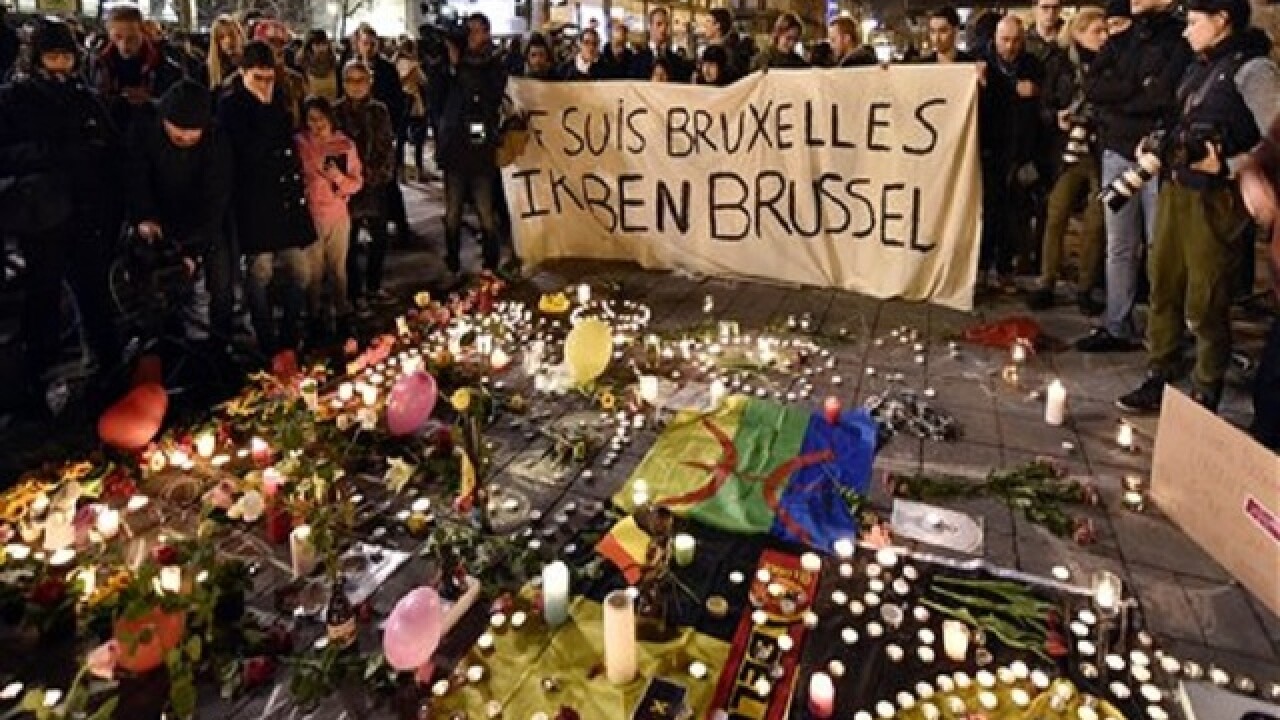 Martin Meissner
<p>People holding a banner reading "I am Brussels" behind flowers and candles to mourn for the victims at Place de la Bourse in the center of Brussels, Tuesday, March 22, 2016. Bombs exploded at the Brussels airport and one of the city's metro stations Tuesday, killing and wounding scores of people, as a European capital was again locked down amid heightened security threats. (AP Photo/Martin Meissner)</p>

WASHINGTON (AP) — The Obama administration says it's unaware of any Americans killed in the Brussels attacks.

State Department spokesman Mark Toner says about a dozen U.S. citizens are known to be injured. A number of other Americans remain unaccounted for.

Toner says it's unclear if any Americans might be among the dead because Belgium hasn't released the nationalities of those killed.

At least 34 people were killed and more than 200 wounded in Tuesday's bombings at the Brussels airport and subway.

Toner said Wednesday the United States is still doing its own, post-attack accounting and making every effort to support the welfare of embassy staff and U.S. citizens in the city.