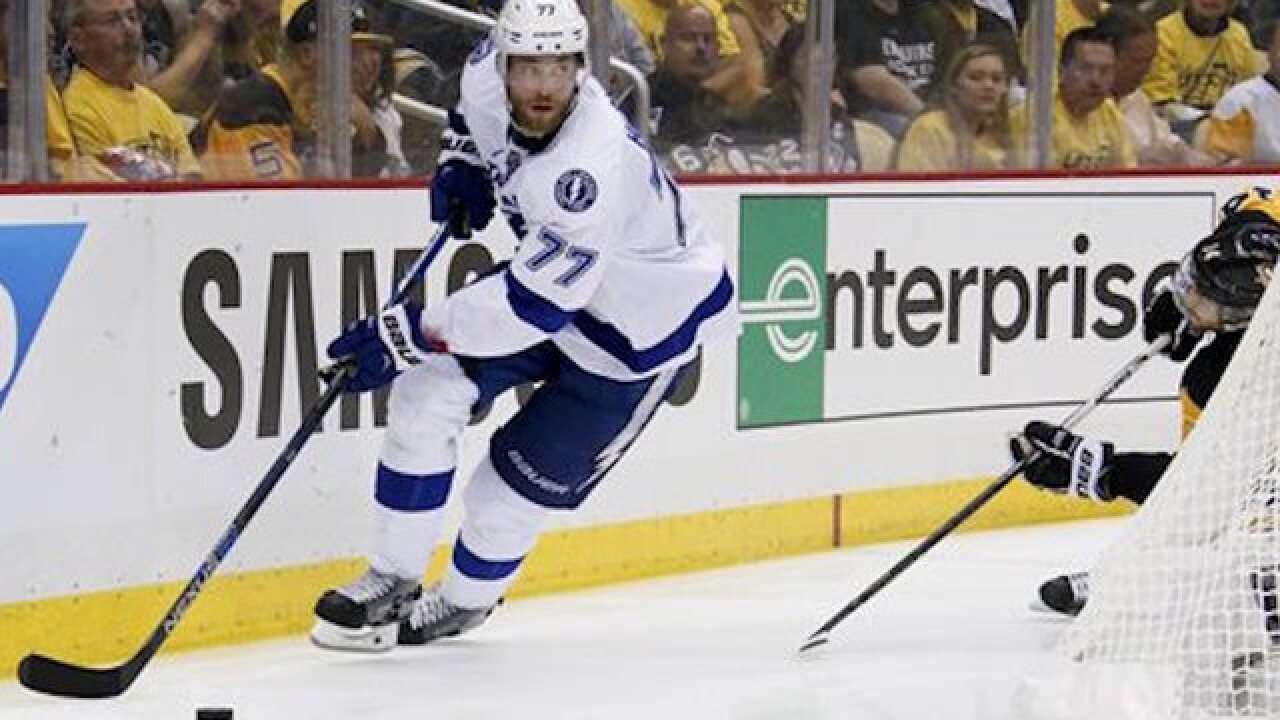 Milan Lucic and Kyle Okposo, two of the NHL's top free agents, took full advantage of two of the league's worst teams eager to pair a veteran with a young star.

The 28-year-old wingers each got $42 million, seven-year contracts Friday even though neither is a proven or prolific scorer.

Okposo, coming off a 22-goal year with the New York Islanders, moved upstate to join the Buffalo Sabres, who haven't made the playoffs since 2011 or finished higher than seventh in their division in three years.

Lucic, who scored just 20 times last season with the Los Angeles Kings, is following the money to play for the lowly Edmonton Oilers.

"It's about time this team starts heading in the right direction," he said of the Oilers, who want to surround Connor McDavid with experienced talent.

NHL teams didn't waste time making a flurry of deals on the first shift of free agency. None involved a superstar player, not after Steven Stamkos decided to stay in Tampa Bay with an eight-year, $68 million contract agreed to earlier this week.

Two days later, Tampa Bay may have made the best series of moves overall in a bid to stay near the top in the Eastern Conference. The Stanley Cup contender signed standout defenseman Victor Hedman to a $63 million, eight-year extension and goaltender Andrei Vasilevskiy to a $10.5 million, three-year extension.

"It's been a good week for us," Lightning general manager Steve Yzerman said.

It has been a bad decade for the Oilers, who haven't made the playoffs since they lost Game 7 of the 2006 Stanley Cup Finals to the Carolina Hurricanes and had the fewest points in the Western Conference last season for the second time in three years.

Lucic said two people, Oilers general manager Peter Chiarelli and the 19-year-old McDavid, were the reason he joined a franchise that most highly touted free agents have ignored in recent summers.

"The McDavid factor changes it all," Lucic said.

Lucic was also lured to Edmonton in part because of his relationship with Chiarelli, who was his general manager when he played for the Boston Bruins. Chiarelli said 12 teams tried to sign Lucic, indicating one of them was the Kings, the only franchise that could've offered him an eight-year deal under the NHL's collective bargaining agreement.

Like Lucic, Okposo will get a chance to play with one of the league's most promising players, 19-year-old center Jack Eichel.

Here's a look at some of the other notable moves on the opening day of NHL free agency:

— The Detroit Red Wings signed center Frans Nielsen (six years, $31.5 million) to address a need with the departure of Pavel Datsyuk and re-signed center Darren Helm (five years, $19.25 million) before he could have been on the market.

— After spending his entire, 10-season career in St. Louis, David Backes (five years, $30 million) bolted to play for the Bruins.

— The Montreal Canadiens signed forward Alexander Radulov (one year, $5.75 million) to play in the NHL for the first time since he was with the Nashville Predators during the 2011-12 season.

— The Calgary Flames signed forward Troy Brouwer (four years, $18 million) hoping he can bring some success he helped St. Louis and Chicago have in the postseason.

— The San Jose Sharks added forward Mikkel Boedker (four years, $16 million) and defenseman David Schlemko (four years, $8.4 million) to bolster their chances of getting back to the Stanley Cup Finals.

— The Toronto Maple Leafs, who probably dreamed of bringing Stamkos back home, had to settle for signing winger Matt Martin (four years, $10 million) to perhaps play on their fourth line.