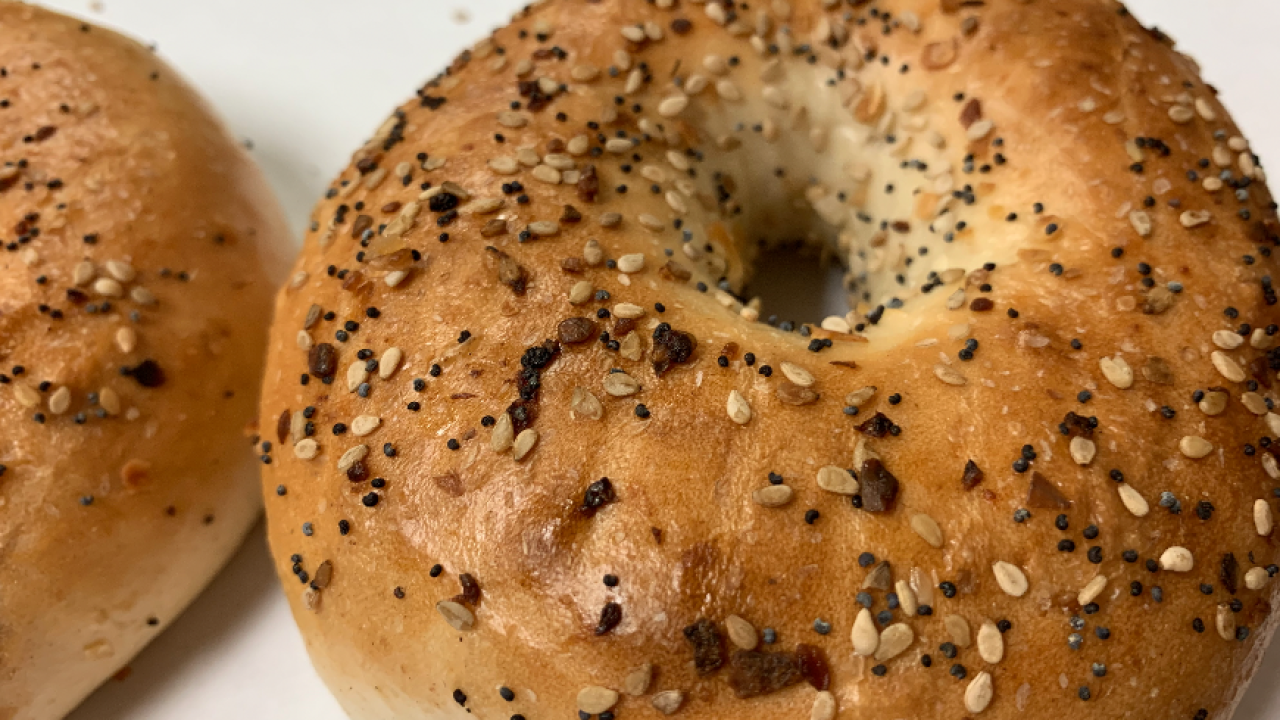 TONAWANDA, N.Y. — Less than a week after baby Carter Dominguez was brought into the world, baby and mom are enjoying time at their Tonawanda, New York, home.

It’s the journey here, and it's what Elizabeth ate before she gave birth that’s made this new mom experience anything but easy.

“I just want everyone to know that this can happen,” she said. “I don’t want it to happen to anyone else.”

When Elizabeth Dominguez went into labor, she was asked for a urine sample.

“I did a urine test and it came back that I tested positive for opiates,” she said. “I called my husband freaking out saying, ‘how is this possible?’ I don’t do drugs."

Her husband, Mark Dominguez, asked what she had to eat that day.

The new mom had eaten a bagel covered in poppy seeds. Poppy seeds are derived from the opium plant.

“In some cases eating a large amount of poppy seeds, such as the kind found in a bagel, has been shown to produce low levels of morphine and codeine in the urine,” said Michelle Rainka, a clinical pharmacist at DENT Neurologic Institute. “Potentially those seeds have not been washed and can contain that.”

Rainka says anyone about to take a drug test should know this.

“Anywhere from one to three bagels with poppy seeds can produce positive tests on a urine toxicology,” Rainka said.

Elizabeth Dominguez gave birth later that day, and her baby’s tests for opiates came back negative. Still, the hospital monitored Carter for withdrawal and because she failed the drug test, hospital staff followed protocol and called Child Protective Services.

She was discharged but Carter had to stay, separating mom and baby less than 24 hours after birth.

“I felt absolutely horrible,” she said. “I felt like a terrible mother leaving him. I just want everyone to know that this could happen. It’s such a terrible thing and I don’t want it to happen to anyone.”

Reports show she did have a false positive because of the poppy seed bagel.