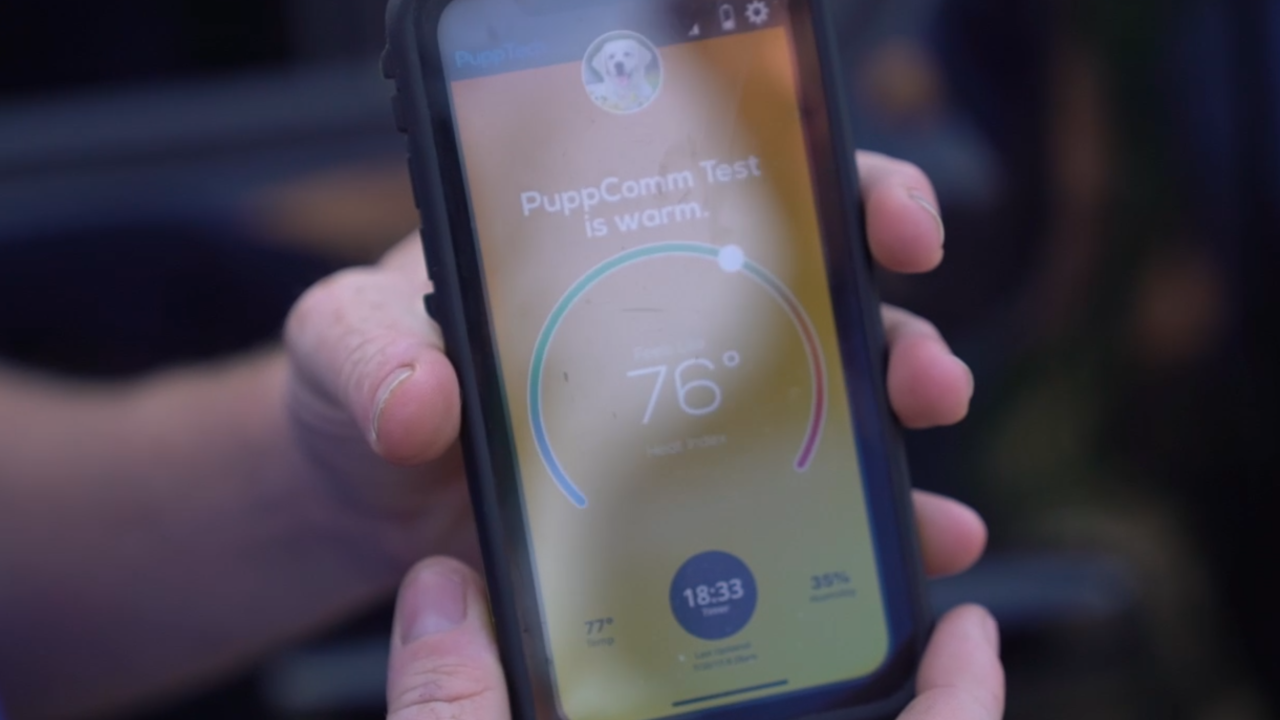 We all know that leaving our dogs in the car on a hot sunny day for a long period of time is a bad idea. Temperatures can rise faster than we realize, putting our pets’ health and lives at risk.

William Loopesko says he’s created a tool to help with just that.

“I live in Colorado with my dog, Clovis. And Clovis and I enjoy hiking in the mountains, camping, etc, but that requires taking him in the car,” Loopesko says.

“So, I wanted to have a way to be able to check on him and know that he’s always OK when I can’t be there with him,” he says.

Loopesko created “PuppTech,” a device for your car that measures temperature and humidity levels.

“It tells you the heat index, transmits all that data over a cellular connection, so I can at any time pull up how Clovis is doing on my phone.”

Clovis is a 7-year-old male Labrador retriever, and Loopesko says his “comfortable” temperature range is anywhere between 41 and 72 degrees. The temperature ranges vary depending on the breed, sex, and age of the dog.

Decals on car windows let others know that a dog’s health is being monitored while an owner is away.

But experts say an app should never replace common sense.

“I worry that it could be a little bit of a false sense of security for some people,” says veterinarian Dr. Leslie Longo with Denver’s VCA Firehouse animal hospital.

“I think you still have to be mindful if you’re leaving your dog in the car that it could still get hot, something could go wrong.”

Loopesko says he wouldn’t disagree, but he says the app gives people one more tool for those times when owners just don’t have a choice.

“If dogs were allowed to go everywhere, then our product wouldn’t need to exist,” Loopesko says.

Loopesko says PuppTech is already being shipped out to its crowdfunders, and he expects it’ll be available to the general public before the end of the year.