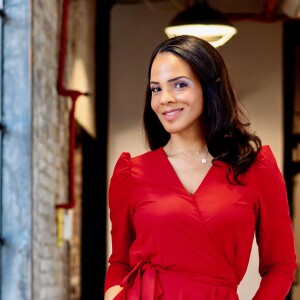 DENVER, Colo. — There’s a new type of emergency room in some cities designed to provide care specifically for someone experiencing a mental health crisis.

The Behavioral Health Solution Center in Denver, Colorado, is a first-of-its-kind facility offering both short and long-term care options.

The Support Team Assistance Response, or “STAR,” van is also a new mobile service option the city is offering patients instead of an ambulance or police squad car.

“We had initially a lot of surprise of, ‘Why is a van pulling up to me instead of the typical law enforcement response?’” said Chris Richardson, Associate Director of Criminal Justice Services with the Mental Health Center of Denver.

Since this mobile service launched in June, Richardson says STAR has already responded to around 1,700 calls.

Before STAR’s existence, it was firemen, EMTs or law enforcement responding to each mental health crisis. This brought its own set of fears and concerns for residents.

“There’s a lot of communities out there that have that notion that if they call 911, someone’s going to respond that they may have trauma history with or if there’s a response that they don’t want, so they just don’t call.”

Richardson says at least 30% of calls STAR has responded to were referred by police who arrived first on the scene.

When the STAR van arrives, both a paramedic and mental health clinician are on board to meet patients where they are.

“Being able to even hand someone water and say, ‘Hey, where can we get you right now that’s going to make you feel like safe?’” Richardson added.

The Behavioral Health Solution Center is offering that safe space.

In the past two years, workers say the city’s jail had nearly half of its population on “active mental health watch” and in need of immediate mental health care in an alternative setting.

“We have walk-in crisis centers that do a phenomenal job, but they’re timed out in 24 hours, and we know not everybody recovers in 24 hours,” said VanDover.

Since the pandemic, VanDover says emergency calls for mental health have sky-rocketed across the country.

“We’re seeing increased levels of depression and anxiety across the board.”

This groundbreaking solution center is open around the clock and staffed by almost 60 clinicians, nurses, peer support specialists and counselors.

“We can do a cooking group. We can do an outside yoga group.”

Upon admission at the center, patients have two treatment options. From there, residents who have nowhere safe to go can then move to its transitional housing wing for an additional 30-day recovery and preparation to step back into the real world.

“To really focus on themselves, to focus on their recovery, to be able to apply for every job, every benefit they need and deserve.”

While facilities across the country do offer long-term residential care, some, are difficult to access in a short period of time, especially without insurance.

VanDover is hoping this solution center be a model for other cities to follow.

“We have people tell us every day that they’ve come here, and they’ve become hopeful,” said VanDover.