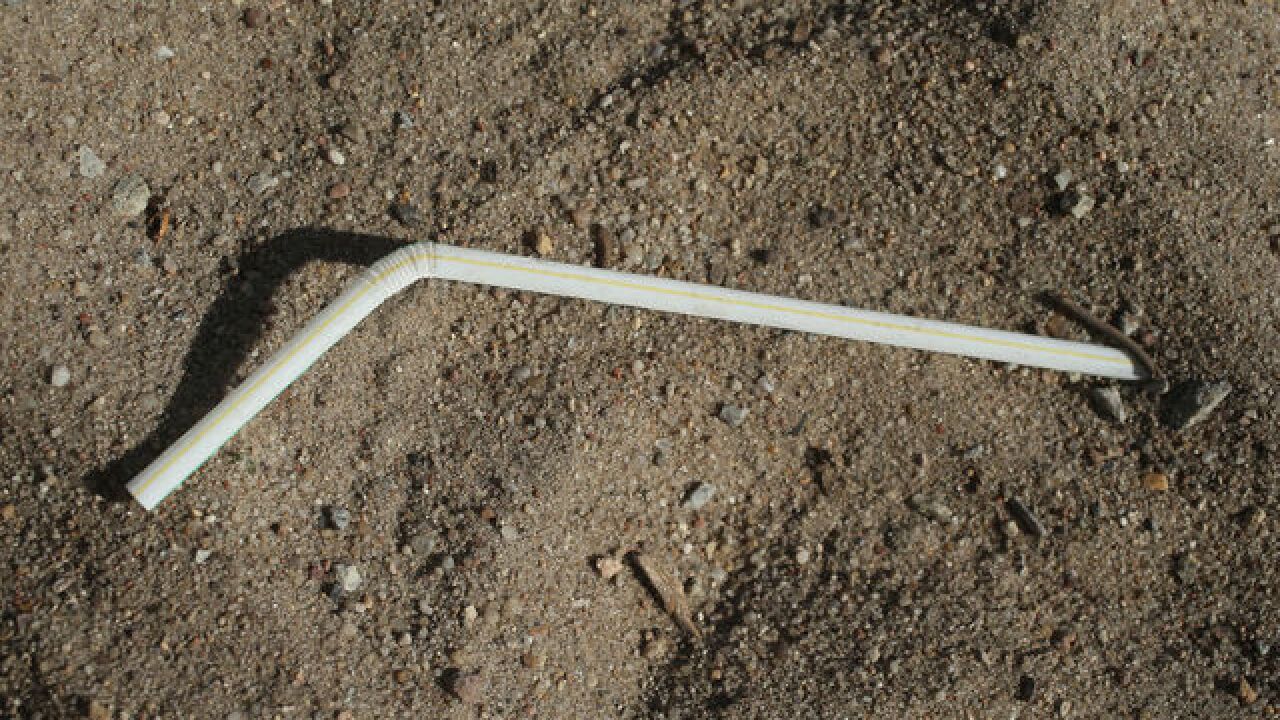 2018 Getty Images
Sean Gallup
<p>BERLIN, GERMANY - MAY 29: A discarded plastic straw lies on a beach along the Spree River in the city center on May 29, 2018 in Berlin, Germany. Europe is struggling to combat plastics pollution in its waterways and seas. Yesterday it announced it will seek to ban the use of certain common plastic items, including plastic cutlery, straws, plates, swabs and fishing gear. (Photo by Sean Gallup/Getty Images)</p>

SACRAMENTO, Calif. (AP) — People who want straws with their drinks at California restaurants will have to ask for them under a new state law.

The law doesn't ban plastic straws outright like some cities have.

Restaurants that don't comply will get two warnings before being fined up to $300 per year. It will apply only to full-service restaurants, not fast food establishments.

Democratic lawmakers who support the law call it a small step toward reducing ocean pollution.