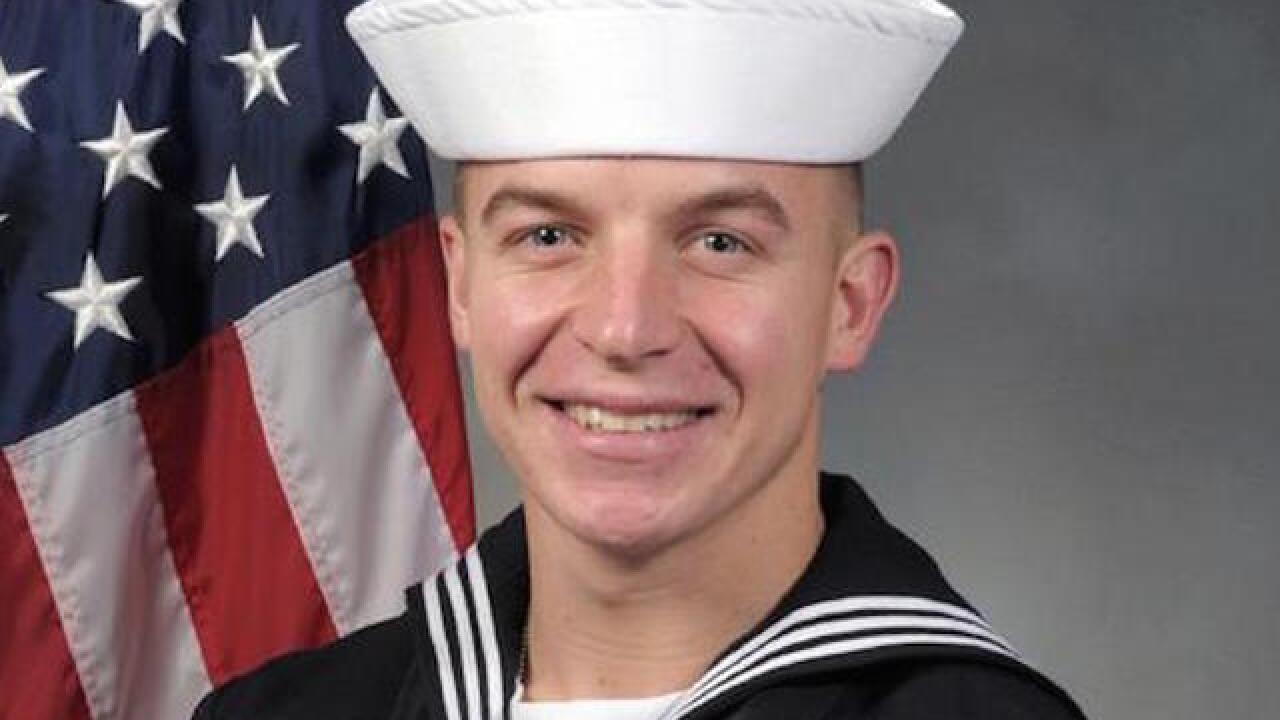 SAN DIEGO (AP) — His lips turning blue and his face purple, the Navy SEAL trainee dressed in full gear was struggling to tread water in a giant pool when his instructor pushed him underwater at least twice — actions a medical examiner ruled Wednesday made his death a homicide, not an accident.

The homicide ruling on the May 6 drowning of 21-year-old Seaman James Derek Lovelace raises questions about the safety of the grueling training that produces the U.S. military's most elite warfighters. It also raises questions about where the line is drawn between what is considered to be rigorous training designed to weed out the weakest and what is abuse that leads to a homicide.

Lovelace, of Crestview, Florida, was in his first week of training in Coronado, near San Diego. An autopsy found he drowned. The report noted he also had a heart abnormality but said the problem was only a contributing factor.

The homicide ruling does not necessarily mean a crime occurred, and the instructor has not been charged.

The medical examiner said some may consider the death an accident, especially in a "rigorous training program that was meant to simulate an 'adverse' environment."

But "it is our opinion that the actions, and inactions, of the instructors and other individuals involved were excessive and directly contributed to the death," the report said.

The drowning marked the third death of a SEAL trainee this year, including one who committed suicide after dropping out of the training and another who was killed in a car accident.

It's highly unusual for a training death for any service branch to be classified a homicide.

The Navy is investigating and has assigned the instructor to administrative duties. Officials said they want to ensure investigators will carry out a thorough probe and declined to release any details on the instructor.

Lovelace showed signs he was having difficulty treading water in fatigues, boots and a dive mask filled with water in the heated pool, which ranged in depth from four-to-15 feet. While struggling, he was seen on surveillance video being dunked at least twice by an instructor, the report said.

He also slipped underwater several times as the instructor followed him around, continually splashing him for about five minutes, the report said. Several other instructors also splashed him.

At one point in the training, a fellow trainee tried to help Lovelace keep his head above water. Video appears to show the instructor dunking Lovelace and later pulling him partially up and out of the water and then pushing him back, the autopsy report said.

Multiple people stated that his face was purple and his lips were blue, according to the report. One individual was even considering calling a "time-out" to stop the exercise, the report said.

Shortly after being pulled from the pool, Lovelace lost consciousness and was taken to a civilian hospital, where he died.

Instructors are supposed to create adverse conditions by splashing, making waves and yelling at the students but they are reportedly advised not to dunk or pull students underwater, according to the report.

The Navy briefly paused its training to review safety standards, such as how to recognize when someone is in trouble, but it has not changed its pool exercises, Navy spokesman Lt. Trevor Davids said. He declined to identify the instructor or say how long he had been in that position or a SEAL.

Lovelace, who had an abnormal enlargement of the heart and a year ago was prescribed medicine used to treat asthma, was reportedly not a strong swimmer, according to the medical examiner. He had joined the Navy about six months before his death.

Several former SEALs told The Associated Press the instructor's actions did not strike them as unusual.

Former Navy SEAL Keith David went through basic training about eight years ago. He doesn't remember whether instructors ever dunked him in the pool exercises, but he said they were tough. During an exercise that tested the stamina of trainees to stay underwater, he recalled, some of the trainees didn't want to give up and stayed at the bottom too long.

"I know it wasn't uncommon. Guys pushed themselves so hard to stay down, they would force themselves to black out, but instructors would be ready to bring them back to consciousness," he said.

"These are high-risk trainings so if they are done enough times, they're going to have a death," he said. "I'm surprised there are not more deaths. They do a great job of mitigating all that."

Dan O'Shea, a former Navy SEAL commander, remembers fellow candidates in his basic training passing out during pool exercises and then would come up, coughing up water. He said that's what the training is designed to do, push men to the limit and beyond so they are prepared to take on any challenge, anywhere.

On average, only 25 percent of SEAL candidates become SEALs.

"What people have to understand is what SEALs train for, is to go to war," he said. "It's inherently dangerous, and so is the preparation."

A host of instructors run the exercises, which are closely monitored by senior officers. Many instructors are SEALs who have returned from multiple combat missions to train people who may one day serve next to them in combat.

O'Shea is concerned the medical examiner's ruling could lead to changes. SEALs' ability to handle themselves in water sets them apart from other special operations teams.

"Changing standards would mess with a process that has proven its mettle since 1962 and produced the most elite fighting force on the planet, one that took out Osama Bin Laden. Why mess with perfection?" he asked.

This story has been corrected to show the medical examiner made the ruling Wednesday, not Thursday.