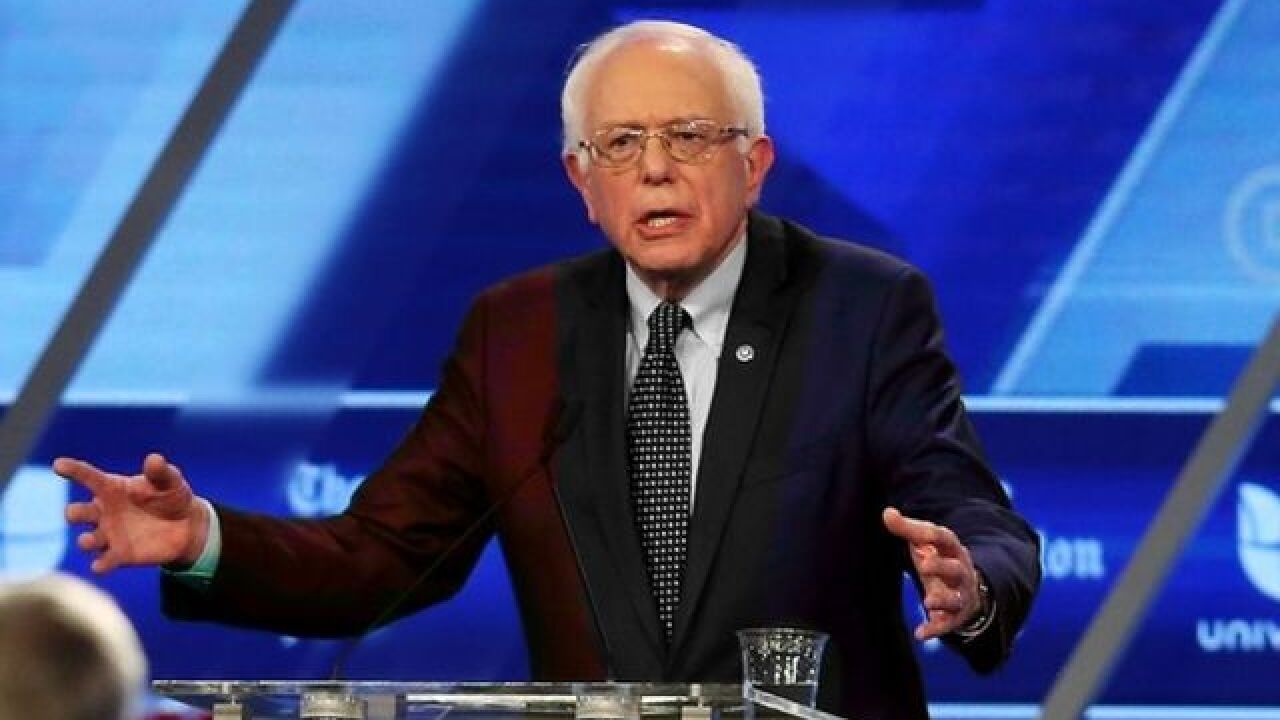 If you relied on CNN, Fox News or MSNBC Tuesday night for election coverage, there was one thing you likely missed: Bernie Sanders’ speech.
That’s because the national cable networks declined to carry it.
Those on-air continued to offer punditry about the night – while consistently promising that Donald Trump would soon speak -- as Sanders took the stage following his losses in Florida, North Carolina and Ohio, multiple news outlets reported. He would later lose in Missouri and Illinois, as well.
His speech was still available for viewing on CSPAN.
The Democratic socialist, who has been lagging in the polls against competitor Hillary Clinton, took the stage for a full hour in Phoenix. Igniting cheers and chants from the crowd, he restated the major focuses of his campaign, while focusing on his issues with democracy in America and the country’s alleged rigged economy.
“You know what we’re going to do together?” Sanders addressed the crowd at one point. “We’re gonna create an economy that works for all of us, not just the 1 percent.” Watch the full speech below.
The event came ahead of Arizona’s March 22 primary, where Sanders has a shot at picking up more delegates and bringing himself back into the running.
Utah and Idaho will also hold Democratic primaries that day.
Associated Press 2016