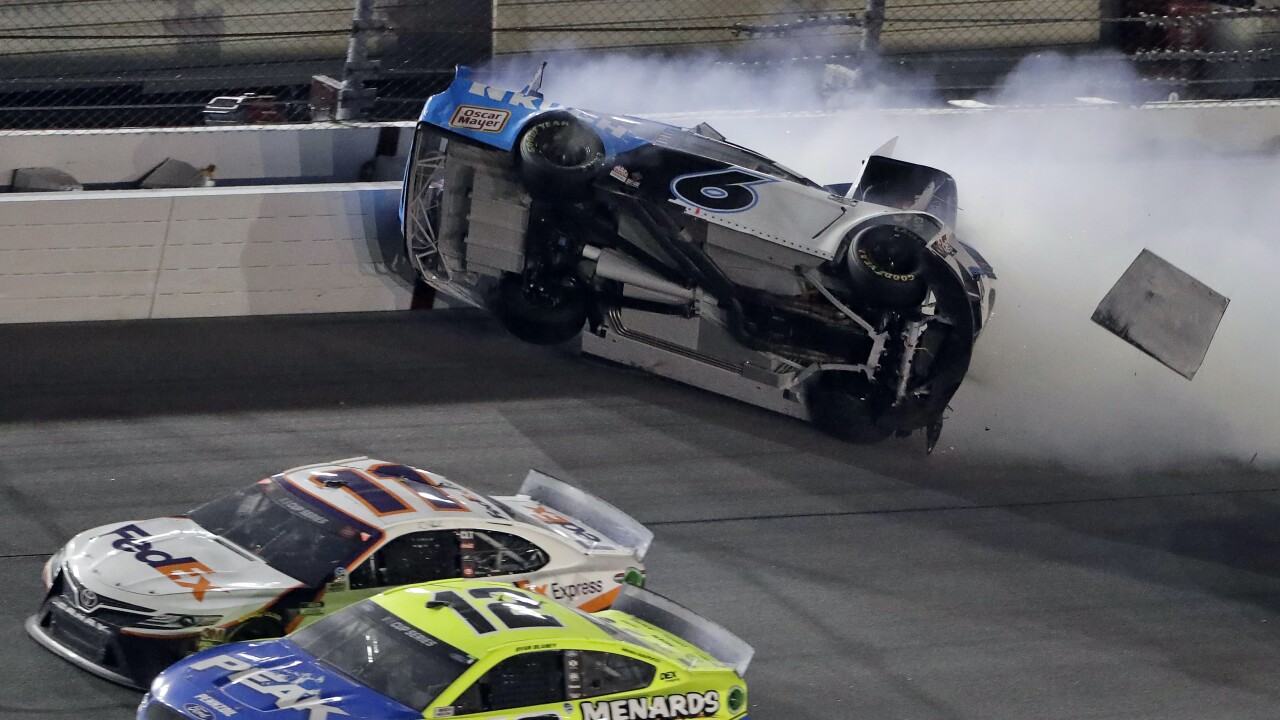 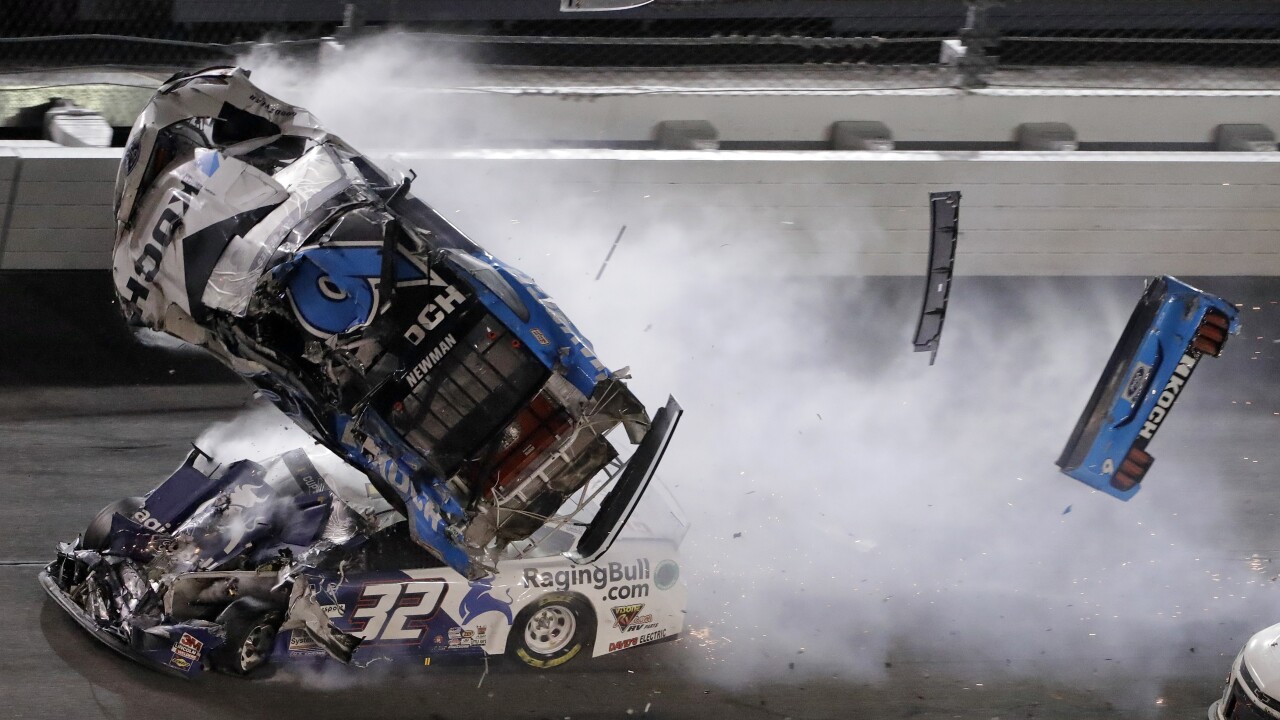 It took a few hours for the news to be released, but by all indications, Ryan Newman is okay. NASCAR officials said Newman had non life-threatening injuries following a horrific crash at the end of the Daytona 500 on Monday.

Newman is in serious condition after being transported to the hospital.

As Newman approached the finish line of the Daytona 500 on Monday, he was set to win his first Daytona 500 in 12 years.

But a nudge from behind sent Newman into the wall as his competitors crossed the finish line. The crash allowed Denny Hamlin to win his second straight Daytona 500.

As Hamlin celebrated the win, attention quickly turned to Newman, whose car spun out of control and burst into flames. After Newman's car struck the wall and flipped, it was then struck at full speed by Corey LaJoie's vehicle, causing Newman's car to flip again.

The celebration for Hamlin was subdued following the race.

"I think we take for granted sometimes how safe the cars are," Hamlin said. "But No. 1, we're praying for Ryan. Worked really well with Ryan through this whole race, and obviously he got turned right there."

Ryan Blaney, who came in second place, described his view of the incident.

"We pushed Newman there to the lead, and then we got a push from the 11 (Danny Hamlin's car), and I made a move off 4 (Kevin Harvick's car) on Newman and he blocked it and I kind of went low and he blocked that, so then I was committed to just pushing him to the win and trying to have a Ford win it, and I don't know, we just got bumpers hooked up wrong and turned him," Blaney said. "I hope he's all right. Looked pretty good. Definitely was trying to push him to a win. I don't want to say those things happen. I feel really bad about it."

The Daytona 500 was pushed to Monday after rain forced the postponement of the race on Sunday.

Watch video below of the race's finish:

Here is the final lap of the Daytona 500 in which Ryan Newman's car was flipped at the line.

We will continue to keep you updated on his status as we learn more. pic.twitter.com/qkEwQBpoP0

In 2017, NASCAR addressed changes to car safety. NASCAR said that the wall, roll cages, headrests and seat belts, HANS devices and the seats have improved the safety in vehicles.

“We have a group of expert consultants … with a great level of experience, education and background in protecting humans during crashes,” John Patalak, Director of Safety Engineering for NASCAR said in 2017. “We will bounce ideas off them, we will use them to evaluate new head-and-neck restraints, we use their input as a fresh set of eyes on our data and conclusions to make sure we’re not missing anything, to make sure we’re going down the right road and really to help us ask the right questions or test the right things to make sure we are doing no harm.

“Sometimes we come up with a conclusion and it may be better for that exact, specific scenario but it’s important to evaluate it against all scenarios to make sure we’re not creating a hazard somewhere else that we would be unaware of.”