Nancy Reagan to lie inches from her husband 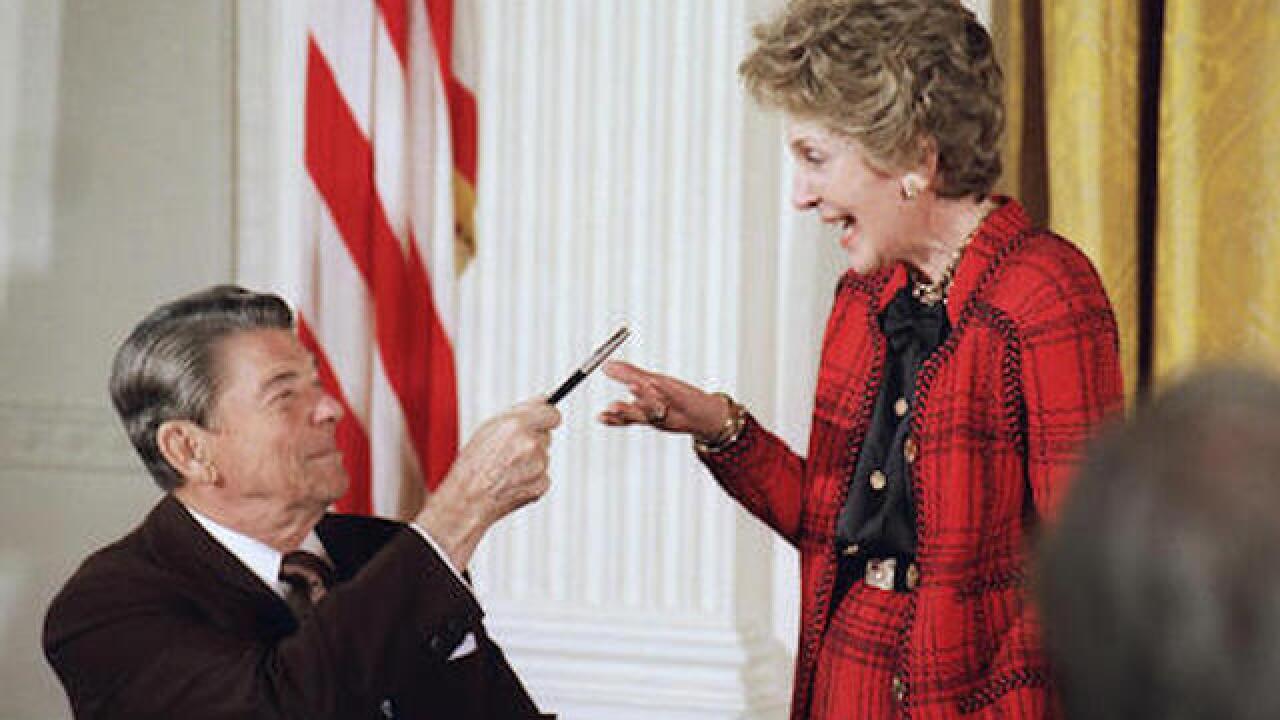 Ron Edmonds
<p>FILE - In this Nov. 18, 1988 file photo, former President Ronald Reagan hands a pen to then first lady Nancy Reagan after he signed a major anti-drug bill at a White House East Room ceremony in Washington. Reagan dedicated the bill to Nancy, who has led a "Just Say No" campaign among America's youth, and gave her the pen he used to sign the bill with. (AP Photo/Ron Edmonds, File)</p>

LOS ANGELES (AP) — Just as she was always by his side in life, former first lady Nancy Reagan will be laid to rest just inches from President Ronald Reagan when she is buried Friday in a hillside tomb facing west toward one of the couple's favorite views — the Pacific Ocean.

Mrs. Reagan's funeral service, preceded by public viewings on Wednesday and Thursday, was planned down to the smallest details by the former first lady herself, including the flower arrangements, the music to be played by a U.S. Marine Corps band and the people who received invitations to the private memorial at Simi Valley's Ronald Reagan Presidential Library.

"No doubt about it, the most important of her special requests was that she be laid to rest right next to the president, as close as possible," said John Heubusch, executive director of the Ronald Reagan Presidential Foundation and Library.

"The way the tomb is constructed," he continued, "her casket will literally be set forth in the ground inches from President Reagan's."

The hour-long service, to which approximately 1,000 people have been invited, is to take place on the library's lawn. On a clear day the gravesite affords visitors ocean views.

"One of our saddest situations is we have so many people who have called or written, saying they would like to attend, but unfortunately it needs to be by invitation only because we only have so much room on the lawn, Heubusch said. "As a result, Mrs. Reagan was very adamant about having some time where the public could come by and pay last respects."

The most recent first lady's funeral was for President Gerald Ford's widow, Betty, in 2011. Some 800 people, including Mrs. Reagan, attended a private memorial service for her in Palm Springs, California, followed by a second, smaller service in her hometown of Grand Rapids, Michigan.

When former President Richard Nixon's wife, Pat, died in 1993 some 4,000 people attended a public viewing for her at the Richard Nixon Library in Yorba Linda, California. A private service took place the next day, and Mrs. Reagan and her husband were among those who attended.