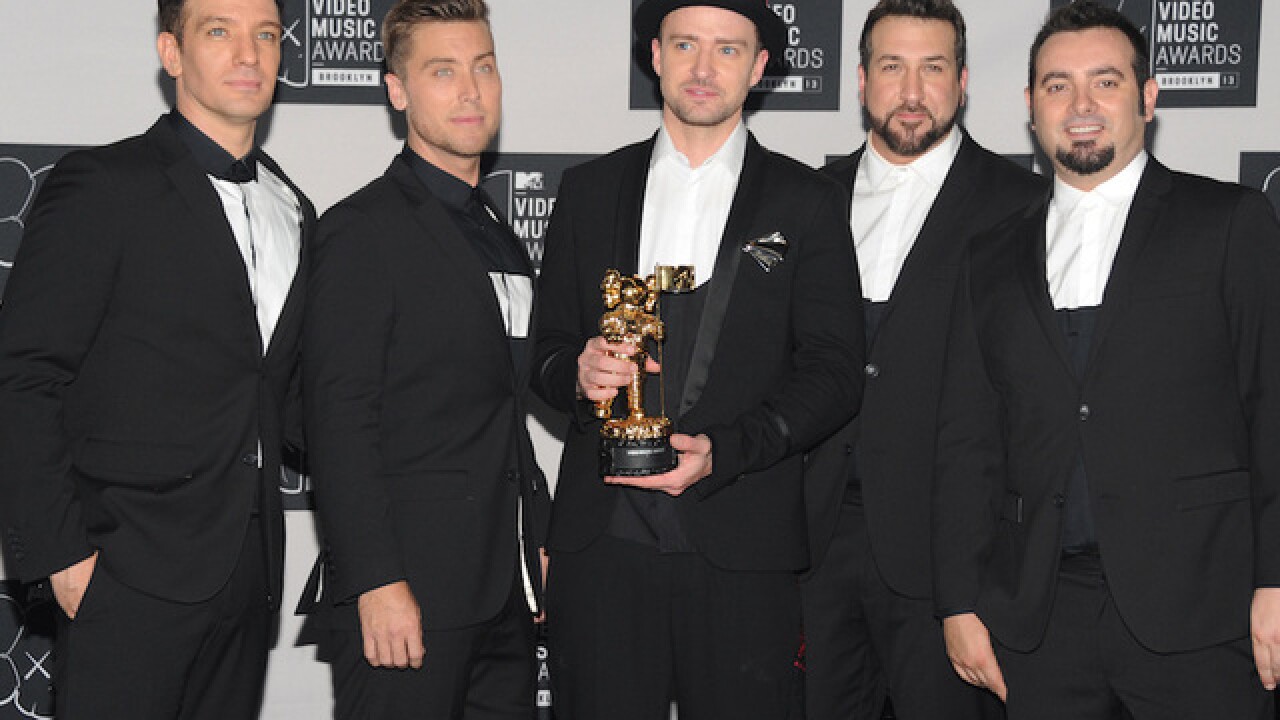 'N Sync has gotten back together, at least for a night.

The boy band's former front man, Justin Timberlake, posted a picture on Instagram of himself alongside fellow 'N Sync members Joey Fatone, Lance Bass, Chris Kirkpatrick and J.C. Chasez. Timberlake noted in the caption that they were celebrating Chasez's 40th birthday. The picture was also posted on the band's Twitter account.

'N Sync went on hiatus in 2002 and hasn't recorded new material since. The group did reunite, though, for a one-off performance at the 2013 MTV Video Music Awards.

A photo posted by Justin Timberlake (@justintimberlake) on