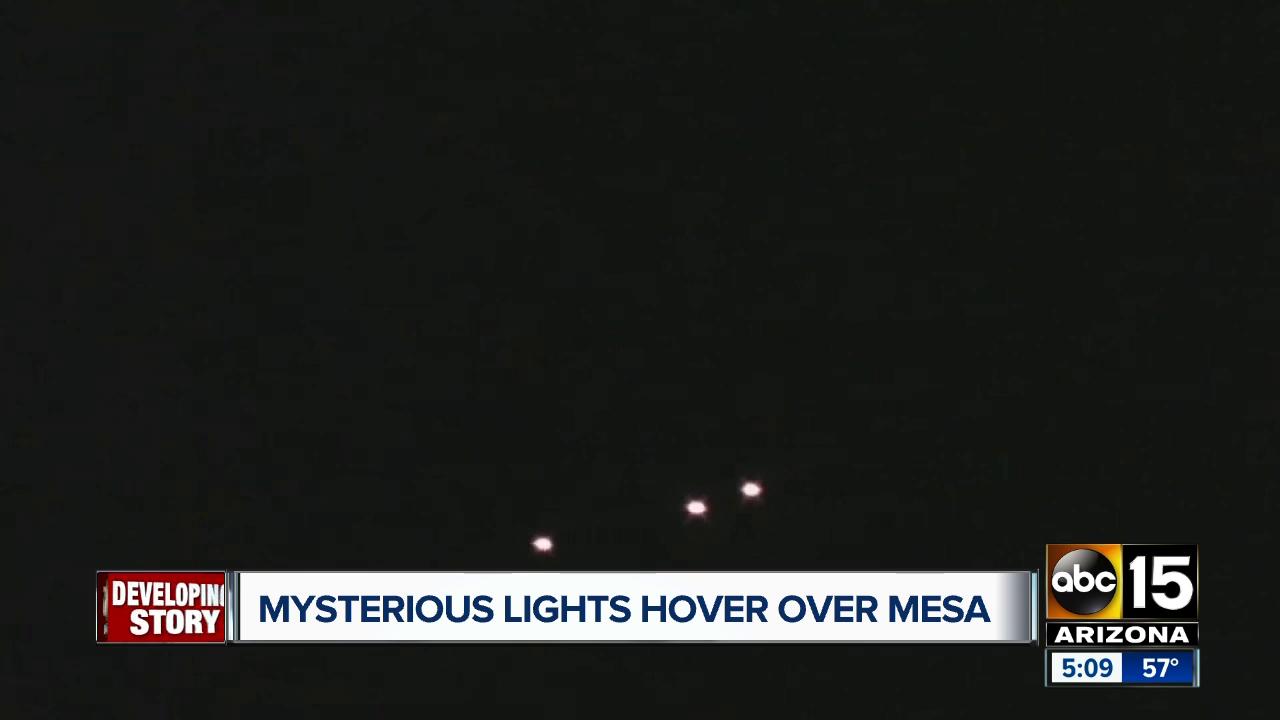 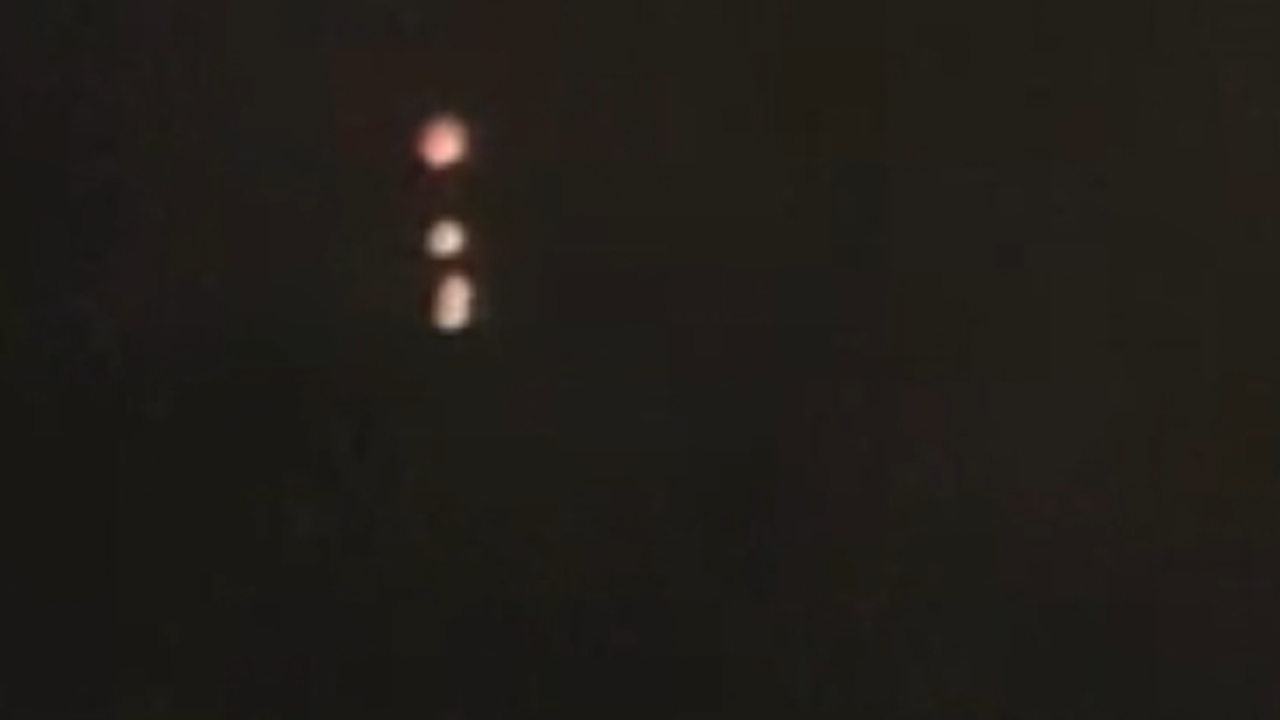 MESA, Ariz. — Mysterious lights hovering above Arizona have many wondering if it was a close encounter.

"It was pretty bright, it was about straight up over here, and it went straight that way, stopped, and it didn't seem like it was too far," said DJ Maier and Kerri Burnett, describing what they saw.

The couple says they spotted the phenomenon outside their Mesa, Arizona, home on Sunday around 9 p.m.

They say the object seemed to come from the southeast.

"It started moving kind of diagonal across, I was trying to figure out which way it was heading, and that's when we noticed it started dropping things from it," Burnett said.

The object captured on two cellphones looks like a bright orb hovering silently in the sky.

Every few moments, the object appears to drop what looks to be flares toward the ground.

"And it wasn't just us, our neighbors next door they were out, they weren't even filming. They were more in amazement, like statues just watching it," Maier said.

Maier immediately posted the video to Facebook, and the comments rolled in.

But none had any explanation for what they were seeing.

"Some said it may be an aircraft, others said aliens or a comet," Maier said.

The entire event harkens back to 1997 and the mysterious "Phoenix Lights" phenomenon — a mystery that remains in hot debate even today.

KNXV reached out to several aviation experts who theorized the lights seen Sunday could be from parachute flares used by the military or even helicopters or other aircraft dropping flares during training.

In fact, the Outlaw Military Operations Area sits not far from where the video was shot.

But video found online of those types of exercises just doesn't seem to match.

KNXV reached out to the Federal Aviation Administration, Luke Air Force Base and the Army National Guard, but none could say for certain what it was, leaving the answer to what was caught on camera to anyone's guess.

"I know what I saw, and I don't think it was from here, and I think it was definitely something else," Maier said.

This story was originally published by Cameron Polom on KNXV.