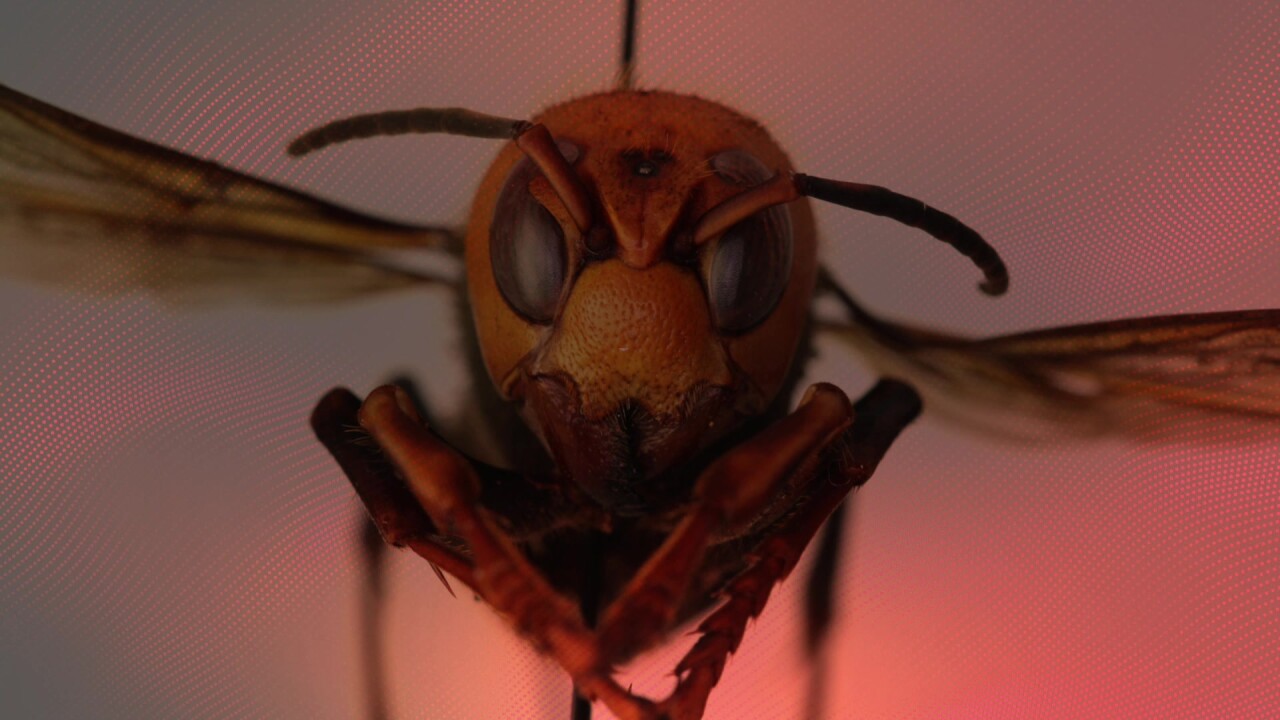 Dubbed the “Murder Hornet" by Japanese researchers, the Asian Giant Hornet is now being sought by entomologists in the Pacific Northwest, and they're trying to stop it from flying any farther.

Murder Hornet is far from the technical term for the insect, but beekeeper Ted McFall says it’s fitting.

“No, apparently that name was coined in Japan, and to me, it seems like a pretty suitable name for a nasty little critter," he said.

McFall knows firsthand the devastation the Asian Giant Hornet can cause. Take last November, when McFall went to look at what he says was one of his strong and healthy beehives.

Thousands of bees were gone. A month later, there was a sighting of the Asian Giant Hornet just two miles away.

"The main goal of the trapping, actually, is to locate workers, and then once we have a positive find, we will increase our trapping density in that area and try to follow that density gradient back to the nest and then eradicate the nest. The nest is really the reproductive unit that we have to get rid of," said Dr. Looney.

The Asian Giant Hornet feeds on a variety of insects but is known for its attack on strong honey beehives. Their venom is said to be extraordinarily potent. Despite having a stinger themselves, the honey bees are completely defenseless against Asian Giant Hornets, who feed on the bees and their larvae.

"The Asian Giant Hornet is the biggest hornet on earth. They’re two inches long. The queen is even bigger than that, crazy long stinger. Their stinger will sting right through any beekeeper’s equipment," says McFall, who has been beekeeping since he was a young boy.

"Our Japanese colleagues, literally today, said we’re not taking it seriously enough, which is kind of interesting in terms of how it can hurt people," says Dr. Looney.

Dr. Looney says the Asian Giant Hornet is only a threat to people if they come close to their nest or one they're attacking. And right now, they are only in the Pacific Northwest. Perhaps the greatest threat they pose is to beekeepers and the important role bees play in our nation's food supply. McFall says bees pollinate roughly one-third of the country's food crops.

"I work hard to try and make sure my hives are good and strong and healthy, and so it's pretty upsetting when you have some beast from the other side of the world that should not be here, show up and just totally decimate your colony," says McFall.

The key for entomologists right now is to eradicate the Asian Giant Hornets before they get established. While they're laser-focused on that and deeply concerned, they're encouraging people to remain calm.

"Don't panic. We aren’t at high-risk for them. If you’re outside of the Pacific Northwest, there’s no reason to believe that they’re there. All the hornets people are reporting from the East Coast are the European Hornet. That’s actually been established for a long time. They're big and scary and look very similar, but it’s not the Asian Giant Hornet," says Dr. Looney.

Washington State Department of Agriculture officials will continue to set traps made of orange juice and rice wine that have proven successful in Japan and Korea, hoping to find the nest and take it down this summer.