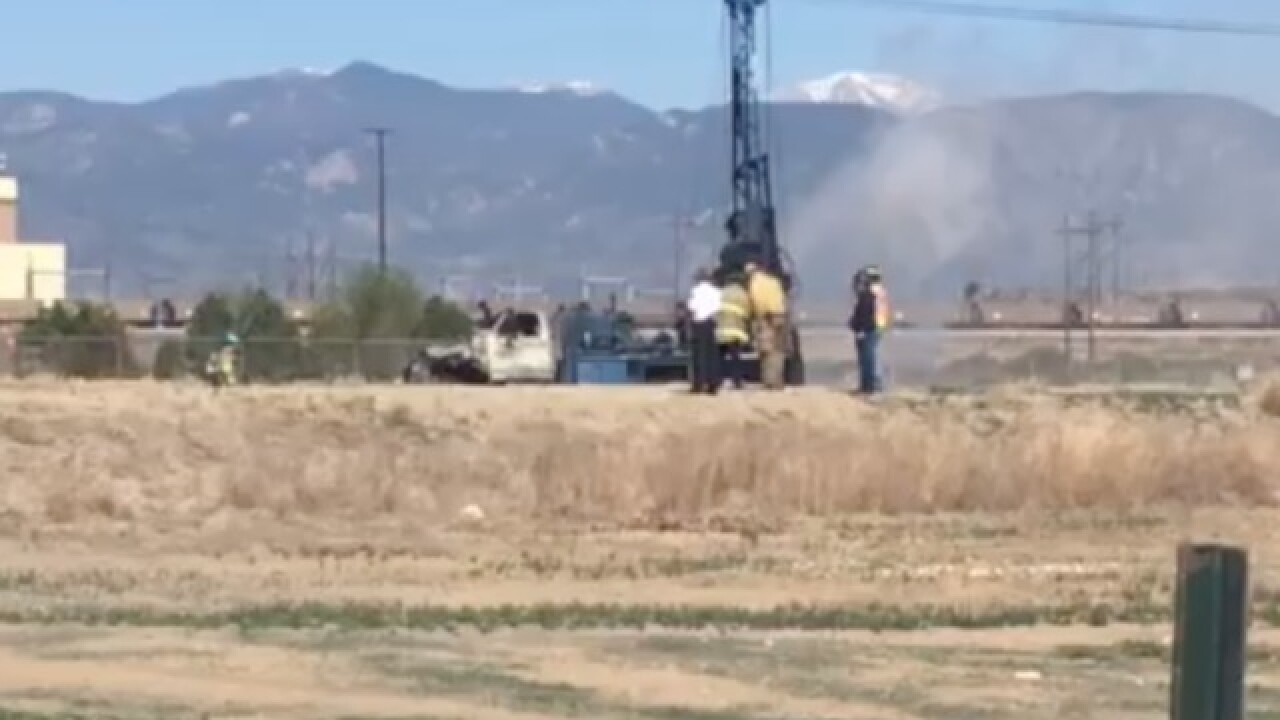 FOUNTAIN, Colorado — Two people are dead after a truck caught fire and exploded south of Fountain, Colorado on Thursday morning.

The incident happened at the Ray Nixon Power Plant. Firefighters said a crew was drilling for soil core samples when the truck's boom hit a 13,000-volt overhead power line.

Colorado Springs police, the El Paso County Sheriff’s Office and multiple fire departments were all on the scene.