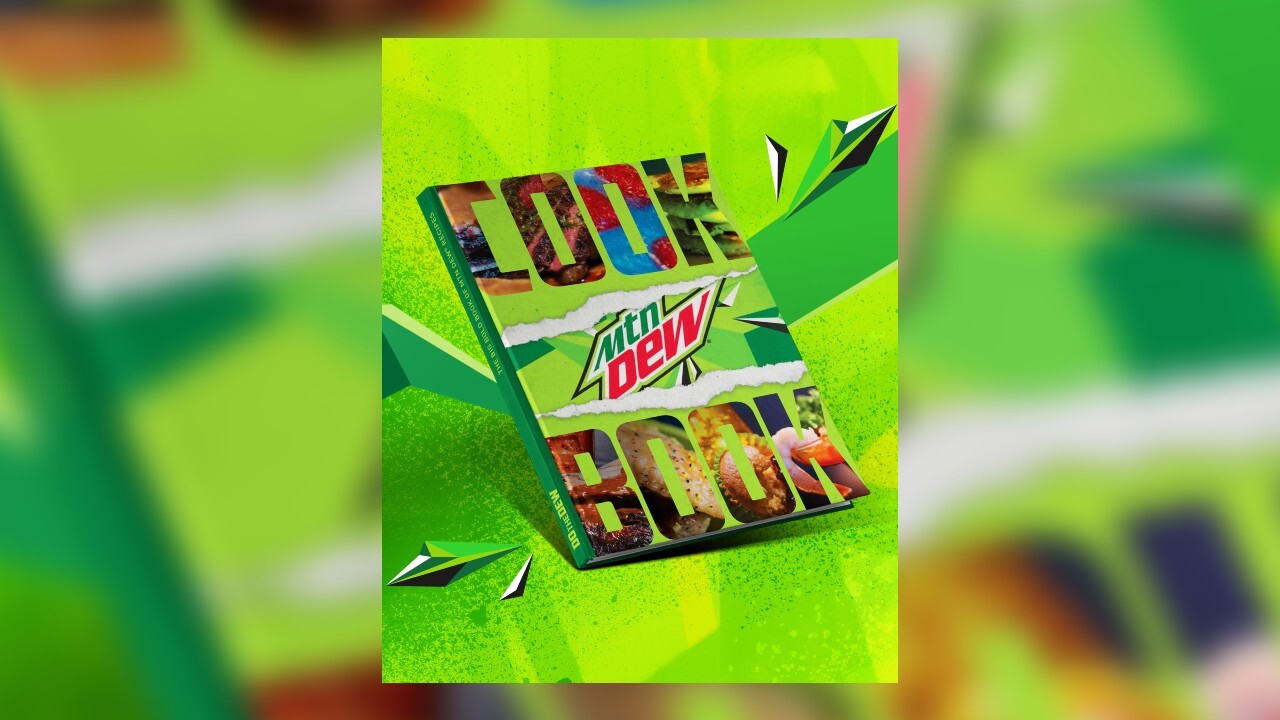 Hand-out/PepsiCo
In celebration of Mountain Dew turning 80, the brand is releasing its first-ever cookbook with recipes featuring the green carbonated drink.

In celebration of Mountain Dew turning 80, the brand is releasing its first-ever cookbook with recipes featuring the green carbonated drink.

According to a news release issued through PRNewswire, PepsiCo said the "Big Bold Book of MTN DEW Recipes" cookbook will include 40 recipes "of fan-made, fan-inspired, and fan-favorited creations from some of the most imaginative culinary minds on the planet."

"The relationship between MTN DEW and our fandom is the most exciting partnership, and we've continued to draw inspiration from these amazing people and to try to pay back the love they show us every single day," said Nicole Portwood, Vice President, Marketing, MTN DEW, in the press release." Our fans have been creating delicious, outrageous, and genuinely mind-blowing recipes with MTN DEW for years. In many ways, this is the long-overdue love letter to those beautiful edible creations and the people behind them. We're honored to share these recipes with the world in our first-ever curated cookbook!"

Other recipes include green mozzarella bites, which are covered with Flamin' Hot Cheetos and Mountain Dew-infused pickles.

The cookbook will cost $30 and be sold on its newly launched DEW Store beginning next week.