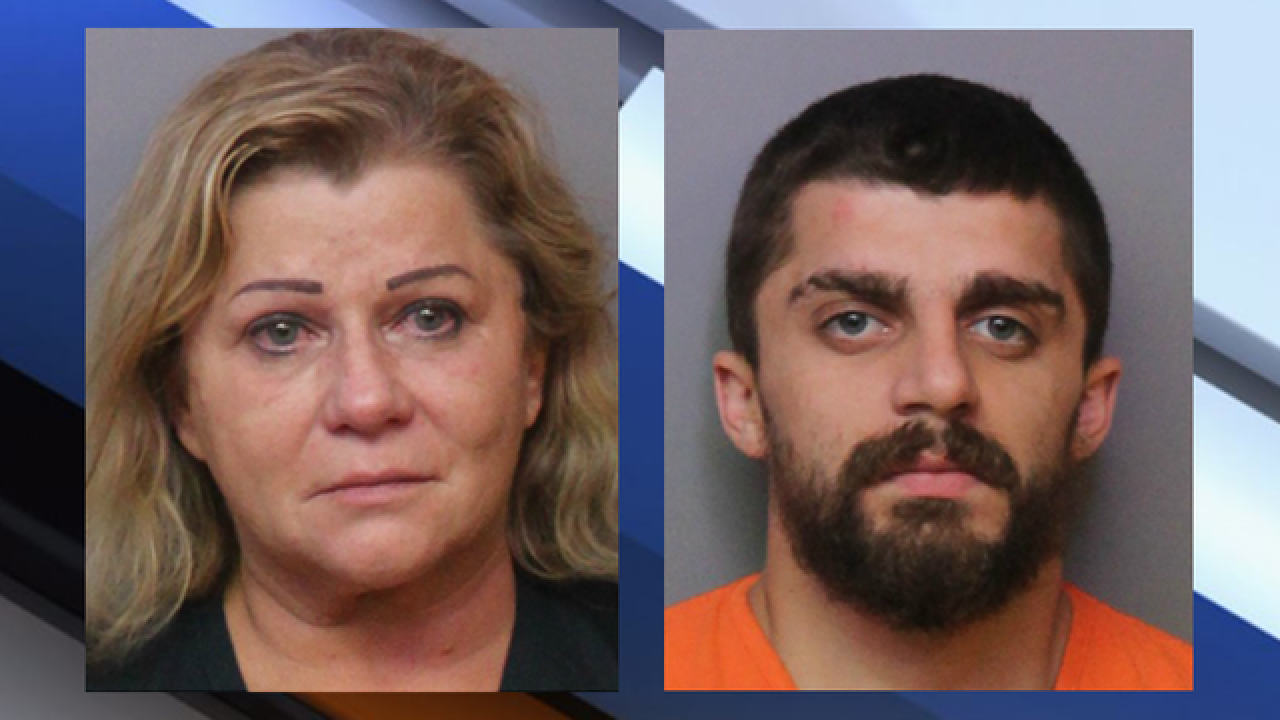 LAKELAND, Fla. -- A family argument on Mother's Day turned violent and ended in the arrest of a mother and a son in Lakeland, Florida.

Seth Bryant, 27, was arrested for felony battery (domestic violence) on his father, 58-year-old Clayton Bryant, after deputies say Seth and Clayton got into a physical argument over alcohol.

The father and son were arguing after Seth demanded he be allowed to have more alcohol, according to the arrest affidavits. Seth reportedly put his fist against his father's face and pushed him with it, deputies say.

After deputies with the Polk County Sheriff's Office arrived on scene, Seth reportedly made numerous derogatory racial comments toward the deputy who is black.

As Seth was being arrested, Judy Bryant, 54, shoved her husband against a counter and said "How's this for domestic violence?" She then refused commands by the deputies and resisted the deputy's efforts to arrest her. Ultimately, she was placed into handcuffs and was arrested.