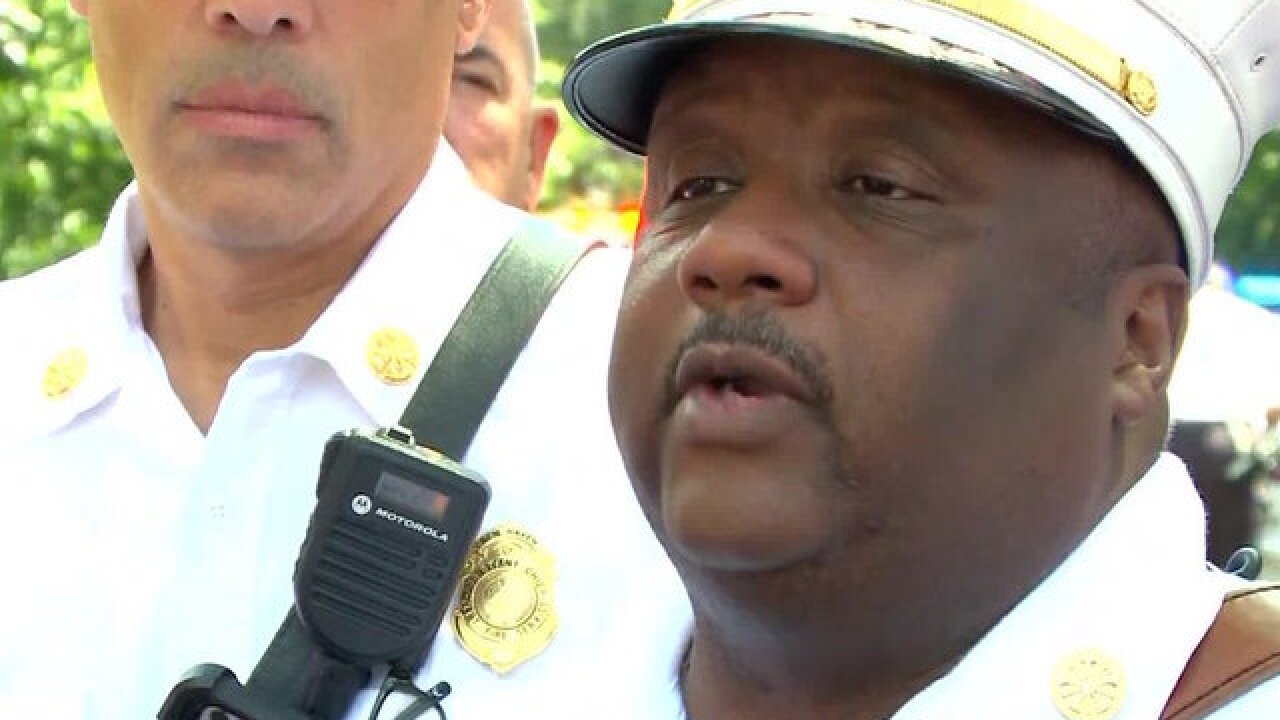 As Fire Chief John Alston Jr. spoke to reporters in New Haven, Connecticut, about a spate of drug overdoses on Wednesday, he heard shouting coming from behind him.

"We're getting another call of a person," Alston said.

He quickly helped coordinate the response, and then returned to the microphone.

That scene occurred the same day that 76 people were believed to have overdosed on some form of K2, or synthetic marijuana, officials in New Haven said. Officials responded to 19 additional reports of overdoses on Thursday, bringing the total to 95 cases, according to Rick Fontana, New Haven Emergency Operations Director.

Almost all of the overdoses occurred in New Haven Green, a large park in the city's downtown.

On Wednesday, 72 people were transported to the hospital and four people refused treatment, according to Fontana.

There have been no deaths from the spate of overdoses. New Haven police said one person is in custody.

What is synthetic marijuana?

Drug Enforcement Administration test results confirmed that samples of the drug were unadulterated K2, according to Laurence Grotheer, spoksperson for New Haven Mayor Toni Harp. CNN has reached out to the DEA for more information.

Synthetic cannabinoids like K2 are human-made chemicals that can be either sprayed on dried plants and smoked or sold as liquids to be inhaled in e-cigarettes or other devices.

They can be anywhere from 2 to 100 times more potent than THC, the psychoactive ingredient in marijuana, researchers have said. That wide range is due to the fact that the drugs used change from batch to batch.

Synthetic marijuana has caused similar mass hospitalizations in one localized area in the past. In May, for example, 25 people were hospitalized in one area of Brooklyn, New York, after having negative reactions to what was believed to be K2, police said.

First responders in New Haven initially suspected that the drugs were laced with some form of opioid and used Narcan, which combats opioid overdoses, on the patients.

Connecticut Gov. Dan Malloy said the state's public health agency provided 50 doses of naloxone, another name for Narcan, to replenish the supply that had been used on Wednesday.

In New Haven, the patients transported to the hospital included people of various ages and demographics, Chief Alston said.

Fontana said the patients had symptoms of increased heart rates, decreased respiratory rates and a lot of vomiting. Some people were unconscious, others were semi-conscious.

Although there were no deaths, two individuals were considered to be in serious, life-threatening condition. Some individuals who were released from the hospital needed to be treated a second time for an additional apparent overdose, Fontana said.