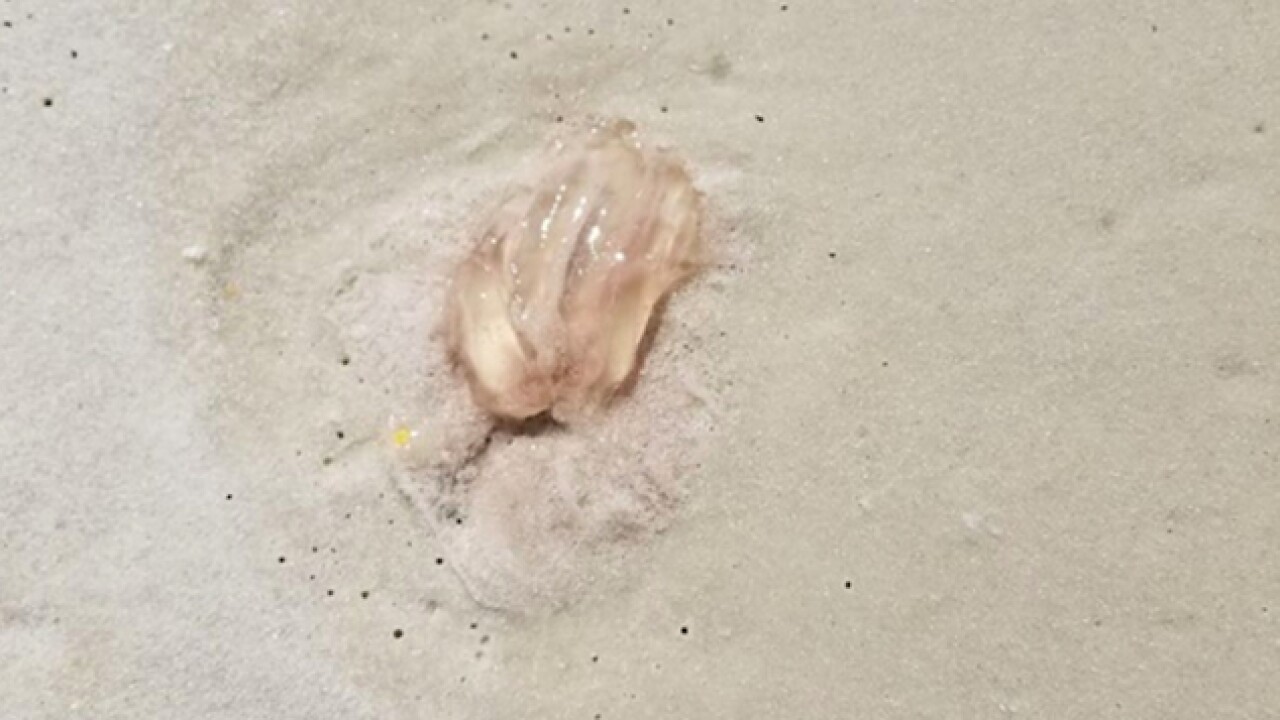 Jennifer Mills
<p>A jelly fish is seen recently on the beach in Perdido Key, Florida. More than 800 people were stung in three days along the coasts in Central Florida.</p>

Along the Central Florida coast, a spike in moon jellyfish stings have kicked off summer in a painful way.

Lifeguards treated 107 jellyfish stings Saturday, and a staggering 523 on Sunday. Add to that 180 by the end of Monday and it brings the total to 837 stings over three days.

Tammy Malphurs, spokeswoman for Volusia County Beach Safety, was unsure of the highest number of stings, but said the weekend was not the most the beaches have ever seen.

"It's not a record, but it's definitely a high number," Malphurs said.

The appearance of a large numbers of jellyfish isn't uncommon. They appear on beaches once or twice a year when wind and currents push them to shore, Malphurs said.

One of the unlucky ones who was bitten over the weekend us Tonya Kronk, of Daytona Beach, Florida. It was a first for her, and the injuries were "pretty bad," she said.

"I took my body board out past the sand bar and it wasn't five minutes before I got stung," Kronk said. "I went to catch a wave and it just kinda stuck to my leg, it was wrapped around it and I couldn't get it off fast enough."

What you can do

If you are stung, seek medical attention right away.

While jellyfish stings can be painful, they are relatively easy to treat with white vinegar, which lifeguards usually have on hand.