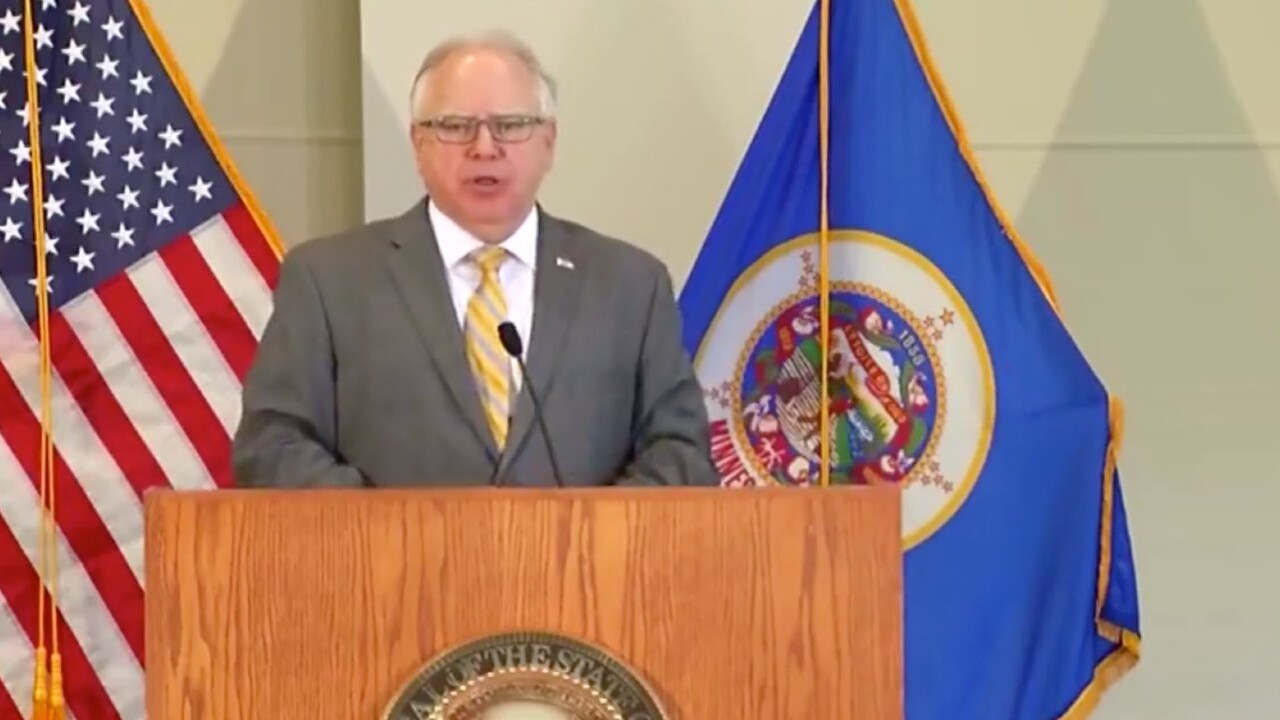 ST. PAUL, Minn. – The governor of Minnesota has called for order to be restored in the state amid violent protests over the death George Floyd.

During a Friday press conference, Gov. Tim Walz and other state leaders addressed the public safety concerns the Twin Cities are facing as protesters take to the streets demanding justice for Floyd’s death.

“We have to restore order to our society before we can address the issues,” said Walz.

Watch the press conference below:

Floyd was arrested Monday after a grocery store employee called the police to report someone trying to pass a counterfeit bill. A 10-minute video of Floyd’s arrest soon circulated online.

The video shot by a bystander shows a Minneapolis police officer pressing his knee on Floyd’s neck while the man gasps for air with his face against the pavement. Floyd then lost consciousness and was transported to a hospital, where he was pronounced dead.

Four officers involved in Floyd’s death were fired Tuesday by the Minneapolis Police Department. And on Friday, the former officer who knelt on Floyd's neck was charged with murder and manslaughter.

Walz said it is his expectation the justice for the officers involved in Floyd’s death “will be swift” and “fair.” And, Minnesota Attorney General Keith Ellison echoed the governor’s call for “swift” justice.

“I believe that the message has been sent and received that the wheels of justice turn swiftly,” said Ellison. “No unjustly, expeditiously, thoroughly, fairly, but swiftly.”

For the past three nights, protesters angered by Floyd’s death have grown increasingly violent. Thursday, demonstrators torched one of the city’s police stations that the department had abandoned.

Fires burned Friday morning in Minneapolis and nearby St. Paul. Minnesota National Guard members were being stationed in locations to help stem looting.

Gen. Jon Jensen of the National Guard said Friday that he was made aware of a “credible threat” against his men and women, which led him to arm his forces, with the governor’s approval.

“Our guardsmen maintain the right to self-defense,” said Jensen, without elaborating on the threat.

John Harrington, Commissioner of the Minnesota Department of Public Safety, says arrests were made overnight for burglary and arson, but he couldn’t provide the number of arrests at the time.

Walz said he understands that trust in police has been lost by many, but the looting and recklessness that has taken place this week cannot continue.

"The situation on the ground doesn't allow us, at this time, to tackle those issues," said Walz. "The very assets in our community, our library, our businesses, those non-profits and government-entities, the light-rail system, are all shut down from this. We have to restore order to our society before we can start addressing the issues. Before we turn back to where we should be spending our energy, making sure that justice is served, justice is served swiftly, that we learn something from what George Floyd gave on Monday."

Also on Friday, the governor issued a public apology for the arrest of CNN reporter Omar Jimenez, as well as his producer and his photojournalist.

“I take full responsibility. There’s no reason that should ever happen,” said Walz. “The protection and security and safety of the journalists covering this is a top priority...because it is a key component of how we fix this.”