Millions of eggs in nine states recalled over salmonella fears 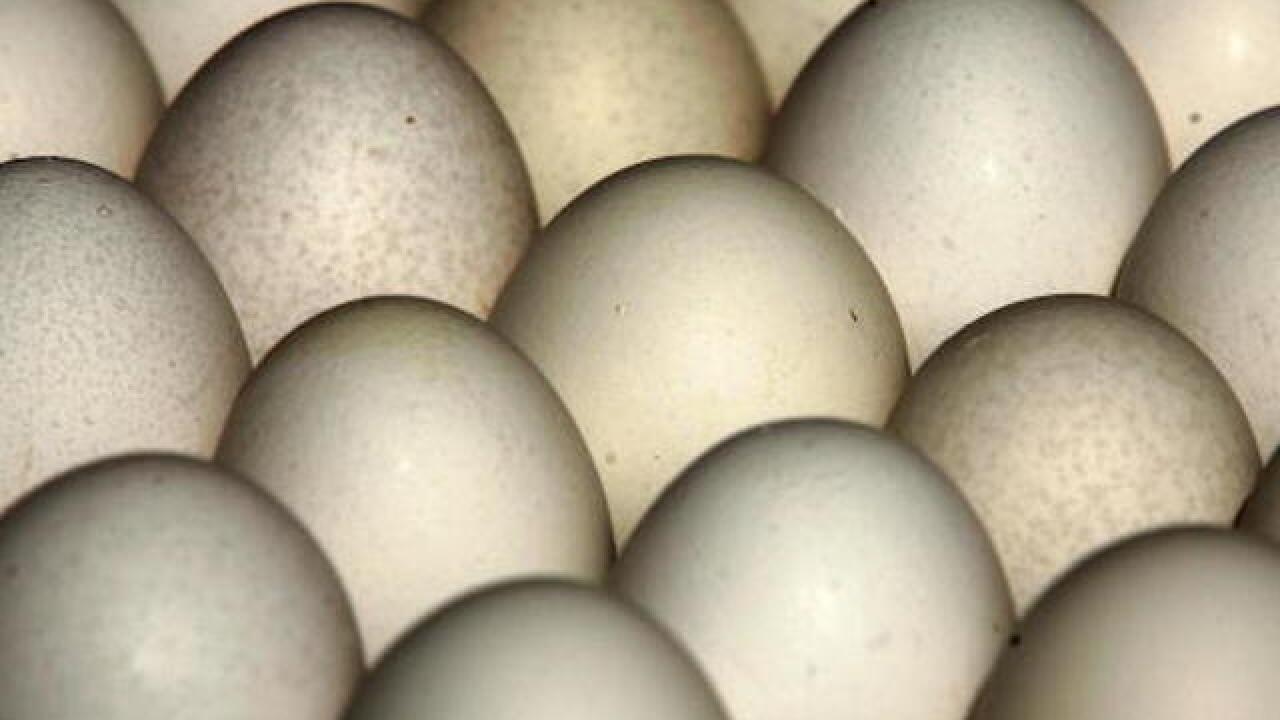 Image copyright 2018 Getty Images. All rights reserved. This material may not be published, broadcast, rewritten, or redistributed.
Abid Katib
<p>GAZA CITY, GAZA STRIP - MARCH 21: Eggs are sold by a vendor at the popular Firas market on March 21, 2006 in Gaza City, Gaza Strip. The Palestinian health service was placed on a state of alert in the wake of the outbreak of bird flu in Israel, prime minister Ahmed Qorei announced. (Photo by Abid Katib/Getty Images)</p>

A farm in Indiana is recalling more than 200 million eggs sold in nine states over salmonella fears.

Rose Acre Farms voluntarily recalled 206,749,248 eggs due to potential contamination with Salmonella Braenderup, the Food and Drug Administration said in a statement.

At least 22 illnesses have been reported so far, the FDA said Friday.

"Consumers with these eggs shouldn't eat them," FDA Commissioner Scott Gottlieb tweeted. "Throw them away or return them to place of purchase for credit or refund."

Salmonella causes serious and sometimes fatal infections, especially in young children, the elderly and people with weakened immune systems. It is generally contracted from contaminated poultry, meat, eggs and water, and affects the intestinal tract.

Chickens can pass the bacteria to eggs because the eggs leave hens through the same passageway as feces. Alternatively, bacteria in the hen's ovary or oviduct can get to the egg before the shell forms around it, according to the US Department of Agriculture's Food Safety and Inspection Service.

In 2010, a salmonella outbreak sickened hundreds and led to the recall of half a billion eggs.