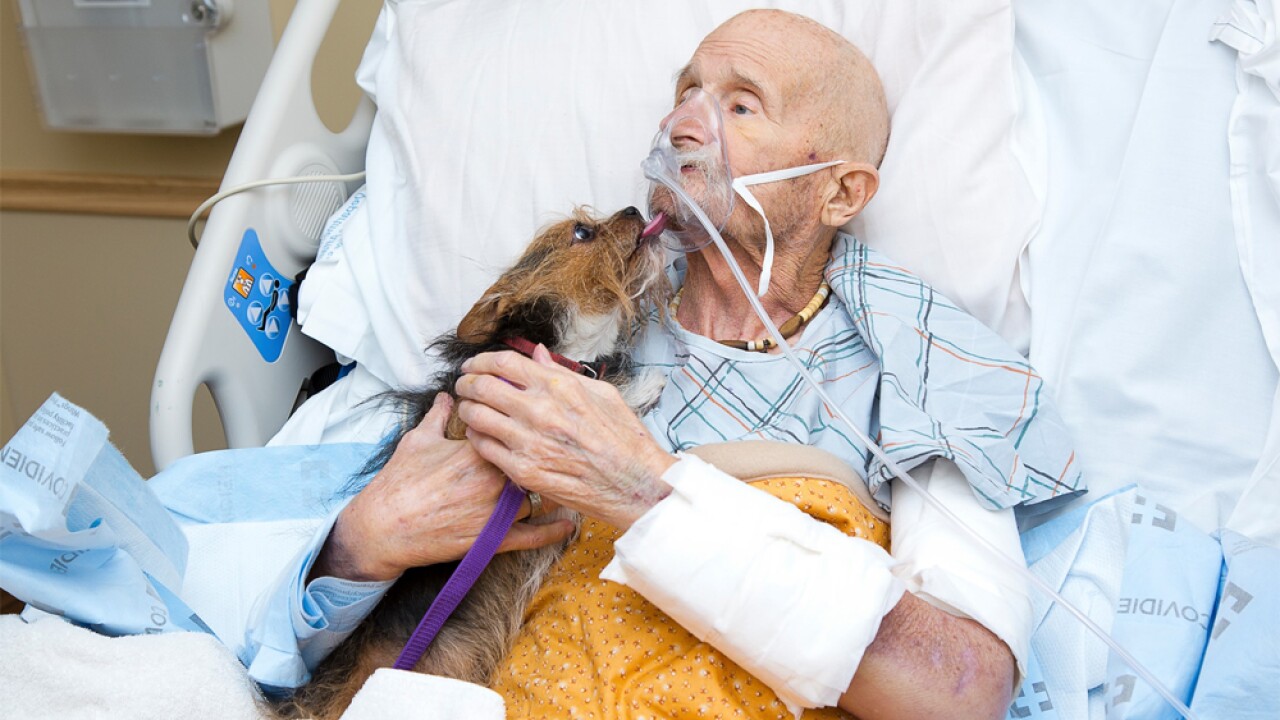 ALBUQUERQUE, N.M. -- A military veteran who may not have much time to live had only one request last week -- he wanted to see his beloved dog one last time.

Veteran John Vincent was recently admitted to a VA hospice center in New Mexico, according to a post by Albuquerque Animal Welfare.

The agency said Vincent has no family in New Mexico, so he had to surrender his dog named Patch to the shelter.

The group said Vincent wanted to see Patch a final time, so workers brought the pint-sized pooch to his hospice room so he could see his furry friend.

Workers at the Albuquerque Animal Welfare said the final reunion was a heartwarming moment for both John and Patch. They were both happy to see each other and say their goodbyes.

And if you are wondering about Patch's future, the shelter says that the dog already has someone interested in adopting him.

This story was originally published by Scott Sutton at WPTV.