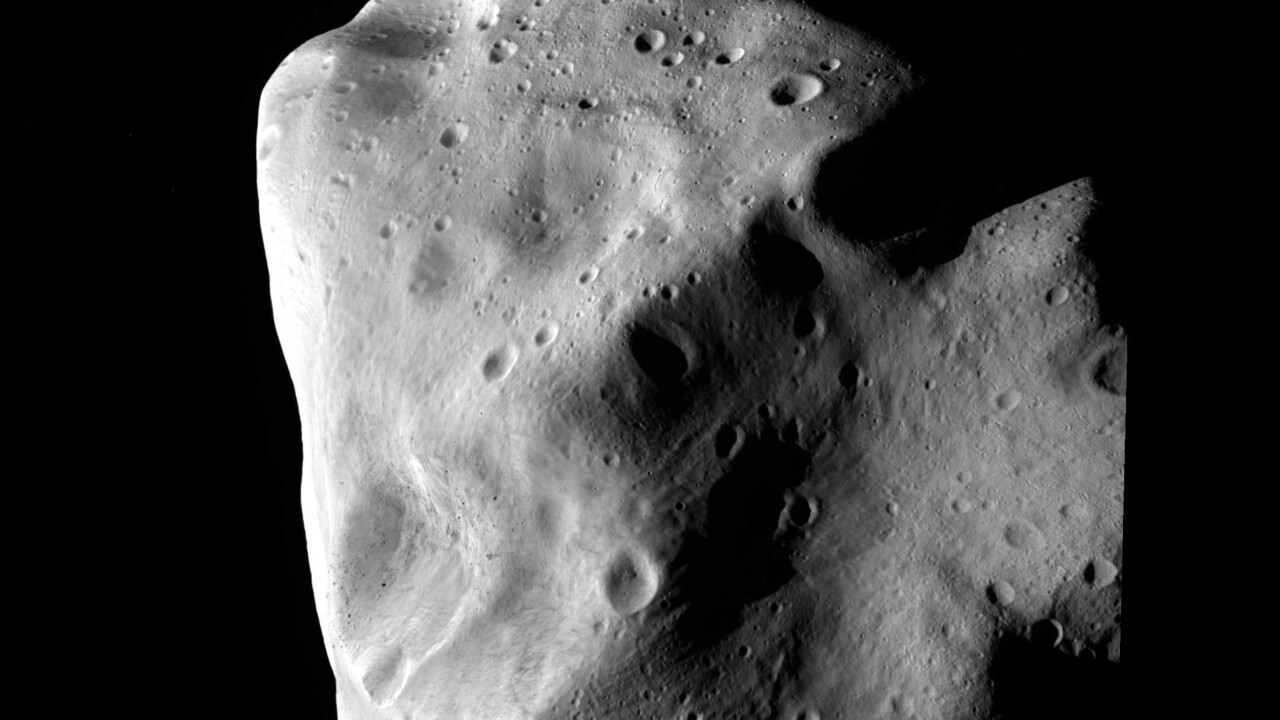 Handout/Getty Images
IN SPACE - JULY 10: This handout image provided by the European Space Agency, transmitted by the space craft Rosetta, shows the asteroid Lutetia at closest approach July 10, 2010 between Mars and Jupiter in outer space. Lutetia, about which little is known although it was discovered in 1852, is believed to be 83.3 miles (134 kilometers) in diameter. The Rosetta, which was launched in 2004, flew by Lutetia tonight at a distance of 1,900 miles (3,200 kilometers). (Photo by ESA 2010 MPS for OSIRIS Team via Getty Images)

(CNN) — A huge double asteroid is streaking toward Earth, but scientists say it will pass by with plenty of room to spare.

The asteroid, known as 1999 KW4, will make its closest approach to our planet on Saturday, but it's important to note that that distance means something different to space folks, who work on a galactic scale.

It's called a bianary system, because there are two asteroids that are gravitationally bound together. The larger one is just under a mile in diameter and its companion asteroid "moon" is about a third of that size.

It was first discovered in 1999 by scientists with the LINEAR project in New Mexico.

The ESA tweeted an animation showing 1999 KW4 that was shot on May 9 by a 0.6-metre telescope on the French island of Réunion in the Indian Ocean.

It describe the asteroid as "the grey blob at the centre of this animation."

Scientists will use dozens of telescopes around the world to collect as much data as they can as the asteroid passes.

It won't be visible to the naked eye, but EarthSky.org says amateur astronomers may be able to see it if they use a telescope that's 8" in diameter or larger. It will look like a slow-moving star.

The system will come even closer to the Earth (but still pretty far away) the next time it swings by, but that won't happen until May 2036.