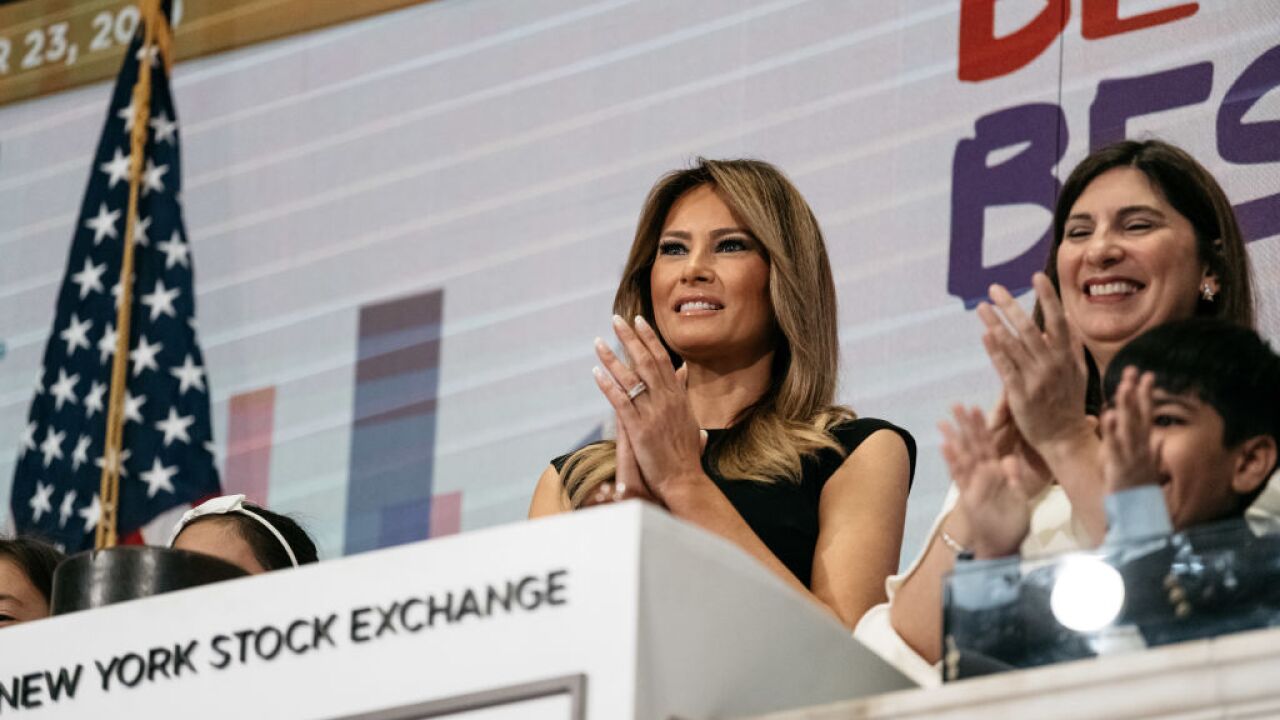 First lady Melania Trump announced on Tuesday afternoon that she had -- ceremonial shovel in hand -- marked the start of construction for a new White House tennis pavilion on the South Lawn.

"Exciting to break ground on the new tennis pavilion project at the White House today," she tweeted. "Thank you to all who will help in making this legacy piece possible for future first families to gather at and enjoy for years to come."

There has been no previous news of the new pavilion from the White House, nor of its projected existence, but in June the National Park Service -- which operates the 18-acre grounds of the White House -- submitted a proposal about the structure and its construction to the National Capital Planning Commission.

The proposal described a two-phase plan. According to the proposal, the first phase will "replace a small building that currently houses a restroom and a storage space on the White House grounds just southwest of the White House itself." The second phase will involve replacing a maintenance building dubbed "The Pony Shed," which is used by National Park Service workers.

The first lady's tweet included three photos of her in a navy coat and her signature high heels, shaking hands and smiling with a group of people. One of the images shows President Donald Trump from behind, also greeting the group, who are not identified.

Shortly after Melania Trump's tweet, her office sent out a press release stating the new pavilion will be funded by private donations. The donors were not listed. The release also said the project was "fueled by Mrs. Trump's ... passion to provide a functional recreational area for all first families to enjoy."

The building proposal from the National Park Service states the pavilion will "provide a unifying element for the tennis court, the Children's Garden and the Kitchen Garden." The White House Kitchen Garden was a project created by then-first lady Michelle Obama, to plant and grow fruits, vegetables and herbs and provide an example of sustainable gardening. The Children's Garden was founded in 1968 by then-first lady Lady Bird Johnson as a place for future first grandchildren to play. It includes cement footprints and handprints of previous presidents' children and grandchildren on a paved pathway, as well as a pond for koi fish and a tree that kids can climb.

Prior to the Trumps moving into the White House, President Barack Obama offered to leave the jungle gym he had erected in 2009 for his two young daughters. Trump declined, and the Obamas donated the jungle gym and swing set to a local organization for those in need.

"As we break ground on the new tennis pavilion, it is a great honor to share this moment alongside the many talented individuals and craftsmen involved in bringing it to fruition," the first lady said in the press release about the pavilion, which notes she helped design it, inspired by the West and East wings of the White House.

The plan proposal states the tennis pavilion will be "approximately 1,200 square feet in area and approximately 18 feet in height," and "clad in limestone and have a copper roof. This new structure will be located west of the existing tennis/basketball court."

"It is my hope that this private space will function as a place to gather and spend leisure time for First Families," Melania Trump added.

In May, she released photographs to the media of a revamped White House bowling alley, which said she also had a hand in designing that. The bowling alley was installed in 1973 under the direction of then-President Richard Nixon, an avid bowler.

Donald Trump, prior to becoming president, was a regular attendee at the annual US Open tennis tournament at the Arthur Ashe Tennis Stadium in Queens, New York, where for several years he had a luxury private suite from which to view the matches, often with family and friends, and the now-first lady.