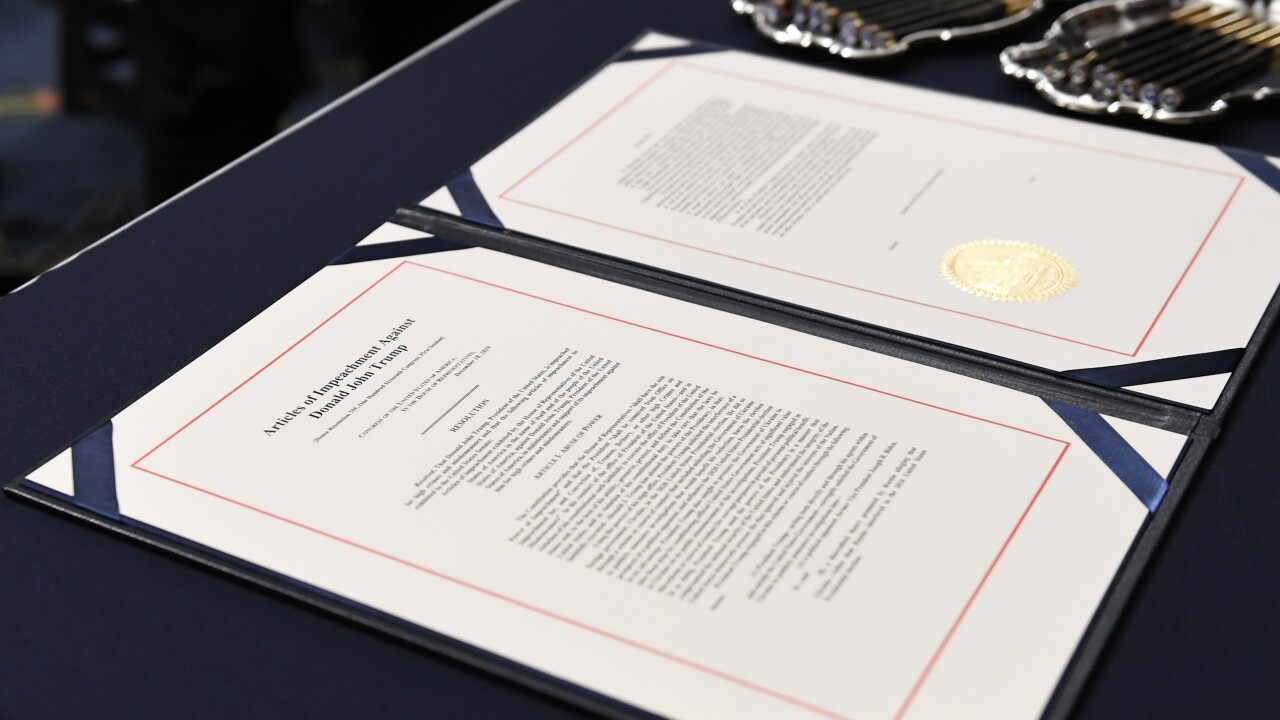 Senate Majority Leader Mitch McConnell is proposing a condensed, two-day calendar for opening arguments in President Donald Trump's impeachment trial, ground rules that are raising objections from Democrats on the eve of the landmark proceedings.

The Republican leader outlined the process in a four-page resolution that will be voted on as one of the first orders of business when senators convene Tuesday. It also pushes off any votes on witnesses until later in the process, rather than up front, as Democrats had demanded.

"We will be able to introduce amendments and we will introduce a whole series of amendments for witnesses, for documents and other ways to straighten out what McConnell has done and make it a real trial," Schumer said.

Each side will be given 24 hours over the course of two days to make their arguments. That means that opening arguments will conclude by the weekend. Arguments are scheduled to begin at 1 p.m. ET on Wednesday. It appears that each day's sessions will not end until 1 a.m., at the earliest.

Decorum rules dictate that senators will not be permitted to talk or use electronic devices during arguments.

After each side makes their arguments, the legal teams for and against convicting Trump will be questioned for up to 16 hours each.