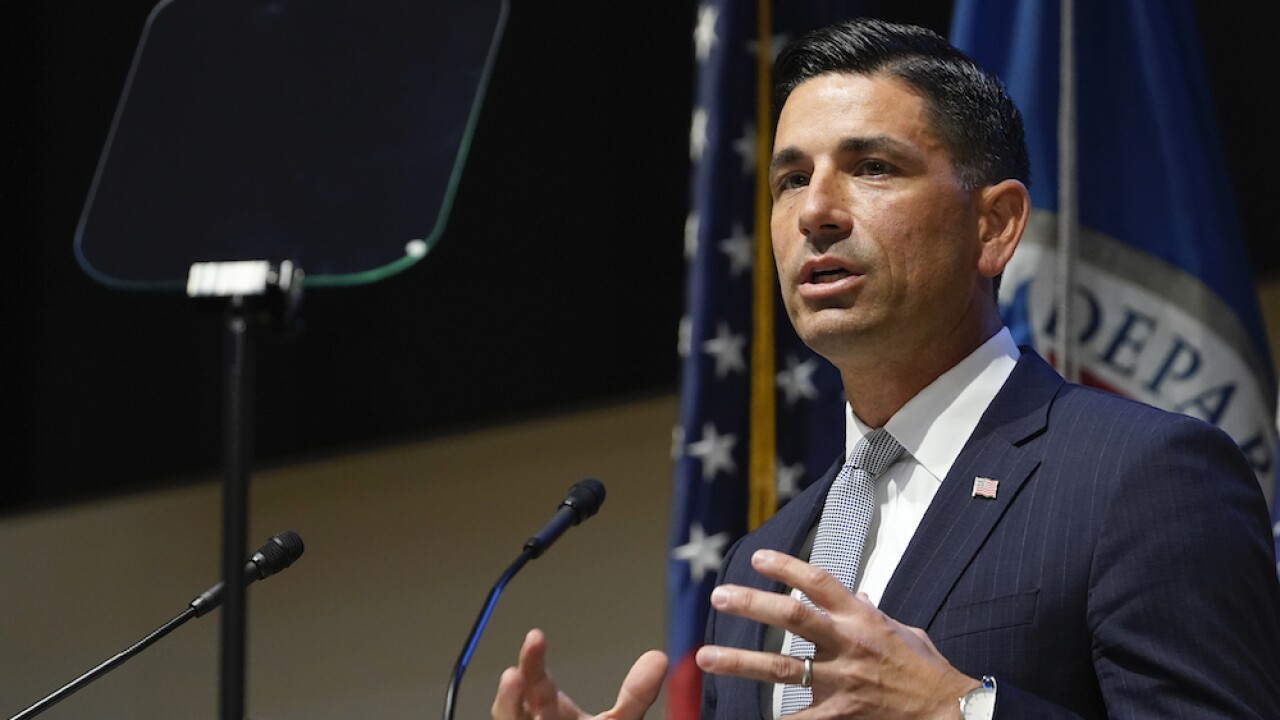 A judge is temporarily barring the Department of Homeland Security from enforcing new asylum restrictions on two organizations.

Dozens of states, cities and counties are suing over the new rules that make asylum seekers wait longer to get jobs.

Previously, the government accountability office also determined that Wold was appointed as part of an invalid order of succession.