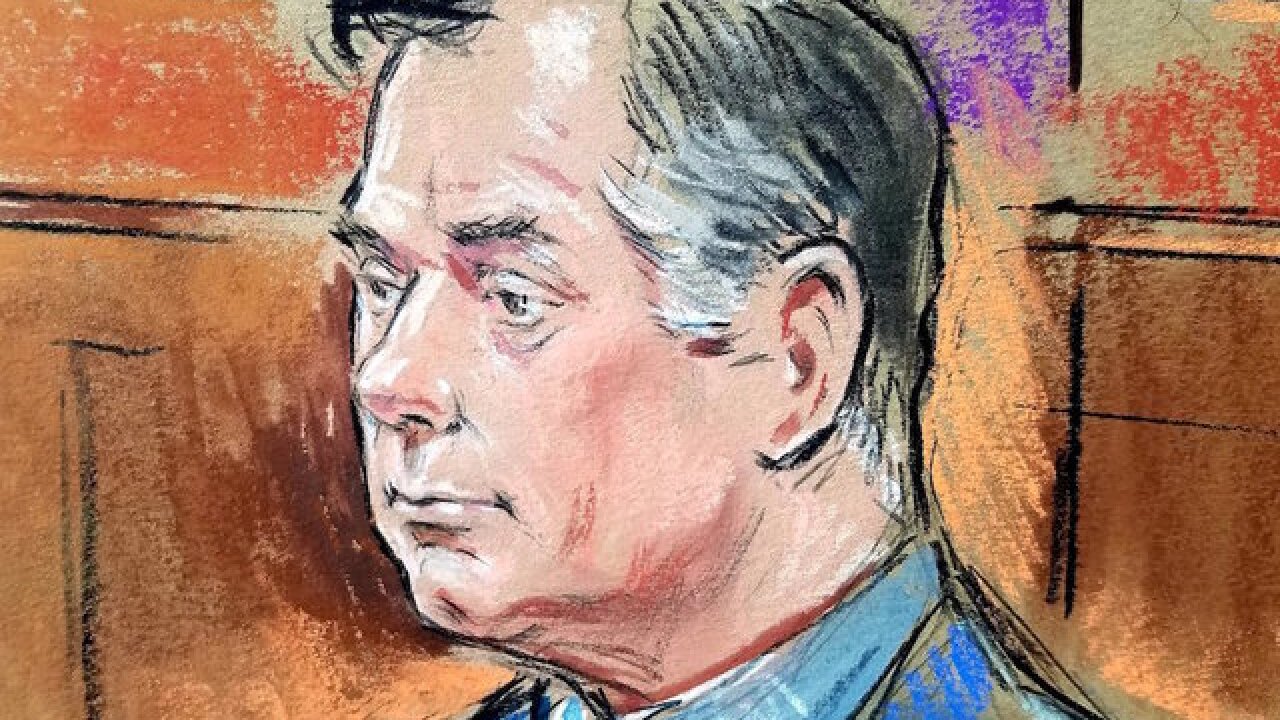 © 2018 Cable News Network, Inc.
Bill Hennessy
<p>Paul Manafort's fate -- and possibly the future of special counsel Robert Mueller's investigation into Russian interference in the 2016 election -- is now in the hands of 12 men and women from Northern Virginia.</p>

The jury in the trial of former Donald Trump campaign chairman Paul Manafort is likely to end a second straight day of deliberations without a verdict.

Jurors debating the 18 charges against Manafort asked Judge T.S. Ellis to end Friday's deliberations at 5 p.m. ET, an indication they may not be near a verdict.

Their note to Ellis came shortly after the judge revealed he has received threats during the course of the proceedings and the President called the trial "very sad."

Ellis did not disclose details about the threats. But he said it was enough to make him wary of making the 12 jurors and four alternates' names public, in response to a request from media organizations.

"I've received criticism and threats. I'd imagine they would too," Ellis said, adding that US Marshals accompany him everywhere, including an unnamed hotel where he's staying, but jurors don't have that protection.

The ruling is not a gag order, and jurors will be free to make individual decisions after the trial of whether or not to speak to the media.

Manafort is charged with 18 counts of tax evasion, bank fraud and hiding foreign bank accounts brought by special counsel Robert Mueller as part of the investigation into Russian interference in the 2016 US election. He has pleaded not guilty to all the charges.

The trial carries major implications for the future of the Mueller investigation. Trump has repeatedly called the probe a "witch hunt" that hasn't found evidence of Russian collusion with his campaign, and his allies in and out of the White House say the special counsel should wrap things up.

At the White House Friday, Trump decried the trial and Mueller probe.

"I think the whole Manafort trial is very sad... I think it's a very sad day for our country," Trump said. "He happens to be a very good person, and I think it's very sad what they've done to Paul Manafort."

An acquittal of Manafort would add to criticism that Mueller's investigation hasn't been worth the time and expense.

A conviction, however, would allow Democrats and Mueller's supporters to say ending the investigation would be premature. A Manafort conviction could also boost Mueller's position as he negotiates with Trump's lawyers over a potential interview.

The trial has not touched on Russia or the 2016 election. Instead, the focus has been entirely on Manafort's finances.

Prosecutors said Manafort had collected $65 million in foreign bank accounts from 2010 to 2014 and spent more than $15 million on luxury purchases in the same period, including high-end clothing, real estate, landscaping and other big-ticket items.

They also alleged that Manafort had lied to banks in order to take out more than $20 million in loans after his Ukrainian political work dried up in 2015 and accused him of hiding foreign bank accounts from federal authorities. Manafort also was charged with receiving loans from the Federal Savings Bank after one of its executives sought a position in the Trump campaign and administration, according to prosecutors.

Defense attorney Richard Westling said Manafort became the special counsel's victim in a "selective process of pulling" his financial records to concoct a narrative of an "elaborate fraud scheme." (Ellis, who has been a colorful, and at times controversial, presence during the trial, later instructed the jury not to consider such characterizations of Mueller's team's motives.)

Manafort faces up to 305 years in prison if convicted on all charges.

'A thirsty press is essential'

Friday morning, Ellis said he plans to make public all bench conferences currently under seal with one exception -- likely the part of the trial where the special counsel's office discussed information about its ongoing investigation.

"A thirsty press is essential in a free country," Ellis said.

Before leaving for the day Thursday, the jury sent Ellis four questions, including one asking whether he could "redefine" the meaning of "reasonable doubt," the legal threshold for acquitting a defendant. Ellis responded that the prosecutors had to prove their case not "beyond possible doubt," but beyond "doubt based on reason."

Two of the questions -- when a person is required to file a foreign banking disclosure and the definition of "shelf" companies -- related to tax and banking disclosures from memorable moments in witness testimony during the trial.

Former Manafort deputy Rick Gates testified that shelf companies -- the type of company Manafort allegedly used to set up bank accounts in Cyprus -- were those that had been already set up on Cyprus' corporate registry so a person would not have to create and name a new company. It's as if they "are already on the shelf," Gates said.

Gates previously pleaded guilty to financial charges brought by Mueller, and he is cooperating with the special counsel. On the witness stand, he admitted to embezzling several hundred thousand dollars from Manafort, his former business partner.

The foreign banking disclosure question goes to one of the defense team's most effective examinations of a witness in the trial.

In that testimony, an agent from the federal Financial Crimes Enforcement Network said multiple people could be required to file foreign banking disclosures on an account. But she also said that if a corporation owned a foreign banking account, it could have its own filing requirement and people who owned less than 51 percent of the company may not have to file.

Manafort and his wife, Kathleen, each owned 50 percent of his Ukrainian political consulting business, DMP International, which held some of the bank accounts. DMP International itself was not indicted -- though as a company it could have been, Ellis had told the jury previously.

Ellis instructed jurors to use their collective recollection for those two questions.

Some of the questions the jury asked Thursday may be answered by the instructions the judge gave them before they began deliberating, which they are able to listen to again.