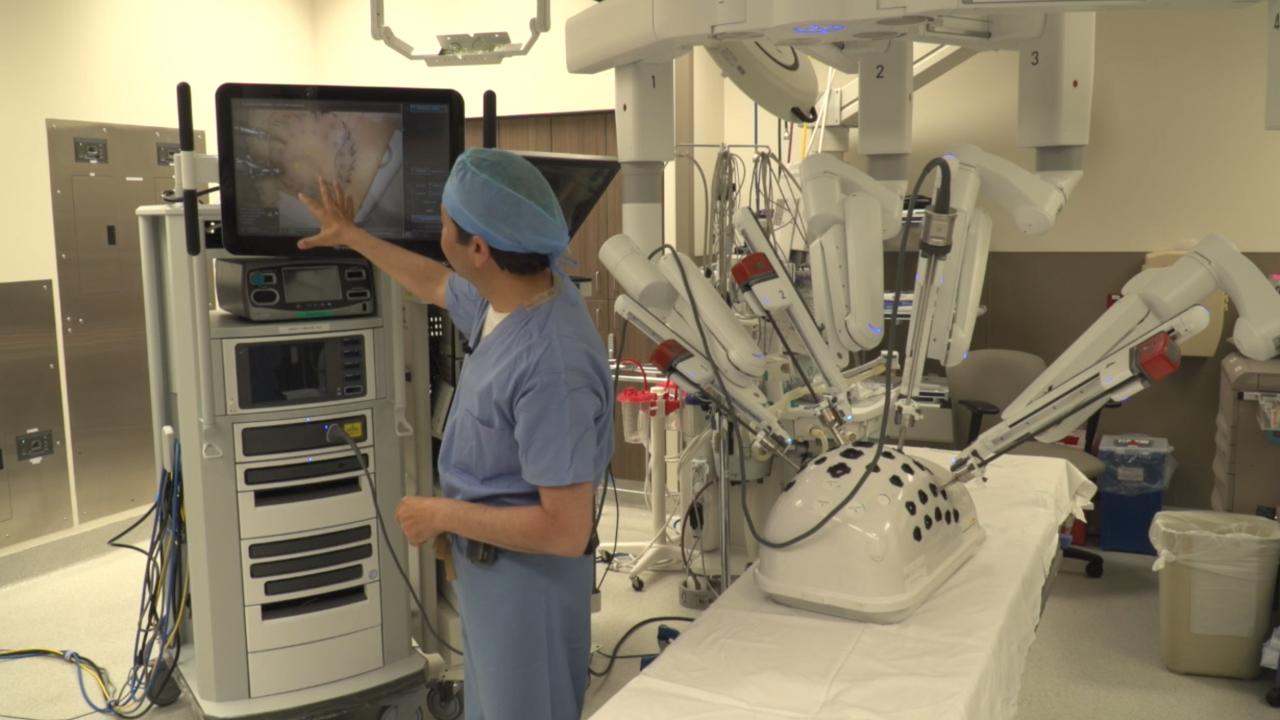 Would you have surgery performed if it was done by a robot? Robotic surgery is now an option at more hospitals across the country.

“The nature of being a SWAT officer can be very taxing on your body,” Canino says. “So, you have to be in very good physical condition.”

But when Canino trained, he noticed something was off.

“My heart would race, primarily when I was working out, it would race,” Canino remembers. “And I'd get short of breath. And I kind of I would just stop what I was doing, and it would go away, and I thought everything was fine.”

But it wasn’t. Canino’s doctors found out a valve in his heart was leaking.

“He said if it wasn't repaired it would continue to get worse and would likely lead to heart failure,” Canino recalls.

He thought he’d have to get open heart surgery. However, his doctor recommended a robot instead.

“We can get inside the heart through these keyhole incisions on the side of the chest, without cutting through any bones,” says Dr. Sanjay Tripathi, cardiothoracic surgeon at Swedish Medical Center.

Dr. Tripathi inserted this camera and robotic arms inside Canino’s chest, and then he sat down at a console inside the operating room where he controlled the robot to do the surgery.

“With the robotic technology, particularly 3D high definition imaging from the camera, we're able to see these fine details that would otherwise be a little bit more difficult,” Dr. Tripathi says.

Swedish Medical Center is the only hospital in Colorado offering cardiothoracic surgeries with the aid of a surgical robot. But they’re becoming available at more hospitals around the country, and patients are seeing big benefits.

“By the third day I was almost completely pain free and needed no pain medication at all,” Canino says.

Not all heart surgeries can be done robotically, but the hope is as technology advances, that will change.