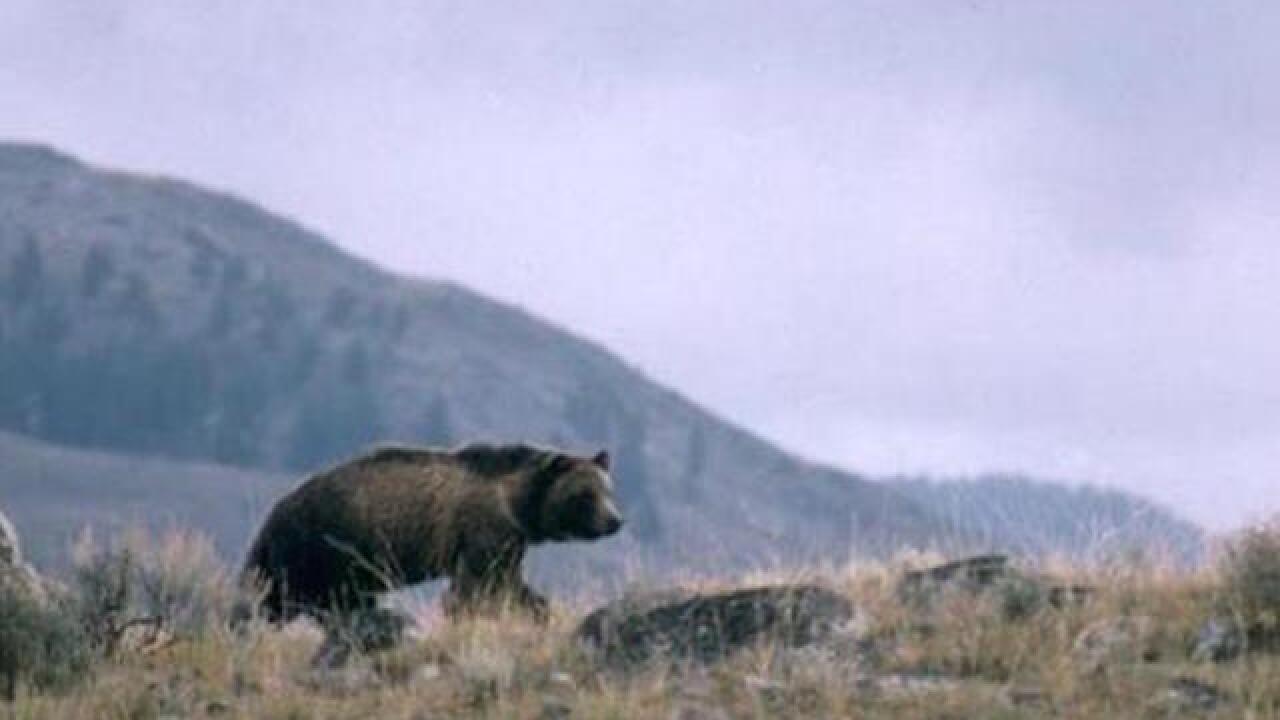 HELENA, Mont. (AP) — The Montana man killed by a bear near Glacier National Park was intimately familiar with both the beauty and the danger of the vast, wild forest that spreads from the shadows of the park's rugged peaks.

But there was seemingly nothing that former park ranger and longtime U.S. Forest Service law enforcement officer Brad Treat could do when he surprised the bear while riding his mountain bike along a trail in that forest minutes from his home.

Wildlife officials came up empty Thursday and Friday in their search for the bruin that killed Treat the day before, and they were not even certain what kind of bear it was or whether it was still in the area. A state wildlife response team set up traps, installed wilderness cameras and flew over the area in a helicopter, but it was not clear how long the search would continue.

"We're taking it one day at a time, seeing what results we get," Montana Fish, Wildlife and Parks spokesman John Fraley said. "You just can't predict what a bear is going to do."

Wildlife officials planned to release an update on Saturday, including their plans to continue the search if the bear hasn't been found, Fraley said.

Treat, 38, was a local boy, having grown up in nearby Kalispell, where he was a standout distance runner in high school. He returned home after attending college in Washington state and Missoula and worked as a seasonal park ranger in Glacier from 1999 to 2001.

He married a local girl, a photographer named Somer Hileman, and became a Forest Service law enforcement officer in 2004. He spent the last 12 years stationed at the remote Hungry Horse District in the Flathead National Forest, whose territory stretches into the untamed Great Bear Wilderness.

"He was quite a guy by what everyone says, a big-time hiker, backcountry traveler who had a lot of experience," Fraley said.

Treat still loved to run as an adult, and he came in eighth in the Spokane Marathon in 2013. His childhood and college friend, Miles Mason, described Treat as "ultra-competitive" and said he used to get awakened by his friend every morning to go run.

Treat was knocked off his bike Wednesday after he and another rider apparently surprised the bear while riding along a Flathead National Forest trail less than a mile from his home, authorities said. The other rider, a relative of Treat's whose name was not released, went to get help and was not hurt.

"They are traumatized and affected by this, grieving the loss of a comrade," she said.

Forest Service officials were working with the family on funeral arrangements, she said Friday.

Bears that attack humans are killed if it is found that they displayed predatory behavior, such as stalking the person or consuming their victim.

In this case, officials said is too soon to say what will be done to the bear if it is found. They are trying to determine if the animal was a mother with cubs, was protecting a food cache or simply reacted to the sudden appearance of the bikers, wildlife department spokesman Ron Aasheim said.

To confirm whether they have the right bear, wildlife officials typically collect DNA from the animal to compare it with evidence at the scene, analyze bite marks and other injuries on the victim, and examine the animal's claws, jaws and feces for human remains.

Officials said they are testing DNA to establish whether a grizzly or a black bear killed Treat. However, they won't know until next week whether the samples they collected at the site of the attack will be usable, Fraley said. If a bear is trapped, it would be held until then.

An autopsy also was performed on Treat, and the evidence gathered could help determine the size, age and sex of the bear, narrowing the search, Flathead County Sheriff Chuck Curry said.