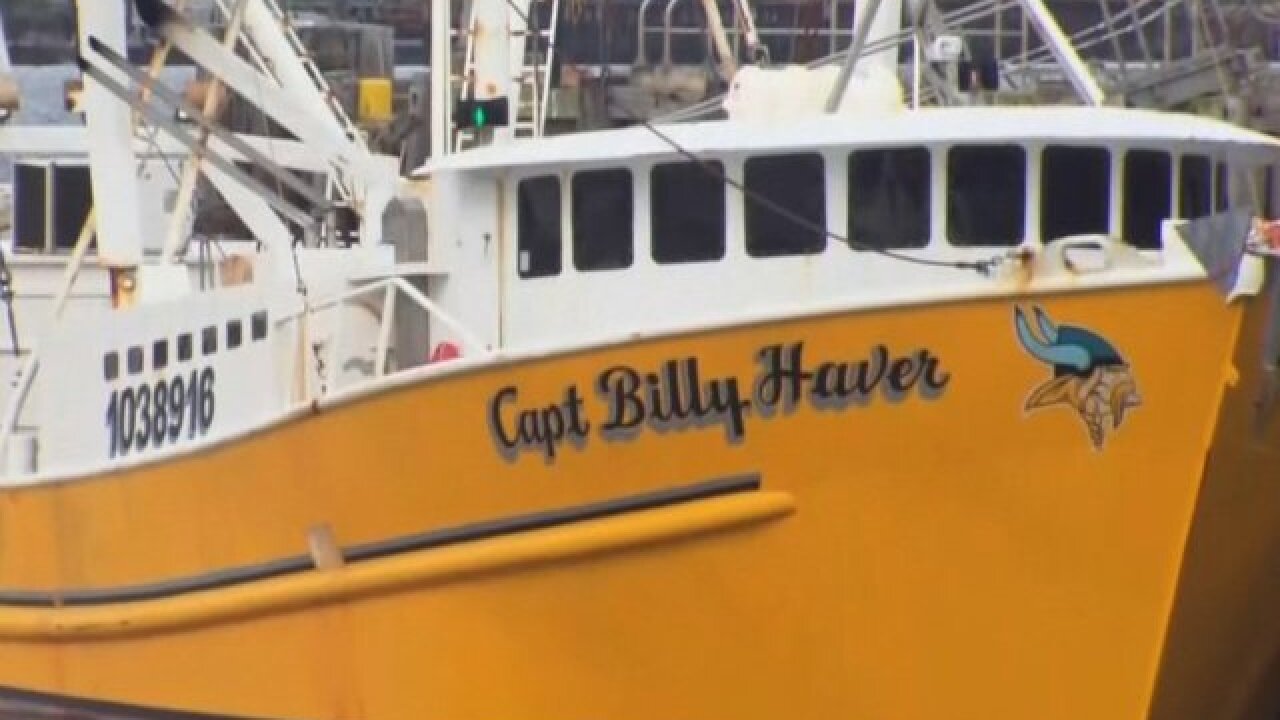 © 2018 Cable News Network, Inc.
WBZ
<p>A Mexican man has been charged with murder in an attack on the Captain Billy Haver, a fishing vessel.</p>

A man has been arrested and charged with killing a fellow crew member and injuring two others aboard a fishing boat off the coast of Massachusetts.

Mexican national Franklin Freddy Meave Vazquez, 27, faces one count of murder and one of attempted murder and will appear in a Boston court at a later date, U.S. Attorney Andrew E. Lelling said in a statement Monday.

CNN has reached out to the US attorney's office in Massachusetts for more information. It is unclear if Vazquez has been assigned legal representation.

Vazquez was one of seven crew members sailing Sunday aboard the Captain Billy Haver, a fishing vessel about 55 miles off Massachusetts, according to an affidavit filed by a special agent in the US Coast Guard.

Vazquez then allegedly struck a third crew member with a hammer before climbing up the ship's mast to escape other crewmen who tried to capture him, according to the US attorney's office.

A German cruise ship, the Mein Schiff 6, responded to a distress call from the fishing boat's captain, the affidavit said.

Two of the wounded crew members were taken aboard the cruise ship. One was pronounced dead at the scene, according to the affidavit.

"They bring back two persons, one was sitting and bleeding at the head, very very strong, and everywhere was blood, all over the face, and one person was lying there, and I don't know what happened to him," Alex Goebbel, a witness aboard the German ship, told CNN affiliate WBZ in Boston.

WBZ reported that the fishing boat was based in Virginia.

Court documents indicate that Vazquez was in the United States illegally.

In March, Vazquez was arrested in Newport News, Virginia, accused of abduction by force, intimidation, or deception, according to the affidavit. He was released on bond. On April 2, he was placed in immigration proceedings but released from US Immigration and Customs Enforcement custody on April 23, the affidavit said.

If convicted, Vazquez faces up to life in prison for the murder charge and up to 20 years in prison for attempted murder. Lelling's office said Vazquez would be subject to deportation proceedings after completing any sentence imposed.