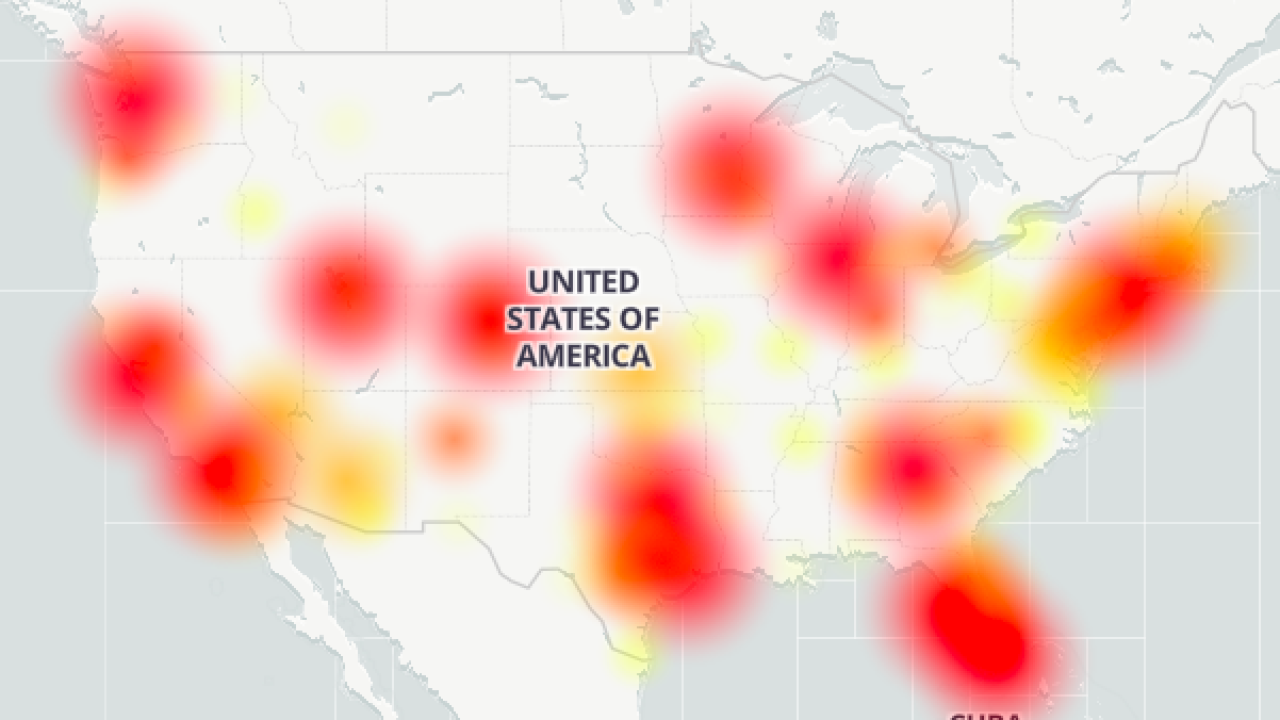 Major wireless carriers are experiencing outages throughout the United States.

According to service-tracker Down Detector, T-Mobile began experiencing outages at 12:42 p.m. ET. By 2 p.m., 110,822 users were experiencing problems.

The outages continued throughout Monday evening, with some improvement. By 9:30 p.m. ET, more than 16,500 T-Mobile customers were still without service, Down Detector said.

Down Detector said some cities that were experiencing the most problems with T-Mobile were in Miami, Brooklyn, Orlando, and Atlanta.

T-Mobile's Executive Vice President and Chief Technology Officer Neville Ray said the company was aware of an issue and they were working to resolve it.

"Our engineers are working to resolve a voice and data issue that has been affecting customers around the country," Ray tweeted. We’re sorry for the inconvenience and hope to have this fixed shortly."

Our engineers are working to resolve a voice and data issue that has been affecting customers around the country. We’re sorry for the inconvenience and hope to have this fixed shortly.

According to Down Detector, 92% of U.S. Cellular's customers reported problems with their phone.

"Verizon’s network is performing well," Weissmann stated. "We’re aware that another carrier is having network issues. Calls to and from that carrier may receive an error message. We understand Down Detector is falsely reporting Verizon network issues. Sites such as Downdetector.com utilize limited crowdsourced data drawn from sample social posts which are often statistically insignificant or factually incorrect. A lot of factors can contribute to a false report on a third-party website … a faulty device, network traffic that slows but doesn’t inhibit connections, commercial RF blockers, human error, network issues impacting other carriers, and more. These types of sites do not evaluate and confirm the crowd-sourced data that they receive, they simply aggregate it and report it. The result can be faulty reports of network performance interruptions causing wide-spread miscommunication for wireless users."

#Instagramdown was trending on Twitter and some social media users at our sister station KSTU, noticed that Facebook Messenger wasn't working properly.

Sprint, AT&T, U.S. Cellular, and Verizon began showing outages about an hour after T-Mobile, according to Down Detector.