LeBron James: Neither the Cavs nor the Warriors want an invite to the White House 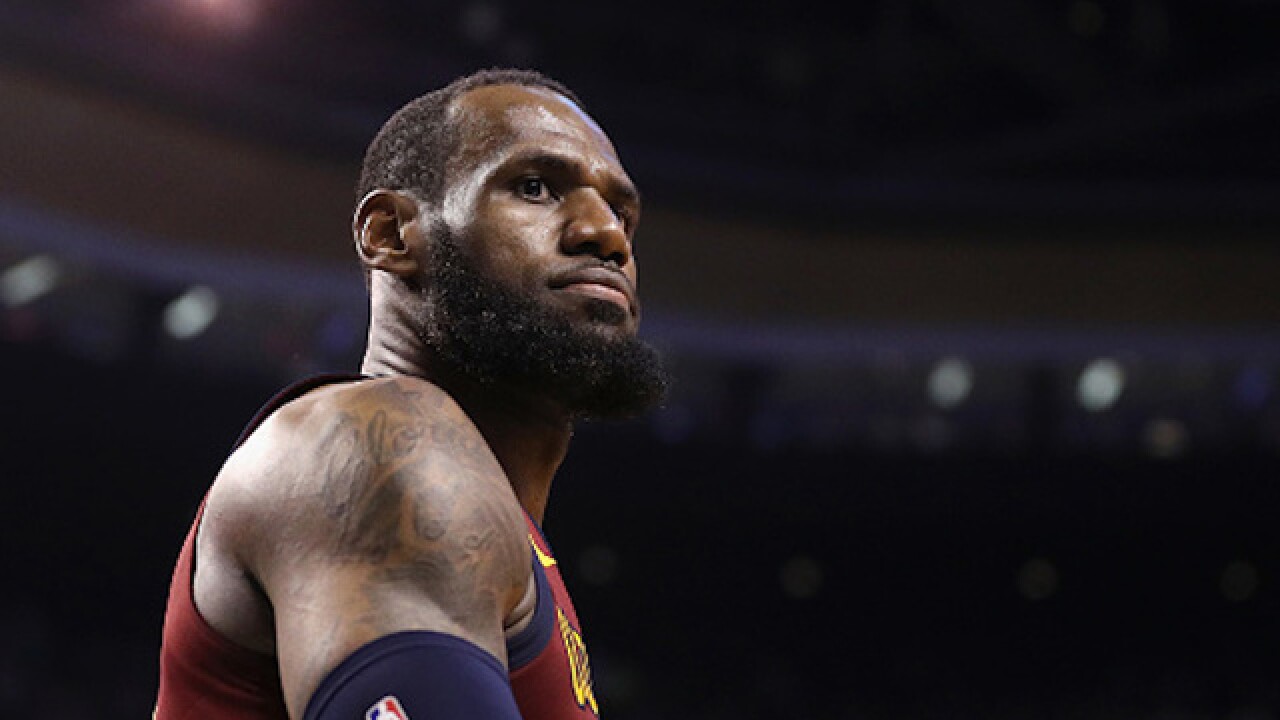 Image copyright 2018 Getty Images. All rights reserved. This material may not be published, broadcast, rewritten, or redistributed.
Maddie Meyer
<p>BOSTON, MA - MAY 15: LeBron James #23 of the Cleveland Cavaliers reacts in the second half against the Boston Celtics during Game Two of the 2018 NBA Eastern Conference Finals at TD Garden on May 15, 2018 in Boston, Massachusetts. NOTE TO USER: User expressly acknowledges and agrees that, by downloading and or using this photograph, User is consenting to the terms and conditions of the Getty Images License Agreement. (Photo by Maddie Meyer/Getty Images)</p>

No matter who wins the NBA Finals, it's unlikely either team will celebrate their championship at the White House.

In an interview on Tuesday, Cleveland Cavaliers star LeBron James was asked about President Trump rescinding his invitation to the Super Bowl champion Philadelphia Eagles.

"It's typical of him. I'm not surprised ... I mean, no matter who wins this series, no one wants the invite (to the White House). It won't be Golden State or Cleveland going," James said. "We have a lot of freedom in our country. Guys, male and female, have the right to do what they want to do in a very respectable manner. I think if they decide if they don't want to go, they have the right."

The Warriors did not receive an invitation to the White House following their 2017 NBA Finals victory, and many players and head coach Steve Kerr gave statements saying they would not accept such an invitation if it were offered.

Trump rescinded his invitation to the Eagles on Monday, less than a day before the scheduled event in the Rose Garden of the White House. Trump cited ongoing player demonstrations during the national anthem as his reason for canceling the event, though no Eagles players even knelt during the anthem in the 2017 regular season.

Reports indicate Trump canceled the event after White House officials were told only about 10 players would attend the event.