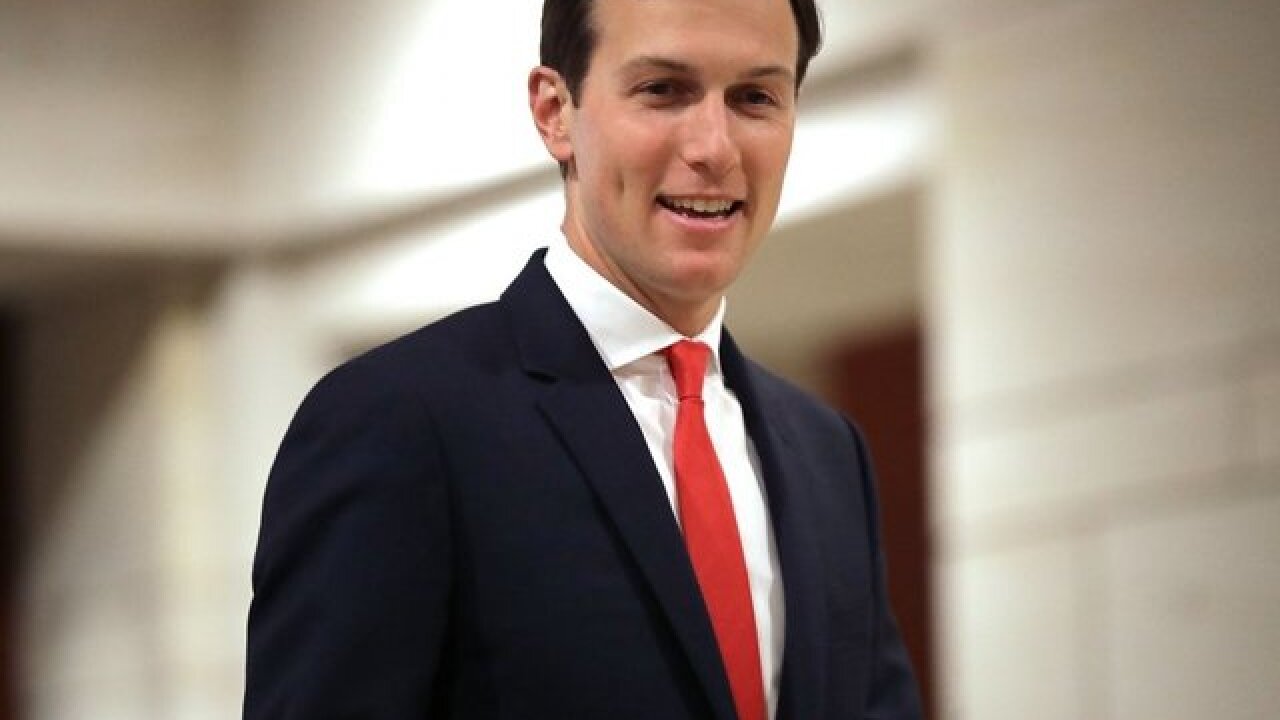 According to the Times, Kushner met with Joshua Harris, one of the founders of Apollo Global Management, on multiple occasions while advising the Trump administration on infrastructure policy, three people familiar with the meetings said.

The topic of a job at the White House was also brought up, though never materialized. In November 2017, Apollo's real estate group lent Kushner Companies $184 million to refinance the mortgage of a Chicago skyscraper. The size of the loan, according to the Times, was triple the size of their average property loan.

And Citigroup's chief executive, Michael Corbat, met with Kushner in the spring of 2017, the Times reported, citing people briefed on the meeting. A short time after, the group lent Kushner Companies $325 million for some of its Brooklyn properties.

CNN has not independently confirmed The New York Times' report. Peter Mirijanian, a spokesman for Kushner's attorney Abbe Lowell, did not deny that Kushner took meetings to "hear about ideas for improving the American economy" but said the senior adviser has had no role with Kushner Companies since joining the Trump administration.

"He has followed the ethics advice he has received for all of his work, which includes the separation from his business and recusals when appropriate," Mirijanian said.

Christine Taylor, a spokeswoman for Kushner Companies, said Kushner's White House position has no impact with the company's affairs with financial institutions. CNN has reached out to the White House for comment.

The news is the latest in a series that call into question Kushner's ability to effectively work in the West Wing given his complex business ties.

On Thursday, CNN reported that the Department of Financial Services, the New York regulator, sent a letter last week to Deutsche Bank, Signature Bank and New York Community Bank seeking information about financial arrangements, such as loans and lines of credit, with the Kushner Companies and the family members, the source said.

CNN also reported earlier this week that Kushner has been stripped of his access to the nation's top secrets after chief of staff John Kelly mandated changes to the security clearance system. Kushner had been working on a temporary clearance, but, under the new system, aides who previously had "top secret" interim clearances saw their access downgrade to the less sensitive "secret" designation.