Kraft pumpkin spice mac and cheese rolling out in October

But it'll only be available in Canada 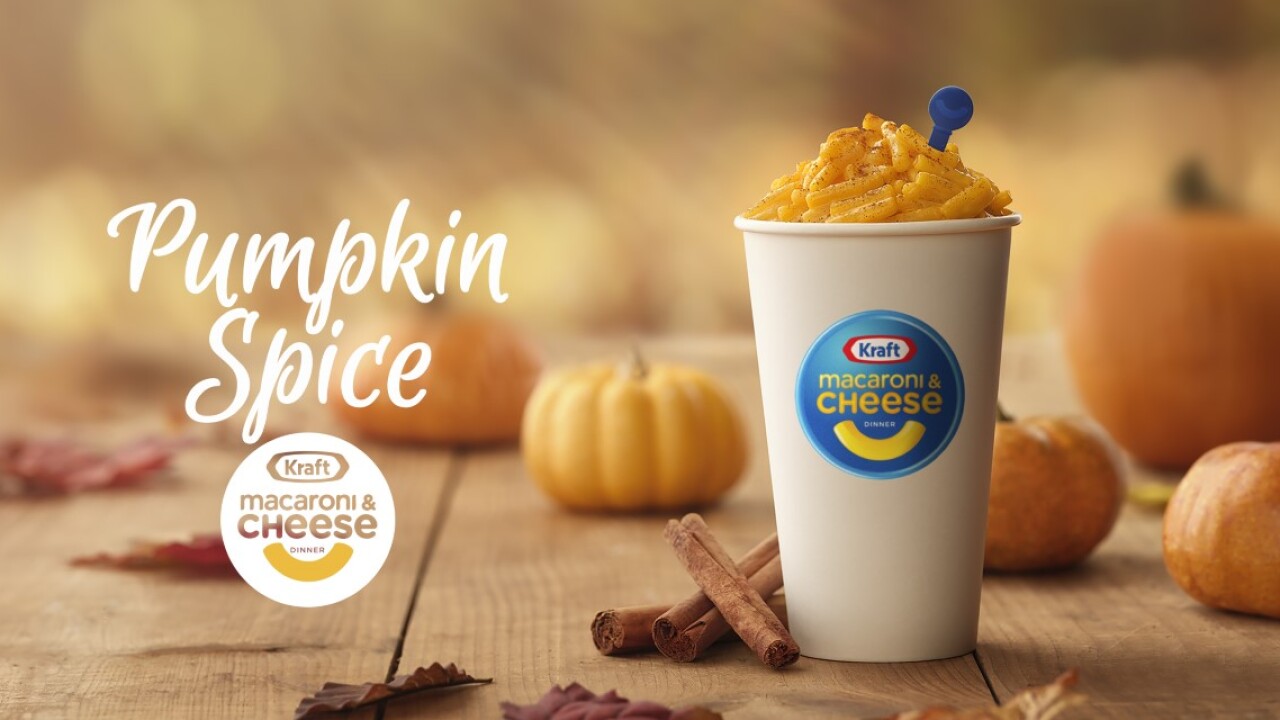 But there's a catch. Kraft said in a press release that only 1,000 on a waiting list would get to have it.

Since the launch of the waiting list, Kraft said over 30,000 Canadians signed up in less than 48 hours.

And with it being so popular, Kraft said the tasty treat is coming to the U.S.

“After seeing the huge response Pumpkin Spice Mac & Cheese received north of the border, and even hearing some heated debates about it down here, we had to bring it to the U.S. for Americans to try,” said Martina Davis, Brand Manager for Kraft Macaroni and Cheese in the press release. “Who knows? Maybe it could become a new North American fall favorite.”

If you would like to get your hands on the mac and cheese, you have from Sept. 25-29 to enter for a chance to snag yourself a box. For a chance to win, use hashtags #PumpkinSpiceKMC #Sweepstakes and tag @KraftMacNCheese on Twitter, the company said in the release.

The box comes with dry macaroni noodles, and pumpkin spice flavored powder to add to the classic cheese powder, plus cinnamon, which you can sprinkle on top and a coffee mug.