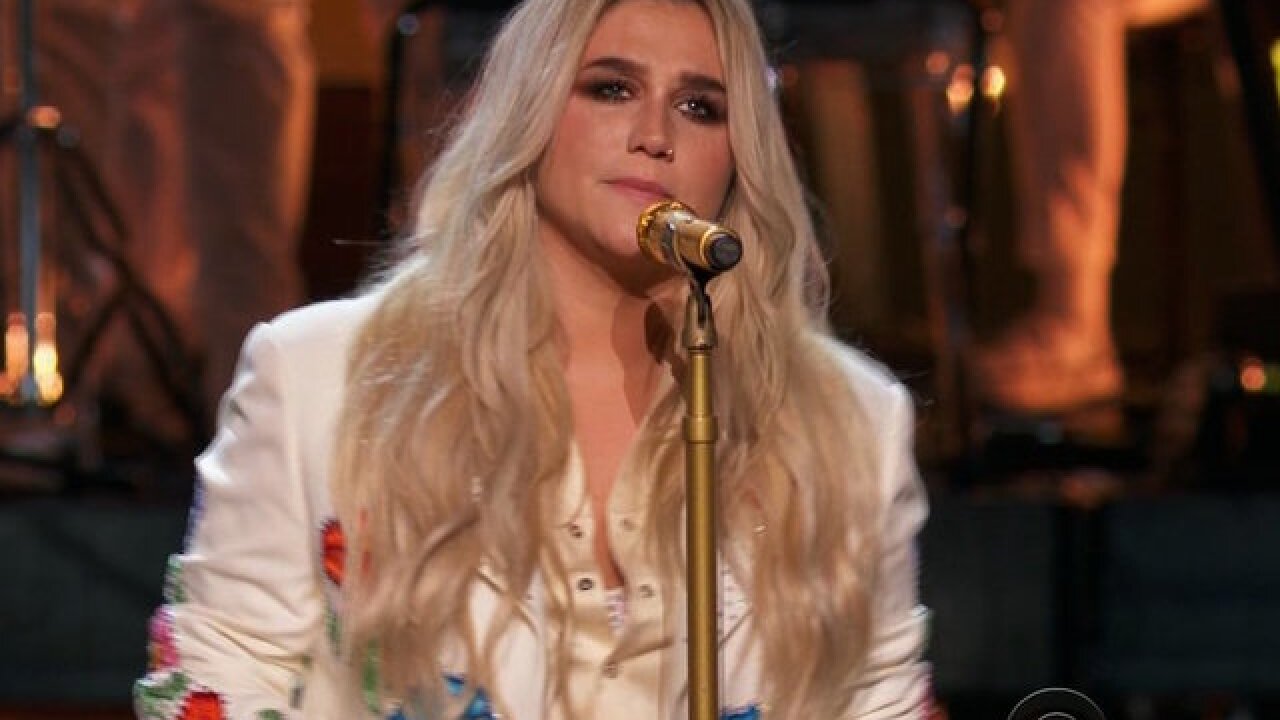 Kesha's prayers have been answered with a show of solidarity.

After her performance, Kesha quoted lyrics from her song in a message of gratitude posted on Twitter.

"'After everything you've done I can thank you for how strong I have become,'" she tweeted. "Thank you to the @RecordingAcad, the women on stage with me tonight, and everyone who has supported me through this whole journey."

The singer has been tied up in a long back-and-forth legal battle with producer Dr. Luke (real name Lukasz Gottwald), stemming from 2014 allegations that he drugged, emotionally abused and sexually assaulted her.

Gottwald has long denied those claims.

Singer and actor Janelle Monae, who introduced Kesha on the stage, gave a strong rebuke of sexual misconduct and gender inequality in entertainment and across industries.

"We come in peace, but we mean business," she said, while donning a Time's Up pin.

Earlier in the evening, Kesha lost out to Ed Sheeran's "Shape Of You" for best pop solo performance.